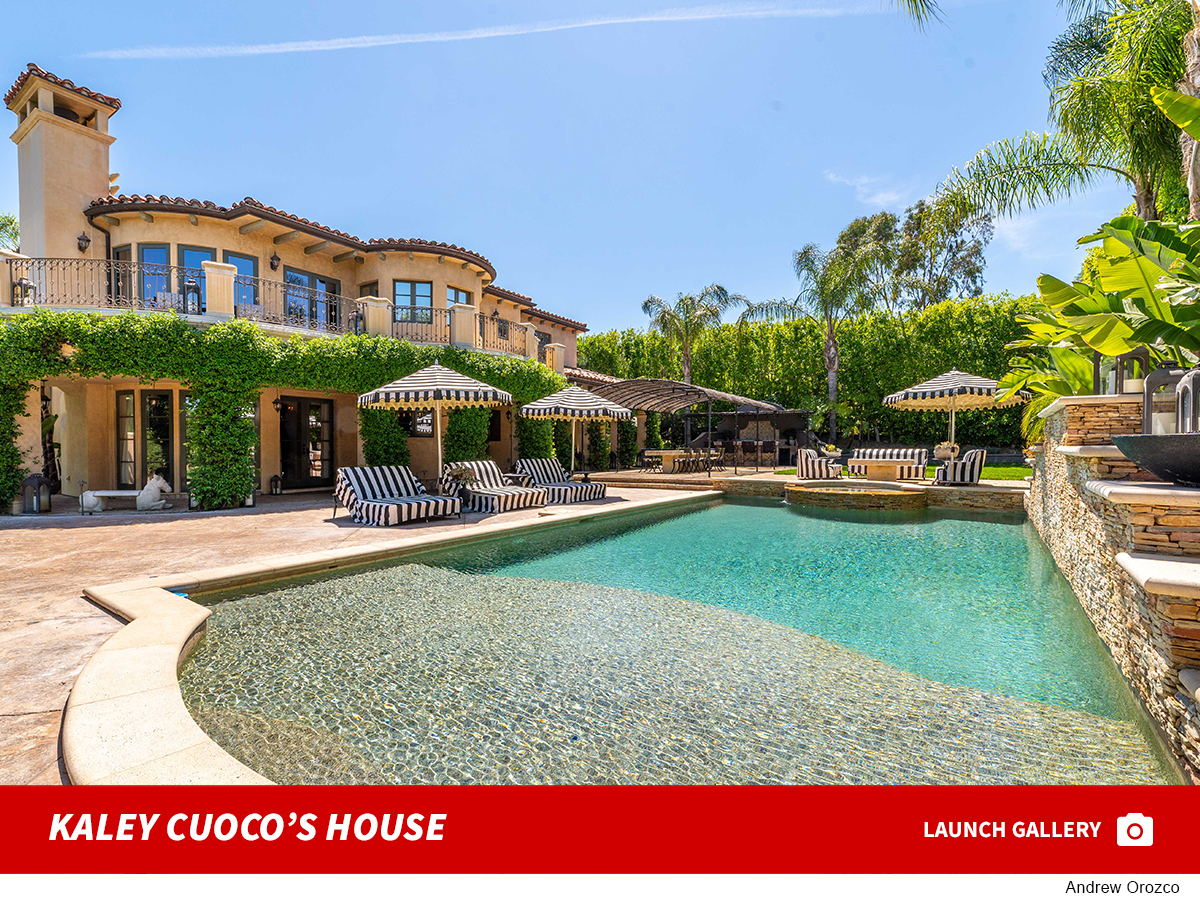 Kaley Cuoco is moving on, not just from “The Big Bang Theory” … she’s also unloading her awesome estate.

The 7 bedroom home is in a super secure gated area.  Some of the celebs who have lived there or still call the place home include Kevin Hart, Khloe and Lamar, Kendall Jenner, Bruce Willis, Chris Tucker, Christina Aguilera, Charlie Sheen, Paris Hilton, Slash and Magic Johnson.

As for Kaley’s home, listed by Keller Williams agent Stephanie Vitacco, it’s 8,000 sqare feet, customized to the 9’s, has a library, an amazing outdoor entertaining area, and a pretty awesome backyard with a pool.

“Big Bang,” pretty much the most popular comedy during it’s run, is wrapping after 12 seasons.  The show wraps May 16th.  Kaley, who plays Penny, says, “It’s broken my heart. I am so sad that it’s ending.  For the record, I would have done 20 more years.”

Well, the 33-year-old now has new territory to conquer, both in show biz and real estate.