Home » Celebrities » Kamala Harris: Unity is not a Hallmark card, it’s when ‘everyone has an equal voice’

Kamala Harris: Unity is not a Hallmark card, it’s when ‘everyone has an equal voice’ 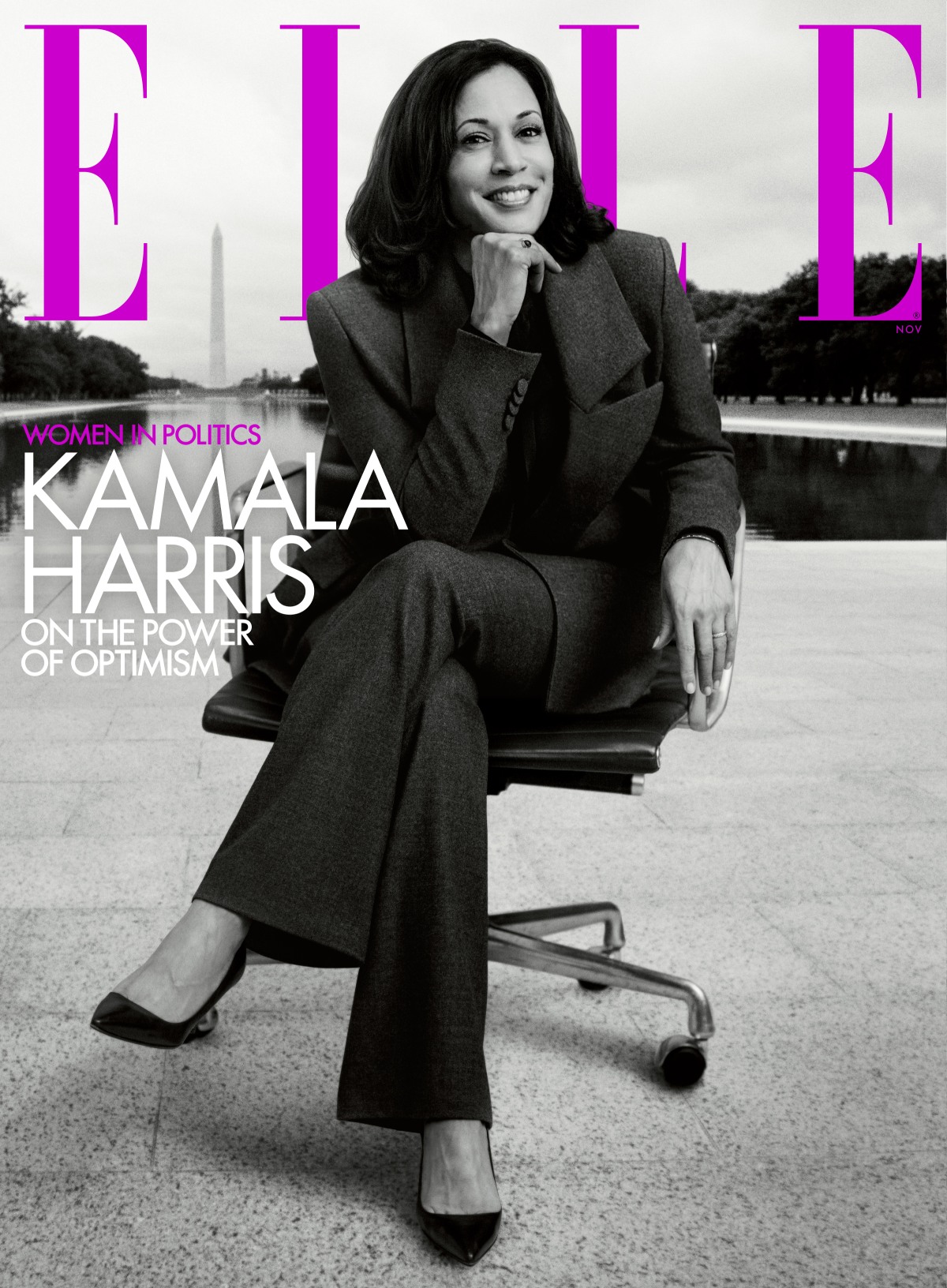 Kamala Harris covers the latest issue of Elle Magazine. It’s beautiful black and white shot, although I think her pose (chin on hand) is a bit… cheeseball. But wouldn’t it be nice? Wouldn’t it be nice to go back to a time when the big political story of the day was “Wow, Kamala looks kind of cheeseball on Elle?” God, I would love that. I will do anything to get there. As for the interview… Elle is clearly picking sides, because how could you not. The interview isn’t particularly hard-hitting, but they didn’t lob softball after softball at her either. And thankfully, they didn’t ask her about hair, makeup or fashion (although I would love to hear her talk about ALL of that). You can read the full piece here. Some highlights:

A story about the Muslim Ban: She was getting calls from lawyer friends, “‘Kamala, they’re not letting us talk to our clients.’” This would not do. “I’m used to being in the executive branch and getting things done,” Harris says of her time as attorney general of California. “And not having to ask permission. In fact, that’s why I’ve run for most offices I have run for, because I’m not so good sometimes at asking for permission.” She was new to the Senate, but being new hadn’t ever stopped her from getting things done before. Somehow she found the home telephone number of General Kelly, who at the time was secretary of Homeland Security, and called him up. “First thing he says to me: ‘How’d you get my number? Why are you calling me at home?’” The look she gives me—raised eyebrows and a slightly curled lip—indicate that his greeting, also, would not do. She says she told him she was calling “Because I’m a United States senator who represents one out of 11 Americans, and you right now have a situation that you need to explain to me about why your people aren’t letting them see their lawyers.”

What unity really means: “[Unity] is not what some people might think, which is, ‘Hey everybody, come in the room, we’re all in the room together.’ No. Because what if one person in that room is telling another, ‘Oh, tone that down a little bit. This is not a time to talk about that. Be a little bit quieter about that for the sake of unity.’ That’s not unity. Unity is when everyone is respected and has an equal voice. We have to be very clear-eyed about what we mean, and that what we mean is not about a Hallmark card.”

The evolution of what justice means to her: Her ideas about the best ways to demand and achieve justice have gotten more progressive over time, but she still faces criticism about her past as a prosecutor. She is not ashamed of having evolved her perspective and hopes the current moment is the beginning of something, not the end. “What I hope and pray is that we can get to a point where, through what are undoubtedly difficult conversations, we confront the real history of America. Doing it in a way that is motivated by love, but also is fully honest.”

The night Donald Trump “won” the presidency. “My godson, Alexander, who was seven years old at the time, came up to me, crying, and said, ‘Auntie Kamala, they’re not going to let that man win, are they?’ And you know the babies in your life.…” She closes her eyes and swallows. “I held him. I mean, it still brings me pain to remember how he felt, and what it made me feel, which is that I needed to protect this child. I had one way, in my mind, I thought the evening would go. And then there was the way it turned out. And so by the time I took the stage, I had ripped up my notes, and all I had was Alexander in my heart. And I took the podium and I said, ‘I intend to fight. I intend to fight.’”

Wow she called John Kelly at home when she was only a couple of months on the job and he tried to bitch her out and she was like “bitch, do YOU know who I AM?” I love her. I want her to be our next vice president so badly. It’s not that I think she’ll do everything perfectly and she’ll hold perfectly progressive opinions. It’s because she knows her worth, because she will fight and argue and get sh-t done. Even if she and Dr. Jill have to drag Joe Biden along to get it done.

Cover and IG courtesy of Elle.