Home » Celebrities » Kanye West & Irina Shayk Seeing Each Other For ‘Months’: See The Evidence From April

Kanye West & Irina Shayk Seeing Each Other For ‘Months’: See The Evidence From April

Kanye West and Irina Shayk’s romance is not new, according to a new report. There’s even evidence that links the two hanging out at the end of April!

At the end of April, Irina Shayk was photographed out and about in New York City wearing an oversized shirt that honored the late DMX. The shirt was created by Balenciaga and created to raise money for the late rapper’s family. However, it was Kanye West’s Yeezy brand that commissioned the creation of the t-shirts, which raised $1 million for DMX’s loved ones. 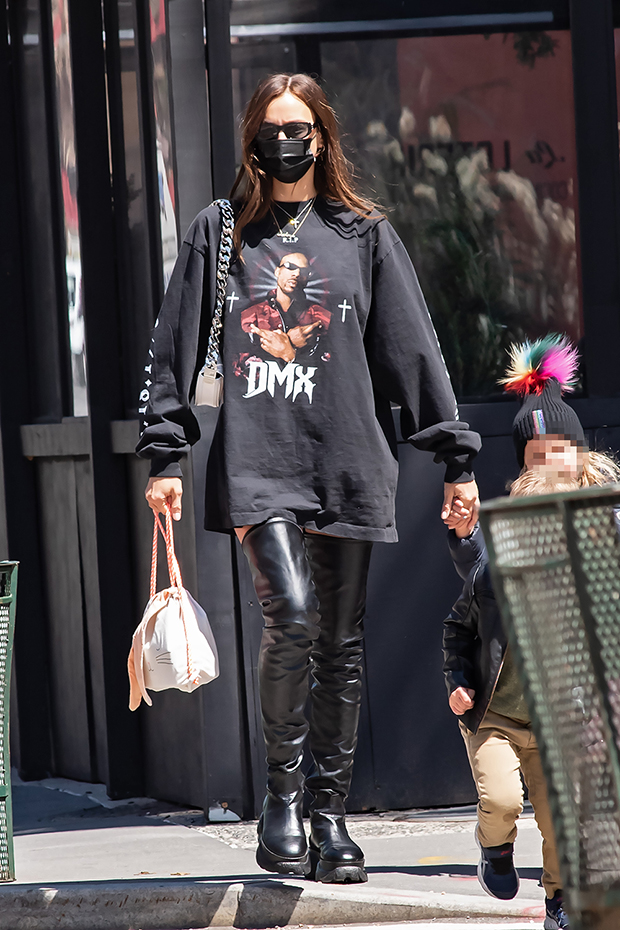 Of course, now that Irina and Kanye have been photographed hanging out and are rumored to be dating, this ensemble from April takes on a whole new meaning! When the model was seen wearing the tribute shirt, it was just two days after they went on sale. The general public who ordered their DMX shirts wouldn’t have even received them by the time Irina was wearing it — so she clearly someone on the inside to help her get her hands on the clothing earlier!

Kanye was actually in New York City to attend DMX’s memorial in late April, which was one of the times he and Irina hung out, according to TMZ. The site also reports that Kanye and Irina have already been seeing each other for “months,” with the relationship beginning “as early as March.” However, the two were not photographed together until Kanye’s birthday on June 8. 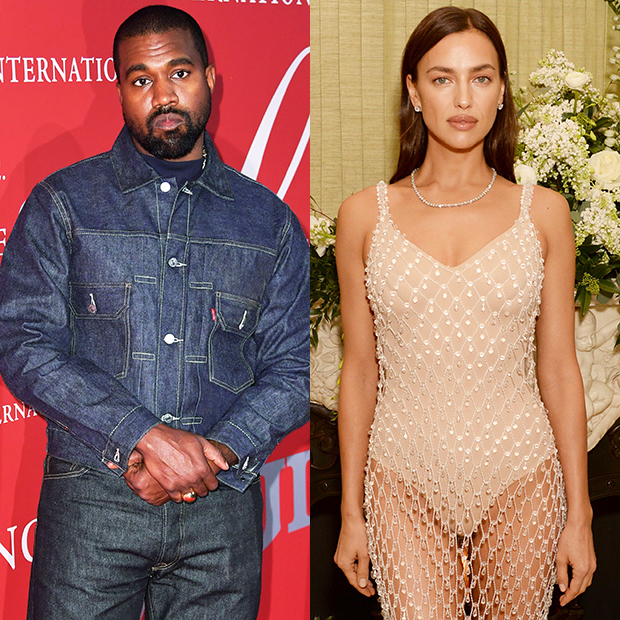 The rapper and supermodel spent Kanye’s birthday in France. After the trip, they were photographed returning to New York on a private jet on June 9. These two have known each other for years, though — Irina made a cameo in Kanye’s video for “Power” in 2010, and was name-dropped on his song “Christian Dior Denim Flow” that same year. She also walked the runway for his Kanye West label at Paris Fashion Week in 2012. Irina has continued to support ‘Ye’s fashion career since then.

During most of this time, though, the two were involved with other people. Kanye, of course, has been with Kim since 2012. They tied the knot in 2014 and have four kids together, but Kim filed for divorce in Feb. 2021. Meanwhile, Irina famously dated Cristiano Ronaldo, followed by Bradley Cooper, who she shares a four-year-old daughter with. The two split in 2019.