Home » Celebrities » Kate Garraway husband: Who is Derek Draper? How long has he been in coma? Kate Garraway has revealed her husband, Derek Draper, has opened his eyes in an interview with HELLO! Magazine today. Speaking to the publication, she said her family regularly speaks with him despite his intensive state and feels he can understand the medical staff caring for him.

Who is Derek Draper?

Derek Draper is Kate Garraway’s husband of 15 years, as the couple tied the knot in 2005.

Mr Draper is a former English lobbyist and political adviser, as well as an author of two books.

He was also a longtime member of the Labour Party, having resigned in 2019. 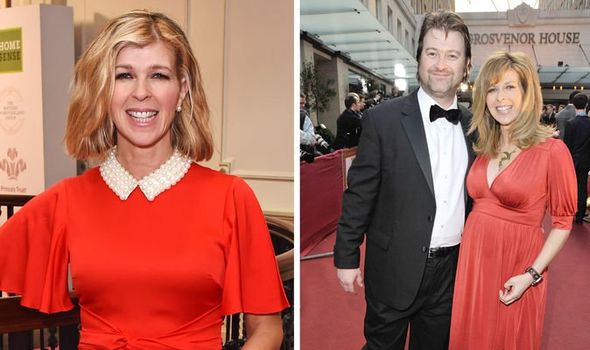 Speaking at the time he said: “Well, after what must be 35+ years I have left the Labour party.

“I didn’t seem to have a choice, as you can’t really be a member of a party and then vote for another. It’s not just about Corbyn, I’m not sure I’ve felt “Labour” for some time.

“It seems to me that the party is basically stupid and then every now and again sensible people have to take it over so it can win but what an effort that is and it never lasts.”

Mr Draper married Kate Garraway in 2005, and the couple has two children together

How long has Derek Draper been in a coma?

Mr Draper was admitted to hospital in March this year with COVID-19, at the height of the pandemic.

Doctors admitted him into intensive care and later put him in an induced coma.

He had remained comatose until early June this year and has since opened his eyes.

Speaking to HELLO! Magazine today, she said he is still in intensive care but has shown response to hospital staff.

She and her children continue to speak with him every day regardless, Mrs Garraway added.

She said: “We’re keeping positive and doing everything we can to bring him round.

“The children and I communicate with him every day on FaceTime, while a nurse holds his iPad.”

The Good Morning Britain presenter added she believes her husband can hear and is doing everything she can with doctors.

She continued: “I really believe he can hear. When medical staff say: ‘Good morning, Derek,’ he sometimes opens his eyes.

“We and the doctors are doing everything we can so that he can start to recover.”

Previously Mrs Garraway has spoken out about her family struggles, and said in the meantime she is “refocusing on hope” and the belief they will “pull through this together”.