The Duchess of Cambridge has made a virtual appearance in honor of International Women’s Day.

In a video call shared on the royal family’s official YouTube channel today, Duchess Kate speaks with Jasmine Harrison, who last month broke the world record as the youngest woman to solo row the Atlantic Ocean. The voyage took her 70 days, 3 hours, and 48 minutes, The New York Times reported.

“I think you’re such an inspiration to lots of young women out there,” the duchess said in a call that took place last week. She also asked Harrison about her training process and if she spoke to other women as she prepared for the big race. Turns out, Harrison chatted with the previous record holder, who is from the United States, in the lead-up to her big trip.

“If somebody’s going to break my record, you’ve gotta do it right,” Harrison recalled hearing in the conversation.

Kate also brought mental health into the conversation. She, Prince William, and Prince Harry launched the Heads Together campaign in 2017 to help fight the stigma surrounding mental health and support those who are struggling with their mental and emotional well-being.

“To do a challenge like this, it needs all the elements and all those positive sides to our mental health and our minds to see a challenge like this through,” Kate said. “And it’s rare to see such an amazing display of that through the challenge that you’ve just done, and it should be really celebrated.”

Kate praised Harrison for “inspiring loads of other young women and young girls to continue in your footsteps.” She later asked her if her big accomplishment will “hopefully change perceptions for what is achievable for young women.”

“What I would quite like is to change the male perspective, as well, on the females, so it’s not just about the women believing that they can do something, because we can,” Harrison said. “We kind of know that already. It’s actually what everybody else sees and the image of us.”

For the heartfelt chat, Kate wore a pink printed pussy bow blouse by Boden and dangling earrings, and styled her hair in a half-updo. Presumably speaking from home, photos of her children, Prince George, Princess Charlotte, and Prince Louis, appeared in the background.

The duchess’s call with Harrison comes the morning after the Duke and Duchess of Sussex’s broadcast interview with Oprah Winfrey aired, during which they discussed why they stepped back as senior working members of the monarchy and where their relationship with the royal family stands today. 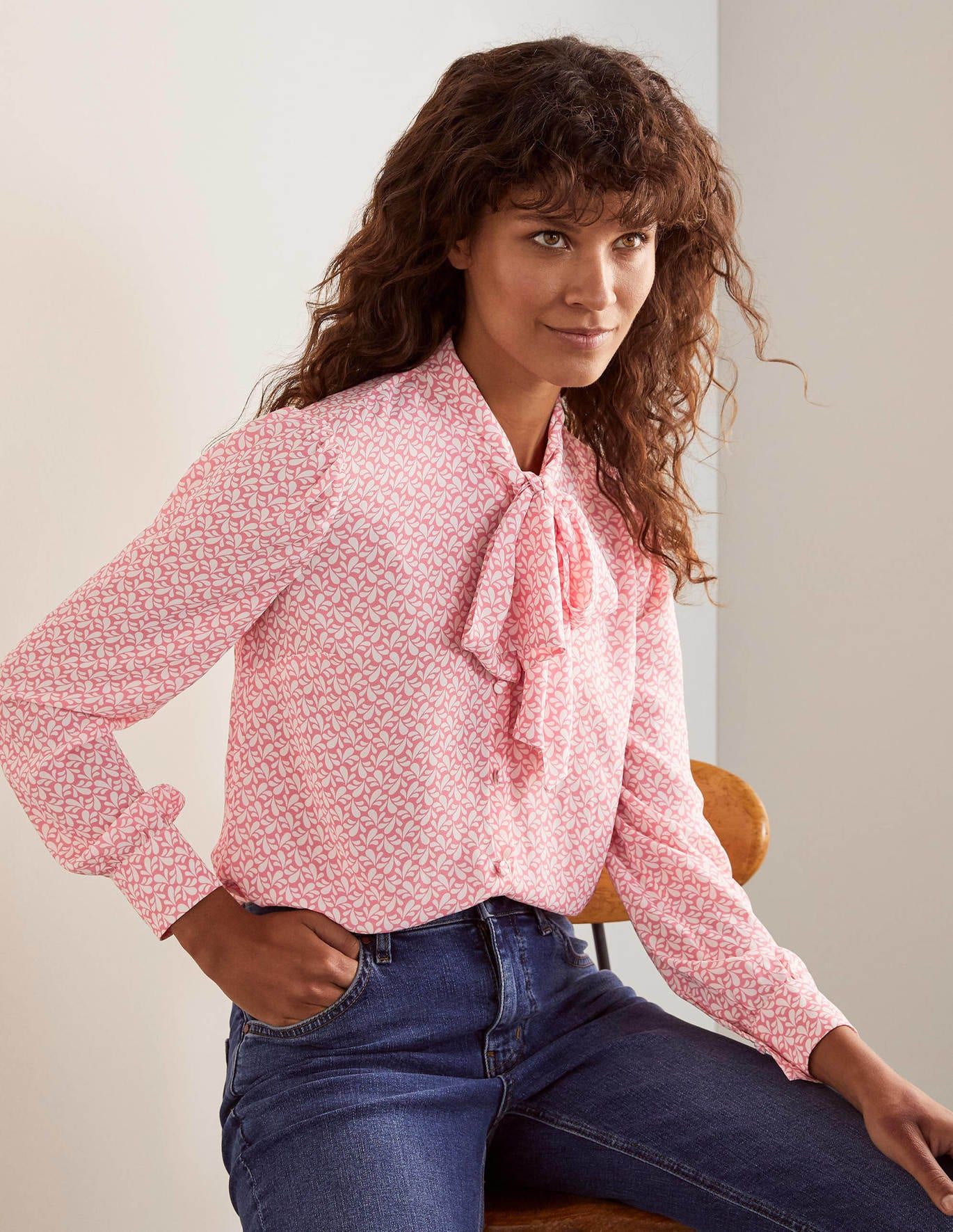