Kim Kardashian Recreated Carrie Bradshaw’s ‘Sex & The City’ Newspaper Look, & So Can You

It’s not every day that my favorite real-life fashion icon copies my favorite fictitious fashion icon, but the day has come, and I couldn’t be more here for it. ICYMI, Kim Kardashian recreated Carrie Bradshaw’s Sex & The City newspaper look, and I have never Google-searched fo "newspaper-patterned clothing" with as much urgency as I am now. Of course, Kim K put her own spin on the look, originally worn by actress Sarah Jessica Parker — a style icon in her own right, Carrie Bradshaw aside — proving that anyone can rock the newspaper print. If you’ve heard otherwise, that was fake news. See what I did there?

Kim Kardashian knows that anything and everything she wears is bound to become front page news, and after turning to Naomi Campbell as inspiration for a myriad of her recent looks, it seems she’s found a new muse to grace her fashion mood board. Pretty much everyone agrees that Carrie Bradshaw, SJP’s character on Sex & The City, is an undeniable cool-girl style icon, and at a recent event in Los Angeles celebrating Levi’s and Wardrobe.NYC’s Release 04 Denim, Kim was serving major Bradshaw vibes.

Kim paired a white tank and a Dior saddlebag with her newspaper-printed skirt: 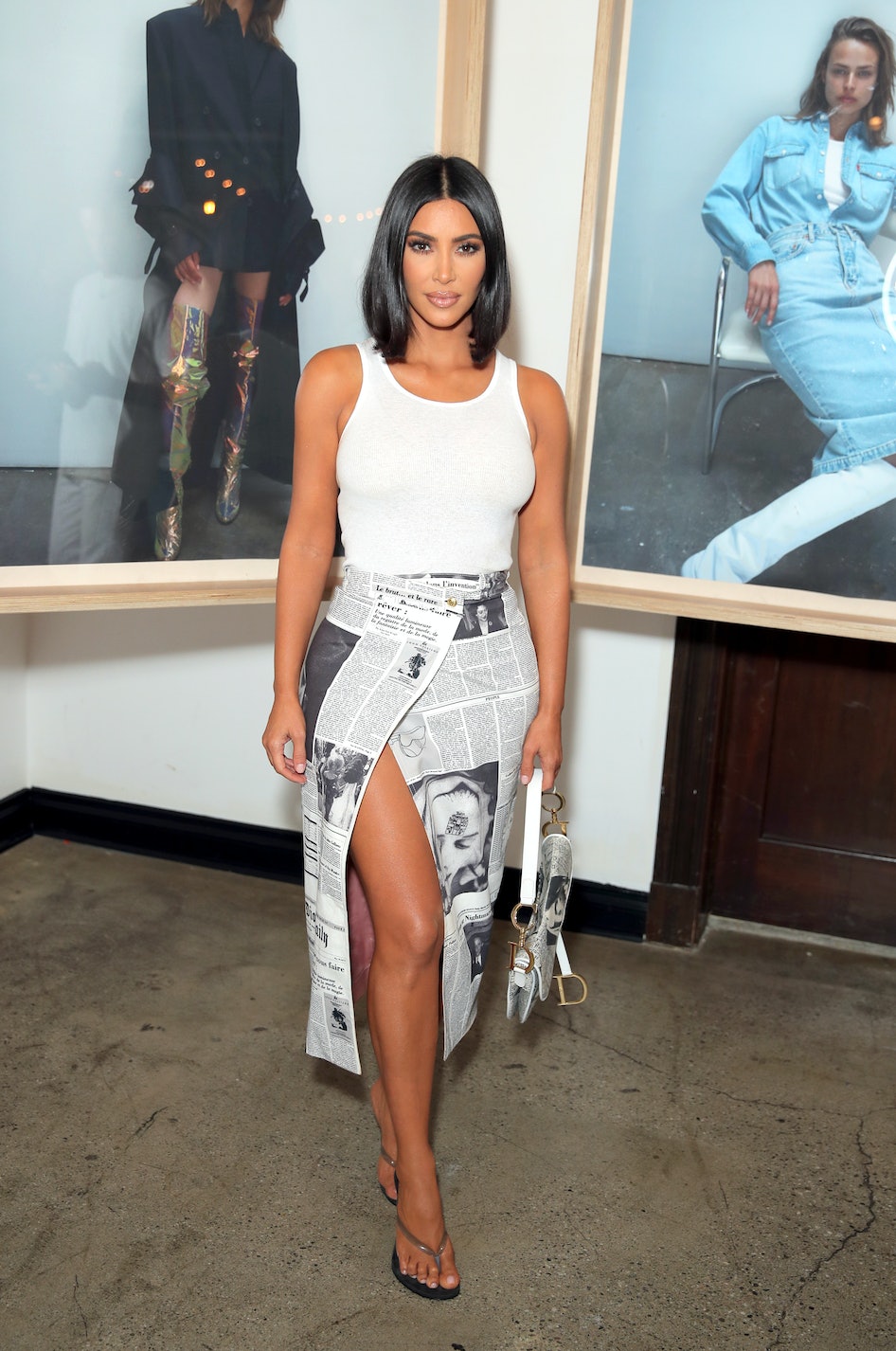 The skirt was super similar to this slipdess, worn by SJP during the filming of the Sex & The City 2 movie: 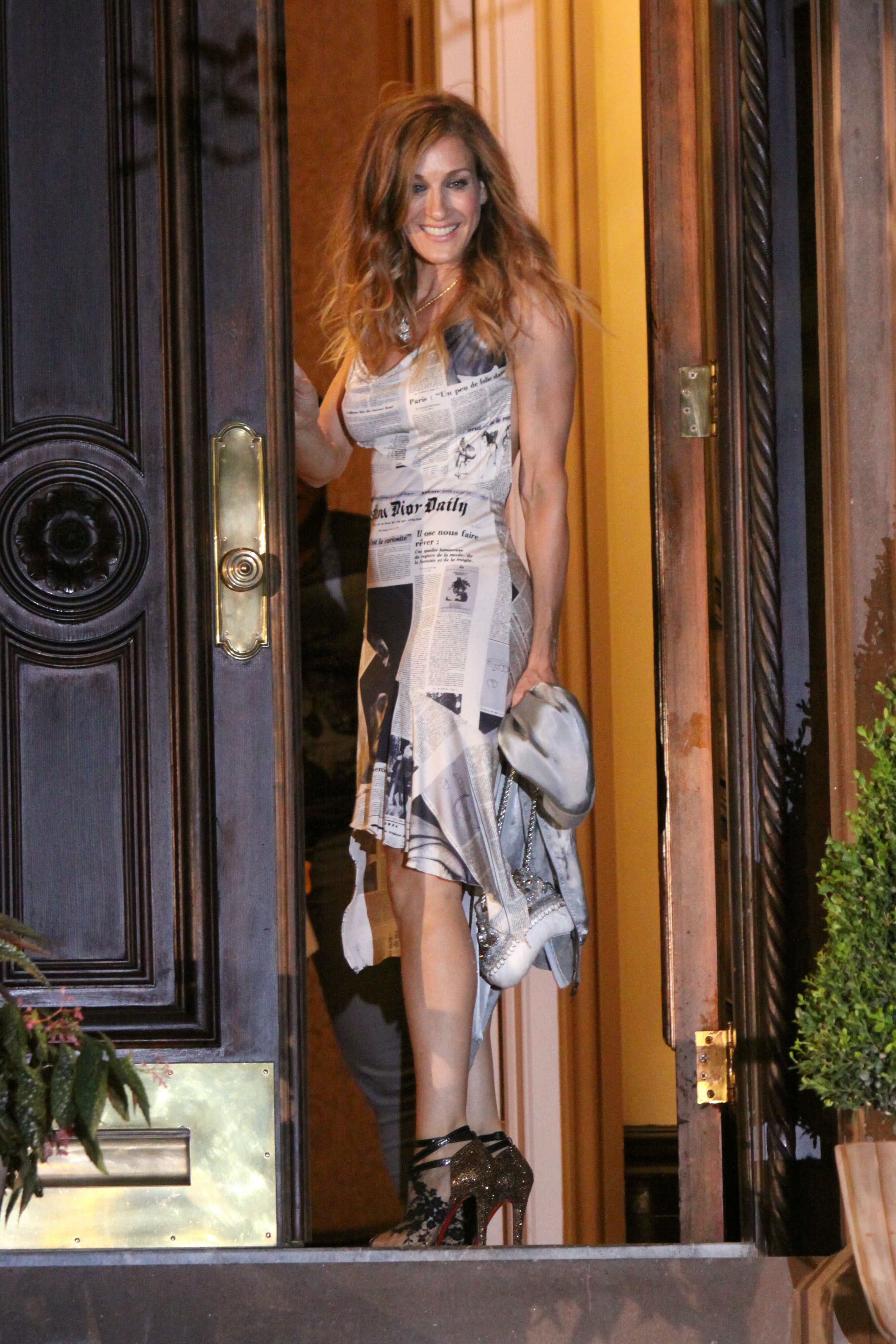 In fact, InStyle confirms that both pieces are from John Galliano’s Fall 2000 collection. What are the chances! Kim has been really into wearing vintage designer pieces lately, so either she came across the newspaper print whilst searching for fashion inspo, or she just finished binge-watching Sex & The City and wanted to channel her inner Carrie Bradshaw.

Either way, she looked bomb AF: If you’re feeling the newspaper vibes but don’t have vintage Galliano coin (Same, girl, same.), Forever 21 can provide some reasonably-priced alternatives. The Newspaper Print Biker Shorts ($10, forever21.com) would look bomb with a black crop top or white hoodie for an off-duty fit, and the Plus Size Newspaper Print Bodysuit ($15, forever21.com) would be ideal for a night-out look paired with black jeans and heels. 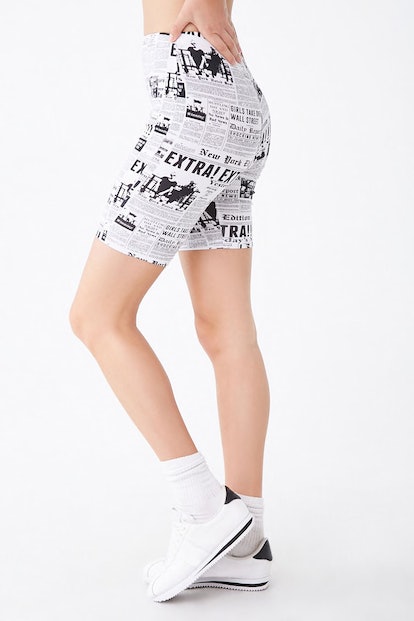 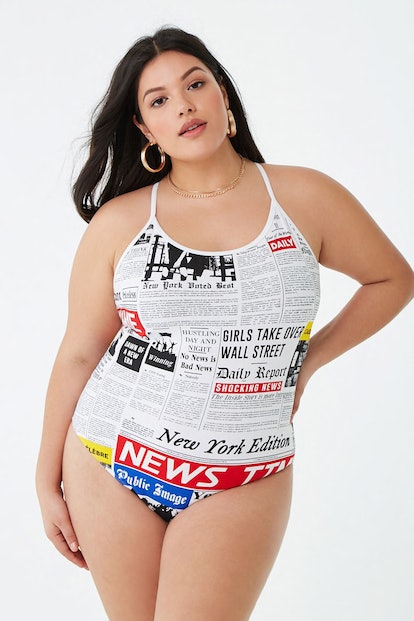 BTW, I’m willing to argue that this isn’t the only time Kardashian has turned to Sex & The City 2 for fashion inspo. While this is definitely the most direct copy, her Instagram feed hints that Samantha Jones and Charlotte York Goldenblatt are also on her fashion mood board. No clue why Miranda isn’t, but hopefully she rocks a Hobbes-esque look soon.

Exhibit A: Samantha loves a black dress with a cheeky cutout: 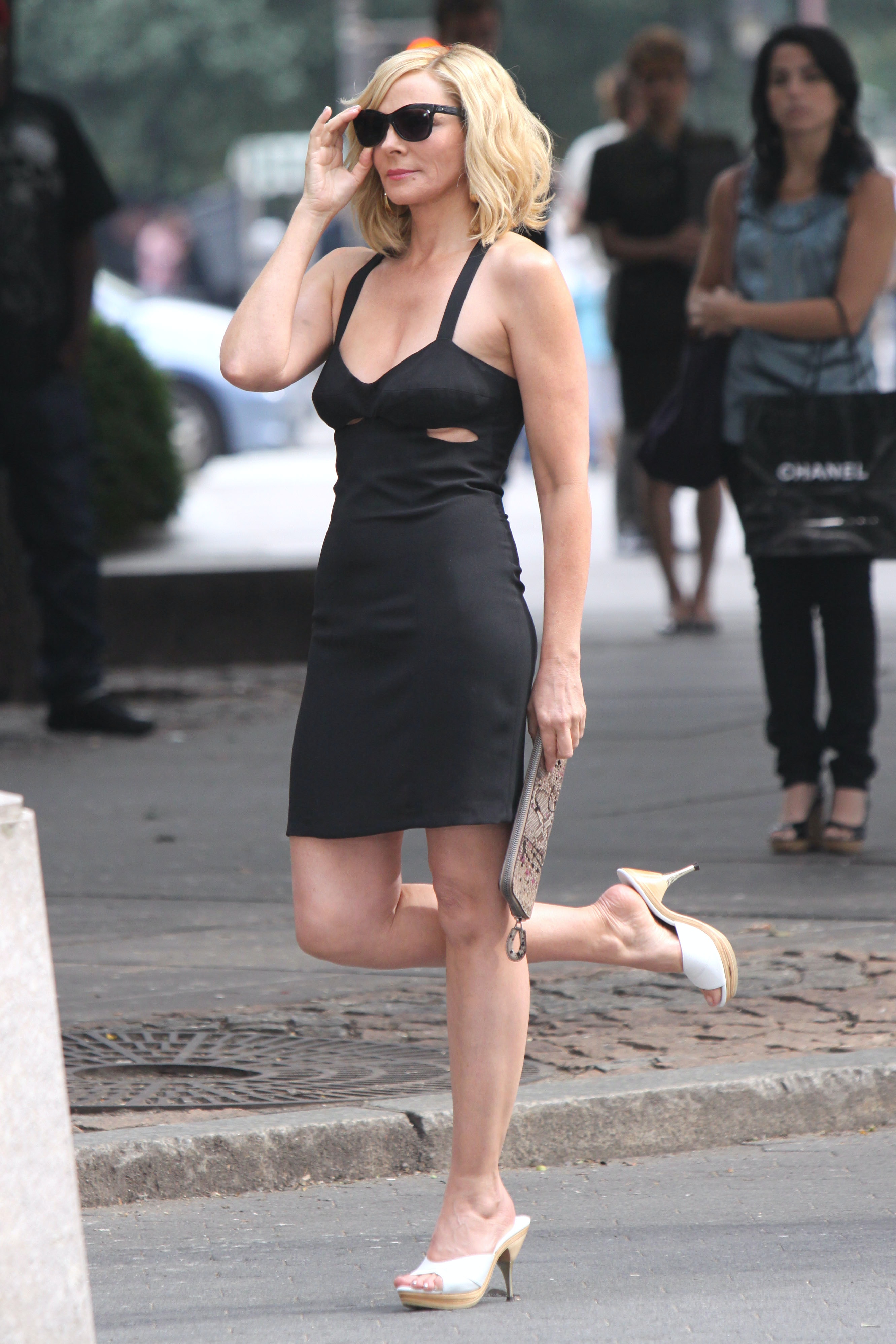 And Kim really, really loves a black dress with a cheeky cutout. Werk:

Mugler nights ✨Thank you @manfredthierrymugler for letting me wear this iconic dress✨Congrats to @chrisappleton1 on winning his Hollywood Beauty Award! You’re so deserving of this award! 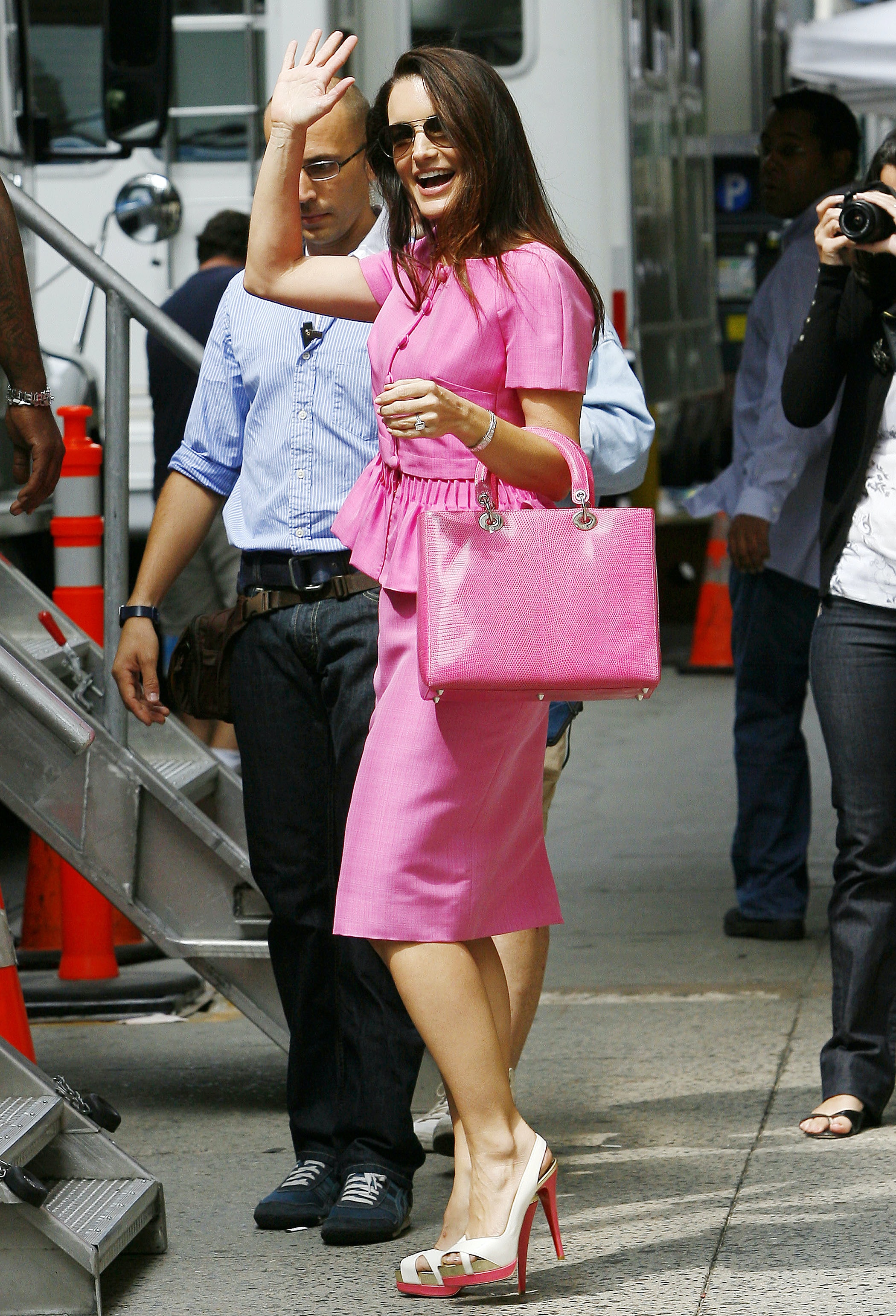 Which just so happens to be one of Kim’s go-tos:

Turns out, Kardashian has been turning to this iconic show for fashion inspo for quite some time. Now, excuse me while I go figure out how to make this morning’s newspaper into some sort of chic accessory.