Home » Celebrities » Kit Harington said he no longer wants to play heroes like Jon Snow: ‘Emotionally, men have a problem’

Kit Harington said he no longer wants to play heroes like Jon Snow: ‘Emotionally, men have a problem’ 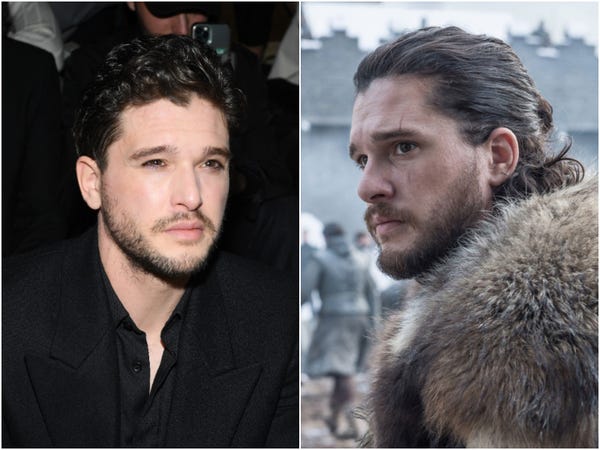 Kit Harington has said that he is done playing stoic heroes like Jon Snow because "emotionally, men have a problem."

Harington is best known for playing Jon Snow, who was the morale figurehead of "Game of Thrones," but told The Telegraph that the world doesn't need anymore heroic male roles like that going forward.

"I feel that emotionally men have a problem, a blockage, and that blockage has come from the Second World War, passed down from grandfather to father to son," Harington said.

"We do not speak about how we feel because it shows weakness, because it is not masculine. Having portrayed a man who was silent, who was heroic, I feel going forward that is a role I don't want to play any more."

Harington added: "It is not a masculine role that the world needs to see much more of."

Jon Snow was the show's moralistic, black-and-white hero in a story full of colorful, more morally-ambiguous men such as Tyrion Lannister (Peter Dinklage), Petyr Baelish (Aiden Gillen), and Varys (Conleth Hill), to name but a few. Harington wants to move on from this sort of character, and told The Telegraph that he is more interested in exploring masculinity and inherited male trauma in a less traditionally-heroic way.

Harington also said that his own character doesn't align with that of Jon Snow's, though he did admit that he brought his own "certain self-reflective, introverted broodiness" to the role that he played for nine years and eight seasons — a big chunk of his life.

The actor said that he has had to try and get over the show ending while he has been in lockdown.

"You know that elated feeling you get when you are walking down the street and you realise that you haven't thought about your ex-girlfriend in a while, and you go, 'I think I am getting over them.' I am at that place now and I am really happy," Harington said.

"I cried a lot in the last season, just out of sheer fatigue. But I was feeling pretty emotional that day. I think it was more to do with Emilia [Clarke, Daenerys Targaryen actress], more about the people around me and the story coming to an end."

Harington said that by the end of the show, he didn't actually know whether he wanted to continue being an actor anymore, despite the huge success the show gave him. Part of that success was meeting his now-wife Rose Leslie, who joined the series as Ygritte in season three as Jon Snow's love interest.

The pair of actors fell for each other and began dating, marrying in 2018. It is because of Leslie that he has realized he does still want to be an actor.

"It has been interesting — going through lockdown, getting over this TV show, where by the end of it I didn't know if I wanted to be an actor any more, coming out the other side, living with another actor. I realised that I actually miss my craft, I miss what I do. It's a nice revelation," Harington said.

"We would be walking around the house playing scenes and doing accents. Two actors locked up together will end up performing for no one."