Konnie Huq, 43, has been vocal on social media about her stance on Brexit and is fighting for the People’s vote.

But the former Blue Peter star said there is more to think about than Brexit, as she claimed climate change is the “bigger picture”.

In an exclusive interview with Express.co.uk, the BBC star divulged: “I’m into remaining but I’m so obsessed with climate change at the moment.

“I’m all for the people’s vote but need to look at the bigger picture. In 11 years, Armageddon will come!”

I’m so obsessed with climate change at the moment

Despite having strong opinions, Konnie admitted she would never follow in her sister Rupa’s, who was elected Member of Parliament for Ealing Central and Acton at the 2015 general election, footsteps into politics.

“I would be a dreadful political,” she spilled.

“I would be an awful politician! You have to be really careful about what you say, I would be so terrible because I’m really into causes which I believe in.”

Konnie also opened up about her showbiz career in children’s TV, where she became a Blue Peter favourite. 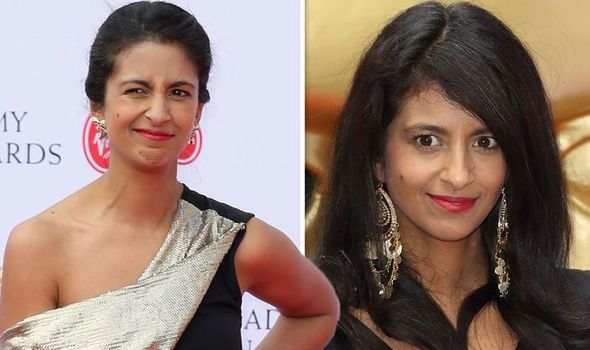 Speaking about her former role, she said: “It was amazing doing all different things where I got to travel and I went to meet the Prime Minister.”

Konnie gushed: “Nothing could ever match up to that job while I was in my 20s and 30s before moving onto my next stage of life. Perfect job at the perfect time.”

The star, who is married to Black Mirror creator Charlie Brooker, has teamed up with Plusnet and Internet Matters to encourage parents to talk about online safety with their children.

Konnie, who shares two sons, aged five and seven, with Charlie, said parents need to keep up with modern technology to protect their children.

“Techonogly is moving so fast so as parents, we need to make sure we’re keeping with the times,” she said.

“I see my own kids, they are so good with technology!”

Meanwhile, on Sunday night, Konnie joined her husband of nearly 10 years at the BAFTA TV Awards 2019.

While Charlie, 48, looked very dapper in a black suit as he posed with his wife on the red carpet.

Konnie Huq has teamed up with Plusnet and Internet Matters to create series of short plays to educate families on internet safety. The plays are available to download at plus.net/PlaysOnTheInternet