Years after she famously dressed up as Christina Aguilera, Kylie Jenner honored another pop icon for Halloween: Madonna. To make the tribute even sweeter, Jenner’s best friend, Anastasia “Stassie” Karanikolaou, dressed up as Britney Spears, and the pair re-created the singers’ looks—and performance—from the 2003 VMAs.

At the infamous ’03 awards show, Madonna, Spears, and Aguilera took the stage together for a steamy, wedding-themed performance of “Like a Virgin” and “Hollywood.” The set ended with Madonna making out with both of her costars onstage—an iconic moment in pop culture history. 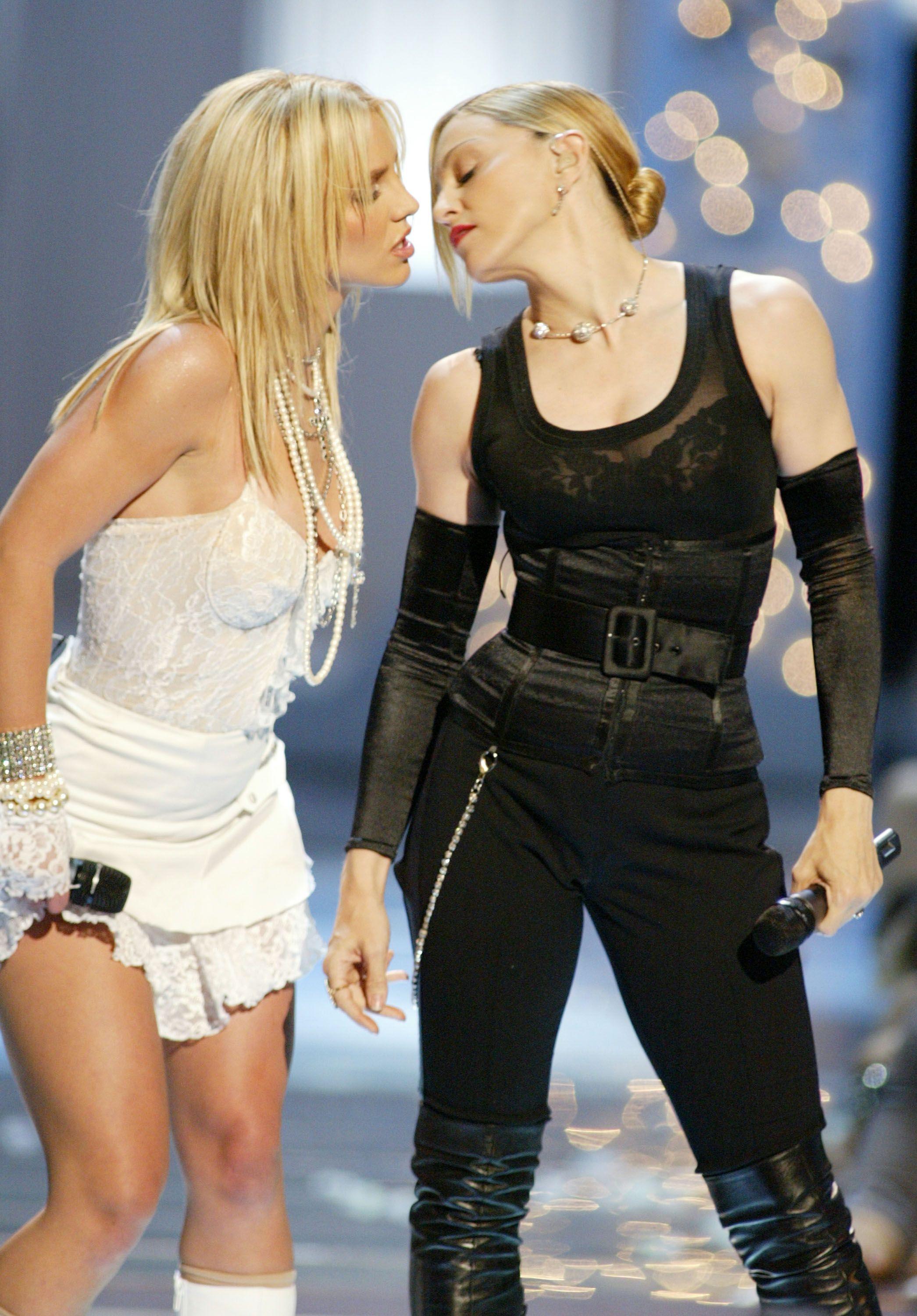 Jenner and Karanikolaou nailed their looks as their respective pop personae this weekend. The beauty mogul donned Madonna’s all-black outfit and even wore a blonde wig and darkened her eyebrows to look identical to the singer. Meanwhile, Karanikolaou copied Spears’s lacy white outfit, with coordinating boots and gloves. Both were wearing custom looks by designer Bryan Hearns.

The BFFs carried microphones while dancing and lip-syncing to “Like a Virgin” in their costumes, and sealed the impromptu performance with a quick kiss.

Some of Jenner’s recent Halloween costumes include a pink butterfly (she matched with her daughter, Stormi Webster), a skeleton, a Victoria’s Secret Angel, and a literal angel. Back at home this weekend, Stormi Webster paid tribute to her mother by wearing a mini version of Jenner’s most recent Met Gala outfit.

Related posts:
and, BFF, her, Jenner, Kylie, Were
World News