Lala Kent and Randall Emmett have survived the wrath of 50 Cent.

As we reported, fans speculated that the couple broke up after almost all of their pictures disappeared from the Vanderpump Rules star’s Instagram account.

Additionally, the two were involved in a feud with the rapper — whose name was misspelled as “Fofty” in a leaked text — who said the Hollywood producer owed him $1 million (which apparently, has since been paid back.)

On Wednesday, an E! News source confirmed the engaged pair are “fine now” following the drama.

“They would never split over something like this… Randall and Lala put the #fofty drama behind them and are moving on. They are done with it.”

Despite being “done with it,” their relationship was “definitely tense” over the “Fofty” saga.

“Randall was under extreme stress from the situation and their relationship was definitely tense because of it… They have moved on and want to clear the energy with 50 Cent. Both Lala and Randall aren’t letting the drama get in the middle of them, and they would never split over something like this.”

Although the Bravolebrity deleted several pics of her and her man on her Insta feed, on Tuesday, she posted a pic of them on Insta Story with the caption:

That same day, Emmett posted two pics of him and Kent, one with the caption:

“What a fun night with my fiancé ”

Per her Insta Story on Wednesday, the SUR hostess is heading to Paris with her co-stars, including Stassi Schroeder, Brittany Cartwright, and Katie Maloney.

Lala also spilled that she and Randall have FINALLY set a wedding date via IG story — April 18, 2020. She gushed:

“So anyone that wants me to do anything on April 18, I officially can’t. Because that’s the day I get to marry my baby! We got a date! Yeah, buddy!”

And now that the blonde and her boo are on “great terms,” and have the date squared away, the reality TV personality can enjoy her vacay.

“They are fine now… Randall wanted to make sure they were on great terms before Lala left for Paris for a week.” 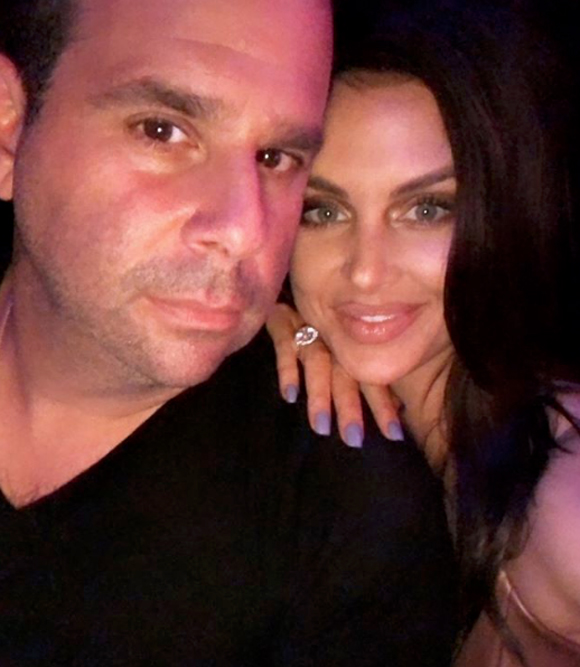 As we reported last month, Lisa Vanderpump‘s employee told Jenny McCarthy on her SiriusXM show that she has “no idea” when the two will get married, but they DO want children!

In fact, the couple want to start having kids IMMEDIATELY after they get hitched.

As we wrote, in September 2018, Kent and Emmett got engaged during her birthday celebration in Cabo San Lucas.