Home » Celebrities » Larry Kudlow: If John Kerry would keep his yap shut, we would all be in better shape

Larry Kudlow: If John Kerry would keep his yap shut, we would all be in better shape

There he goes again.  Leave it to climate czar John Kerry, who spoke yesterday — no, he spoke today at… you guessed it, the Davos World Economic Forum, of course, whose authoritarian central planning globalists, lately with a huge office in Beijing, staffed by at least 40 people, all that’s become John Kerry's second home.

Of course, Mr. Kerry gives the usual doom and gloom riff that we're not going to cut carbon and fossil fuels fast enough to save the planet.  To prove his point, he blamed the recent rainstorm floods in California as proof positive, thereby once again showing that climate alarmists have never been able to distinguish between yesterday's weather and long-term climate change and there’s a very big difference.

Of course, Kerry would never mention the fact that the fracking revolution and the proliferation of clean-burning natural gas use permeating all parts of society in our economy has resulted in the U.S. having the largest drop in carbon emissions of any of the major developed economies in the world.

Kerry talks about places like Nigeria and Uganda — these are places he thinks he has to save, but the reality is people in those countries and in poverty stricken Latin America and the less developed economies in Asia, all those four countries, they don't really care one wit about global warming or climate change.

Rick Perry rips ‘environmental woke crowd’ for pushing ban on gas stoves: ‘This is about controlling your life’

What they care about is the need for growth, prosperity, jobs, technology, a better life.  They care about moving up from poverty into the middle class and away from impoverishment.  They would be thrilled to have energy of any kind. Whether it's fossil fuels, or renewables, or nuclear, or whatever.

Then, later on in his speech, Kerry lectured business CEO's for — get this — failing to recognize the "destructive process of growth," which he described as "not as enlightened growth but as robber baron growth."  Now that really gets my back up.

It's bad enough that Kerry, Biden and the rest of the climate extremists are waging war against fossil fuels, their gasoline powered cars, gas powered stoves and over a million other nanny state bureaucratic mandates that they are proposing, but attacking the robber barons — that for me is the last straw.

Now, I have written about this before and I contributed to the Fox Business "American Dynasty" show, but the Gilded Age — roughly between 1870 and 1910 — is one of the most prosperous periods in American history, perhaps the greatest entrepreneurs in all of American history.

And who benefited the most? Working folks.  Like Henry Ford's assembly line workers, who got big raises enabling them to purchase the new Model T cars.  John Kerry will never understand any of this.  These "robber barons" made America the envy of the world, showing off the benefits of free-market capitalism.  Unrivaled prosperity came from the Gilded Age and its entrepreneurial leaders.  It's the "robber barons" who made America great.

Now, if John Kerry would just keep his yap shut and just let today's entrepreneurs invent new technologies that will solve climate issues along with a variety of other problems, we'd all be in better shape. 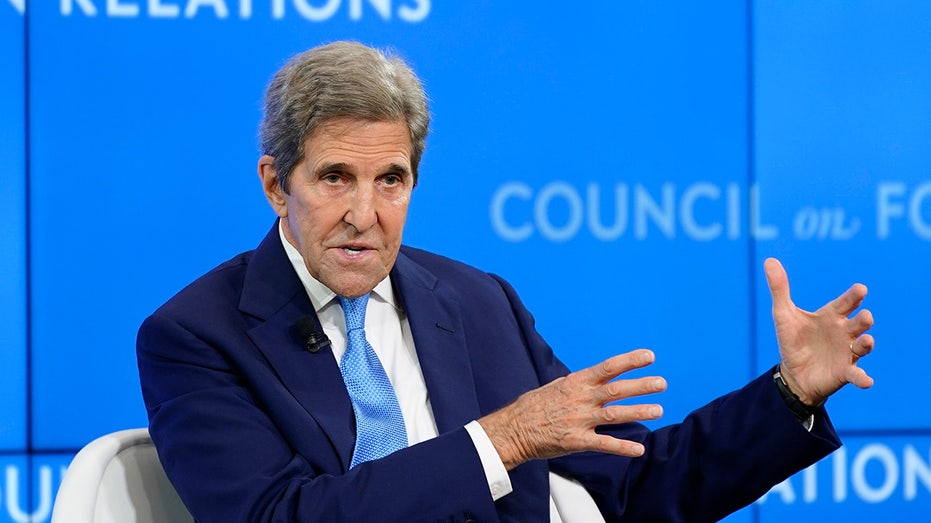 It isn't big-government socialism and its elitist central planners who are going to open up new and undreamed-of frontiers to solve our problems, to empower people and reduce poverty.  It's free enterprise. Good, old-fashioned, free enterprise capitalism.

This article is adapted from Larry Kudlow's opening commentary on the January 17, 2023, edition of "Kudlow."