Lorraine Kelly was questioned by Good Morning Britain’s Susanna Reid over whether she could remember Esther from her time presenting the breakfast TV show GMTV.

However, Lorraine appeared to snub the questioning over the MP, replying with a simple: “Hmm yeah.”

This then sparked rumours of an ongoing feud between the pair, despite Esther claiming that they had shared a dressing room on the show, but there may have been tension due to her getting promoted.

However, Lorraine has rubbished the claims today, saying that she “doesn’t remember” Esther.

Speaking to Piers Morgan today, she explained: “There is no battle.

“But I’m baffled by that because I’ve had my own show since 1992, and I don’t think she joined until five years later?

“And as far as sharing dressing rooms go, it wasn’t really like that! It’s not palatial like it is now. I know Piers you’ve got your winnebago and your staff. But back then it was just a little room which everybody just shared that we went in and got ready in. It wasn’t a dressing room.” 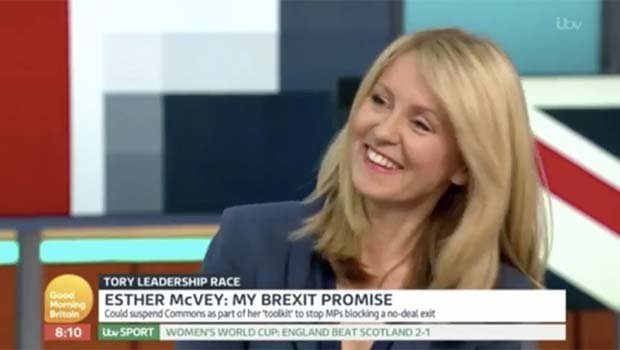 Piers asked: “Were you best friends, you and Esther back in the day?”

Lorraine replied: “I’ll be genuinely honest with you, I don’t remember her being there, it was such a long time ago, my show was totally separate from that show so there was no interaction.”

However, the veteran TV host didn’t stop there as she quickly began sharing the thoughts on Esther’s politics.

She told Piers: “Yesterday, I’ll be honest with you Piers, I just got sick to the back teeth of the whole toxic political atmosphere. 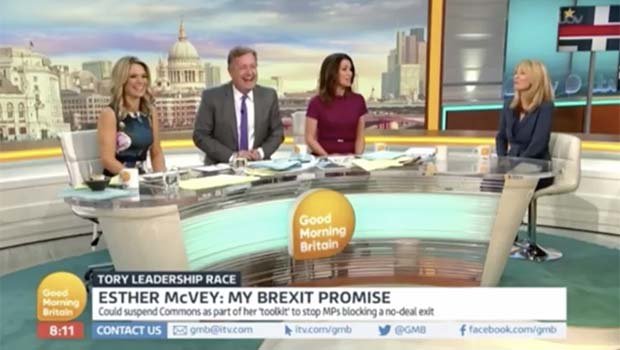 “I strongly disagree with her on LGBT rights and I just thought to myself ‘I’ve had enough of this.’

“We’ve had two and a half years of going round in circles and not sorting Brexit out and now we have got a state in Britain where people are at each other’s throats and it has to stop’.”

Lorraine airs weekdays at 8:30 am on ITV.