Picking up on the tension, Piers said: “Ooh if looks could kill!”

Esther spoke out following the frosty encounter and claimed the awkwardness between her and Lorraine stemmed from an old workplace rivalry. 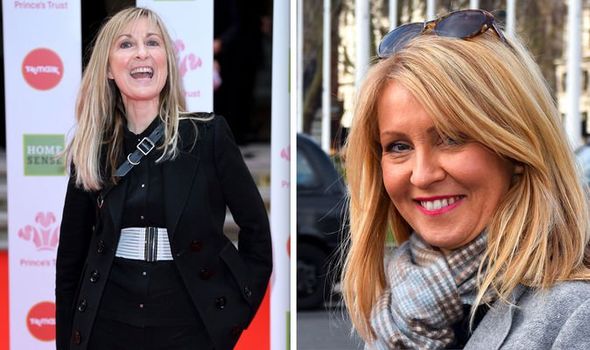 Esther said she and Lorraine had shared a dressing room when she worked on GMTV for a brief stint in 1999.

“She’s great, it was a great show and I can’t believe it, I think it’s 20 years ago I did that show. But never mind it was really good times and really good fun.”

Former GMTV host Fiona Phillips then waded into the row, accusing Esther of lying after she claimed she was “promoted to be partnering with Eamonn Holmes” above her. 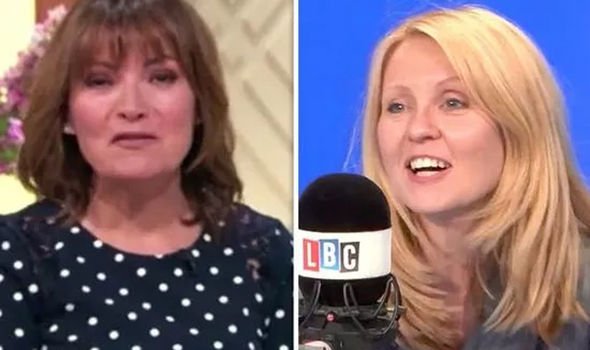 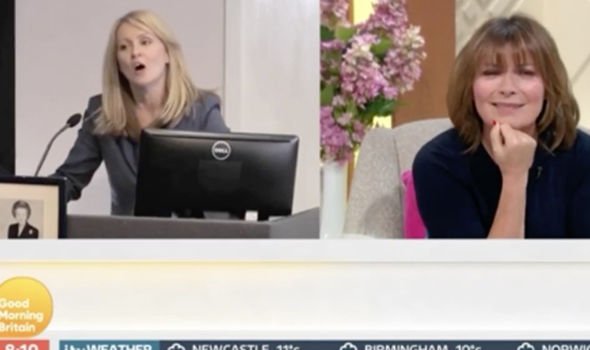 Writing in the Mirror, Fiona said: “My mum told me at a very young age: ‘don’t bother telling untruths because you’ll always get found out’.

“I wonder if Tory Leadership hopeful, Esther McVey was told that as a child?

“Following an embarrassing exchange during an interview on Monday’s Good Morning Britain, Esther was left squirming when Piers Morgan asked Lorraine Kelly for her memories of working with the Tory Leadership hopeful during a short stint at GMTV in 1999.

“Lorraine looked as though she’d sniffed something foul, and replied ‘I don’t remember’.

“Strange that, seeing as Esther reckons she’d been so good at her job at the breakfast station that she “was promoted to be partnering with Eamonn Holmes”.

“How strange because she didn’t have a job at GMTV until she covered my three-month maternity leave in 1999.

“How could she have been ‘promoted’, then, from a job she’d never held in the first place? Hmmmm.” 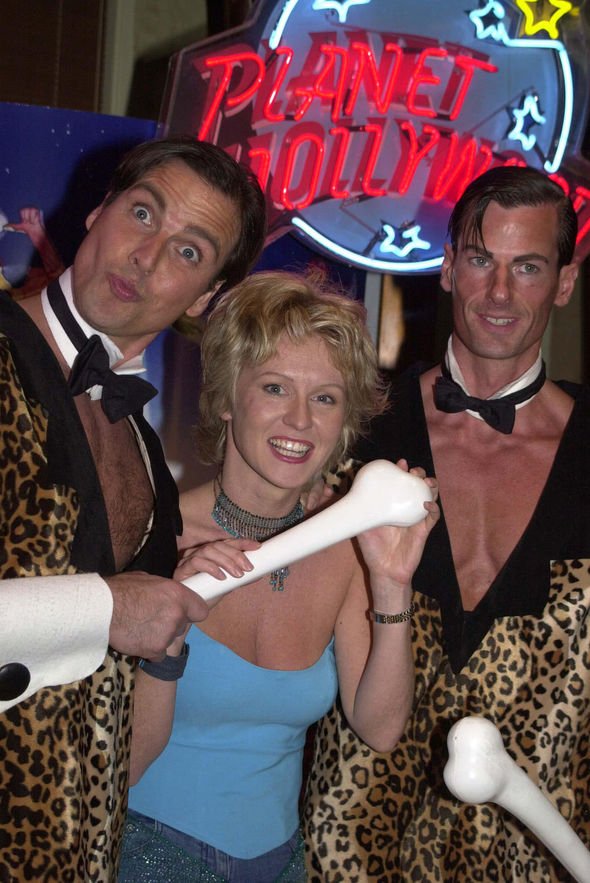 Lorraine dismissed McVey’s comments as fabrication after Piers Morgan quizzed her about the “battle” between them on Good Morning Britain yesterday.

Speaking on Good Morning Britain Lorraine said: “No, there is no battle.

“But I’m baffled by that because I had my own show since 1992, and I don’t think she joined until five years later?

“And as far as sharing dressing rooms go, it wasn’t really like that! It’s not palatial like it is now.

“I know Piers you’ve got your Winnebago and your staff. But back then it was just a little room which everybody just shared that we went in and got ready in. It wasn’t a dressing room.”

Keen to approach the subject from another angle, Susanna probed: “Were you best friends, you and Esther back in the day?”

“I’ll be genuinely honest with you,” Lorraine responded.

“I don’t remember her, it was such a long time ago, my show was totally separate from that show so there was no interaction.”