Taylor Swift was two and a half years old when Madonna released her risque album Erotica. It is still among her most successful to date after selling a whopping six million copies worldwide, and going platinum three times in Australia. 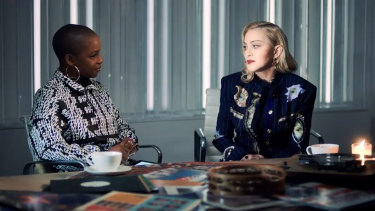 Madonna discusses hew new song in the lead up to her big comeback.Credit:ninevms

Presumably back in 1992 Madonna had no idea about the gurgling ball of cuteness that was baby TayTay.

The then 34-year-old, fully-fledged pop diva who filled stadiums around the world was busy releasing one of her raunchiest songs and albums yet, an ambitious project on the back of her own book titled Sex, which was filled with yet more raunchy images. It was also a bestseller, and she was the undisputed queen of the world's chanteuses. 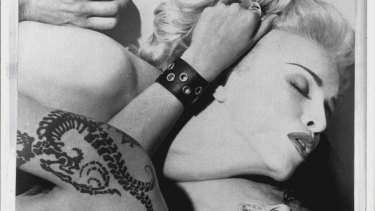 What’s changed? Madonna 27 years ago in her Sex book.Credit:Steven Meisel

While Swift was teething I was among the hundreds of fans beguiled by Madonna's trademark titillation who queued up outside the old HMV record store in Sydney's Martin Place at midnight, eager to get my hands on the album.

Fast forward to 2019, and goodness, how the tables have turned. 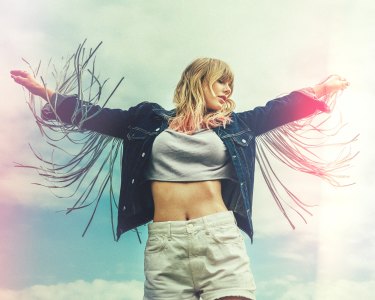 Today Taylor Swift is a 29-year-old pop superstar, roughly half the age of Madonna, who is staring down the barrel of her 61st birthday in August.

Sadly, Madonna may not have much to celebrate on her upcoming birthday, at least professionally.

The video for Swift's latest release, titled Me, an explosion of fully-clothed pastel-perfect sweetness and light, clocked up 65.2 million views in its first 24 hours. This is the biggest debut for any artist in YouTube's history. She also broke records on Vevo.

Swift is also on top of iTunes and Spotify charts around the world and scored the number one spot locally on the ARIA  charts.

Swift all but demolished Madonna's ambitions for a career comeback. Madonna's release, Medellin, barely made a whimper when it was released ahead of her new album, Madame X.

And yes, Madonna is returning to familiar territory by adopting a new persona for her latest musical and video release. She has replaced the gold tooth and Zoro mask with an eye patch and riding crop, but is still sticking with the tight corset.

However things are not looking good commercially for Madonna. Medellin slipped off Apple's iTunes charts top 100 in the US after just five days.

The air of desperation only intensified when news emerged Madonna was spending $7.1million – of her own money – to stage an ambitious performance of the dud song at last week's Billboard Music Awards in Las Vegas.

Despite all the hype around how ambitious Madonna's show was with the holograms and technical wizardry, there was no denying that Swift was the reigning queen of pop music at the Billboard Awards.

Madonna knows only too well there is no escaping the fact age is relevant in the world of youth-obsessed pop culture, and indeed Swift would do well to take note of Madonna's current experience.

Swift herself is constantly competing with an endless army of younger artists.

The likes of Ariana Grande, 25, or Ava Max, another 25-year-old whose debut single Psycho is giving Swift serious competition on the streaming charts these days, weren't even born when Madonna released Erotica. 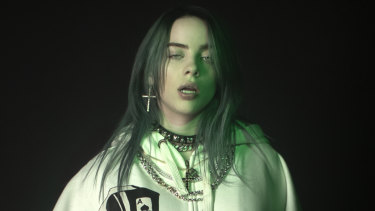 And let's not even start on Billie Eilish, a 17-year-old singer from America who has been credited with "redefining pop" for an entirely new generation.

Songs from her second album, When We All Fall Asleep, Where Do We Go?, were streamed 194 million times in the first week of release.

Madonna, who is old enough to be Eilish's grandmother, could only dream of having those sort of numbers these days.