The Met Gala is always attended by all the A-list stars who go to tons of effort to nail the theme and outdo each other.

This year’s theme was Camp and Lady Gaga stole the show by a country mile, as she pulled off one of her craziest stunts yet. 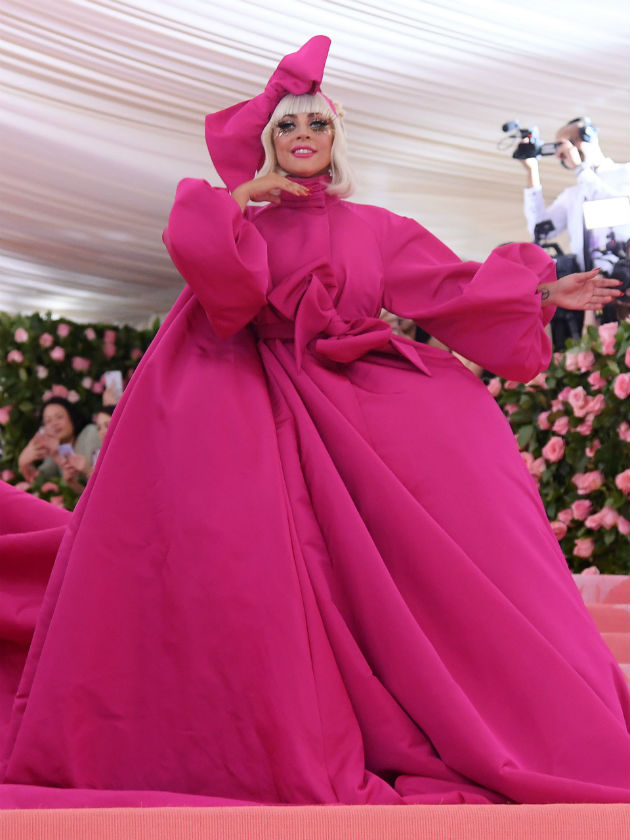 One of the first to walk the red carpet at the Metropolitan Museum of Art, Gaga changed her outfit FOUR TIMES in front of the cameras, eventually stripping down to her undies.

The A Star Is Born actress arrived at the glitzy fashion ball wearing a huge pink gown with a train that seemed to go on forever. 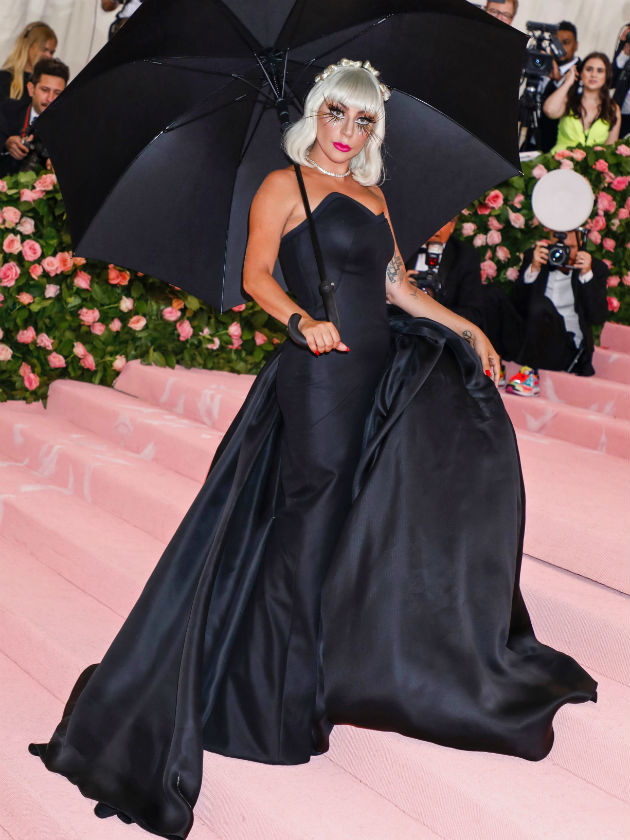 However, she hadn’t even made it inside the building when she stripped off the frock to reveal another big black gown underneath, holding a matching umbrella.

She then ripped off the black dress to reveal another pink bodycon dress underneath, and posed for cameras with a black old mobile phone. 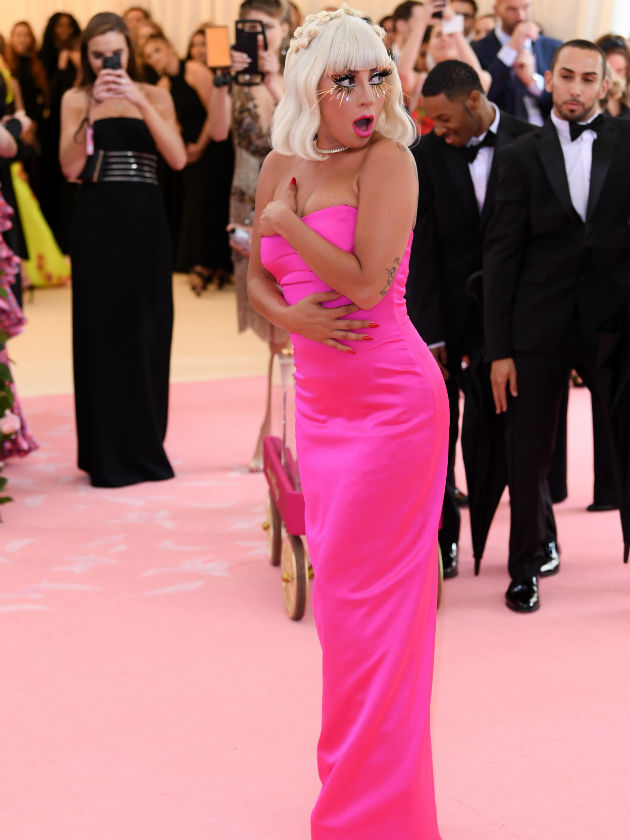 Then, finally, she took that off to writhe around the steps in her sexy black underwear.

It’s believed no one has ever attempted a red carpet costume change in front of the cameras, so Gaga made history! 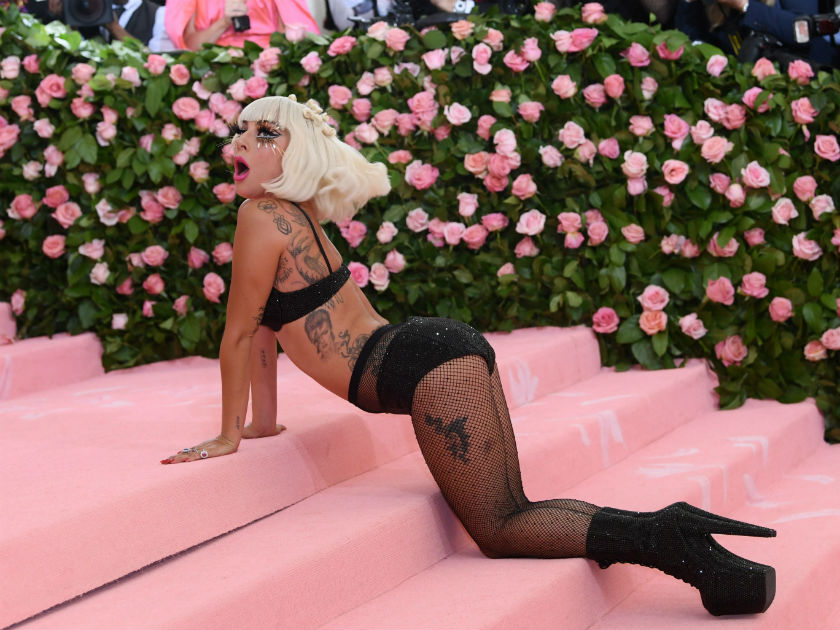 Gaga, who was co-chair of the star-studded bash, flew in on a private jet and revealed she hadn’t shaved her legs in four days.

Taking to her Instagram, she said, ‘Met Gala here we come. Destination “Camp,” so excited to co-chair Anna’s event. #MetGala#MarcJacobs #(and I didn’t shave my legs for 4 days which really completes the look) #ZoomIn#ladygaga #fashion thank you @sarahtannomakeup for the jacob’s shwag.’

Other stars at the bash included Kim Kardashian, Kris Jenner, Kylie Jenner and Kendall Jenner, who were sequinned as hell!

Kim revealed a slinky nude number was her favourite of all the gowns she’d worn across all of the Met Galas.