Miranda Lambert paid tribute to her husband, Brendan McLoughlin, during her concert in Atlantic City, New Jersey, on Saturday, August 31.

The “It All Comes Out in the Wash” singer, 35, was performing at the Event Center at Borgata Hotel Casino and Spa when she talked about the New York City police officer, who was standing to the right of the stage and appeared to be scanning the crowd as part of the star’s security team during the show.

“I love country music, I live and breathe it,” she told the audience. “Something about country music is usually a sad song. You gotta have them, sometimes the sad song gets you through a sad time, isn’t that right?” 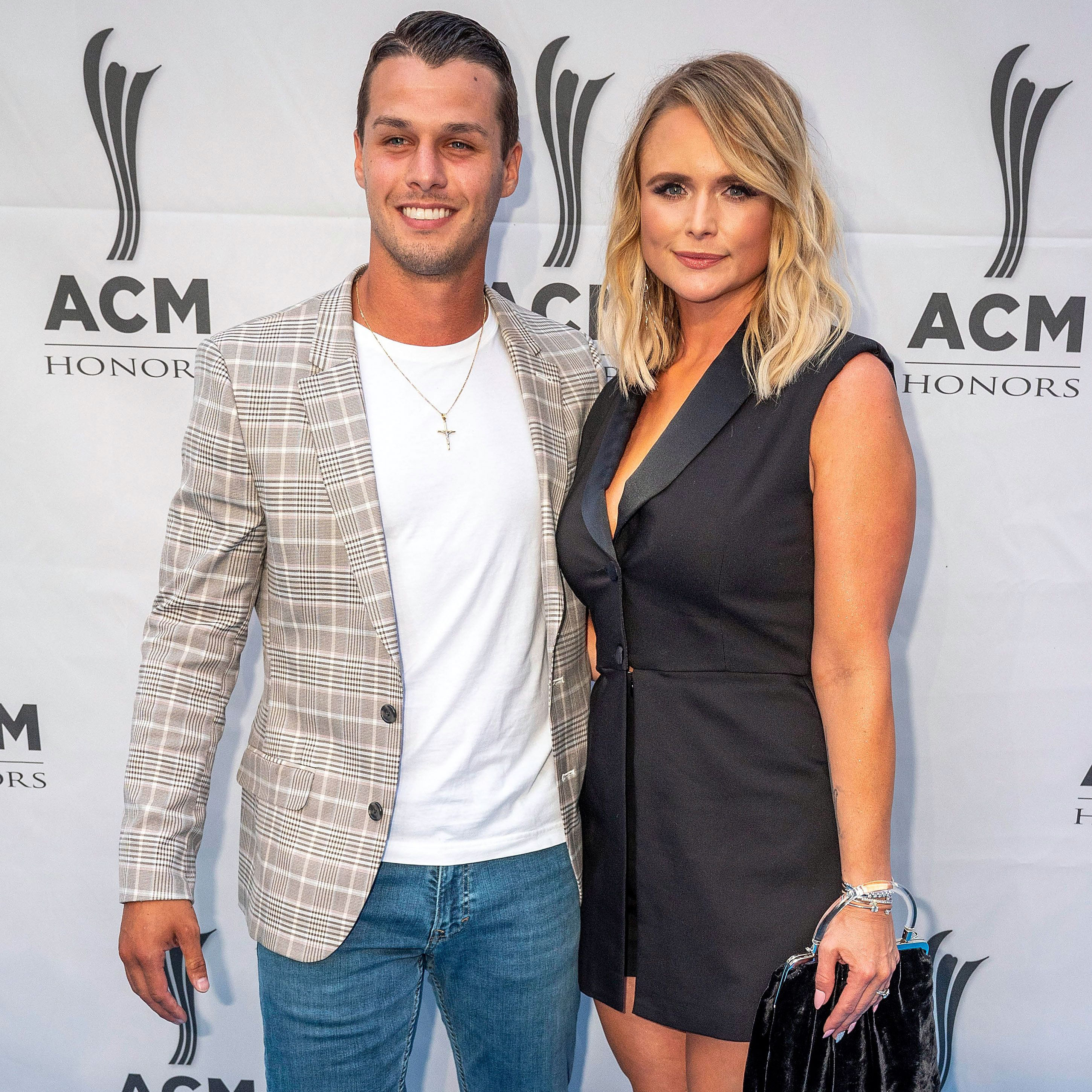 “Lucky for me, I’m not in a sad time anymore in my life,” she continued, holding up her left hand to show off her wedding ring. “Thank you to my sweet husband from Staten Island, by the way!”

“But no matter what, sometimes you always go maybe in a dark room and drink a beer and sing a sad song and that’s what I’m going to do, because I love it,” she concluded before launching into her 2017 hit “Tin Man.”

The song, in which she sings to the Wizard of Oz character who doesn’t have a heart, was featured on Lambert’s 2016 album, The Weight of These Wings. She wrote the record shortly after her divorce from Blake Shelton. “It’s my diary of the last couple of years,” she told Taste of Country in April 2017. “Some of it was not fun, but you’ve got to let life lead the art.”

The Pistol Annies singer has definitely moved on since then — in February, she revealed that she’d married McLoughlin, 28, just months after meeting him when she performed on Good Morning America, where the officer was assigned on patrol.

Since then, McLoughlin — who welcomed a son named Landon last November with ex-girlfriend Kaihla Rettinger — has taken a leave of absence from the NYPD and moved to Nashville to be with his wife.

He’s taken to Tennessee life since then, learning how to fry up buttermilk chicken for his bride, and was most recently shown mowing the lawn — shirtless — at their home. “Lawn have mercy,” the “House That Built Me” singer captioned a video of her hubby doing chores on August 26.

With reporting by Lexi Ciccone