Naga Munchetty was joined on the BBC Breakfast sofa by her co-star Ben Thompson, 34, as the presenting duo welcomed Peter Andre, 48, on the news programme today. The interview hit a minor stumbling block after the Mysterious Girl hitmaker cracked a joke over the current Greece travel ban.

The singer joined the programme to discuss his two roles in the upcoming stage production of Grease, which will see him tour the country as Teen Angel and Vince Fontaine.

Just moments into his interview, Peter referenced Greece’s travel ban due to the coronavirus pandemic, which has forced Britons to avoid travelling to certain destination hotspots.

But Naga was quick to take aim at the musician as she cheekily “cleared away the tumbleweed”.

Peter commented: “The funny thing is we’re talking about Grease and we can’t even fly there, which is interesting.” 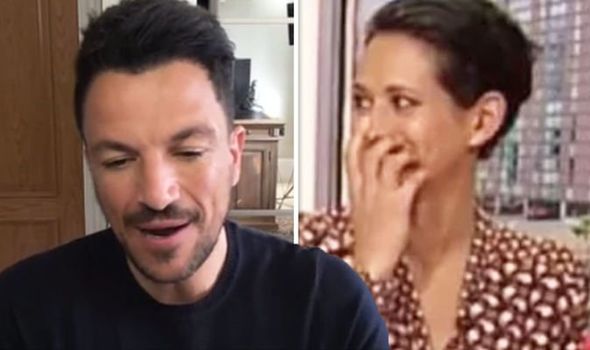 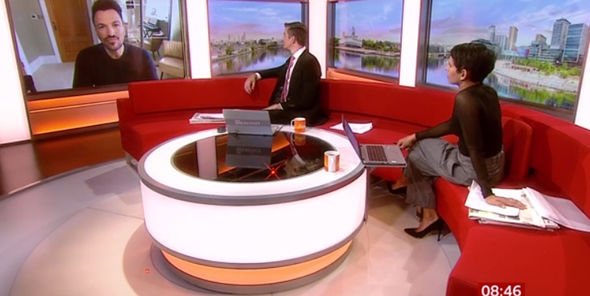 The Breakfast hosts’ didn’t respond, as the singer noted the lack of laughter from the studio.

Peter continued: “I thought that was a bit of a Greek joke but no one actually laughed.”

Naga issued an apology before taking a jibe at the singer over his comedic abilities.

“Sorry, we’re just clearing away the tumbleweed for you,’ Naga responded, before laughing at the awkward moment. 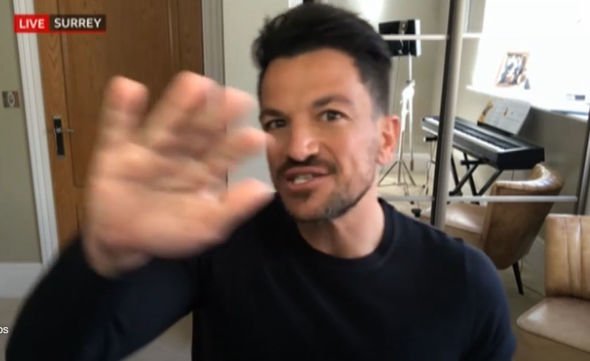 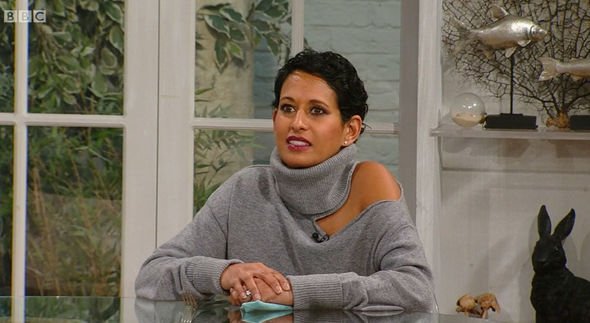 Peter swiftly moved the conversation on, as he discussed his return to the stage.

“No, it’s going to be fantastic bringing that back to the stage and I think people want to get out to the theatre,” he continued.

“The theatres have taken a massive hit as you can imagine, including all the people who work on lights, the sound, production, crew. There are so many people that are aching to get back on stage.”

His comments come after Spain, Portugal and Greece are hoping to be able to welcome back British tourists this summer, due to the success of the UK’s vaccine roll-out.

Elsewhere, the BBC Breakfast host revealed she had suffered an injury after pushing herself too hard at the gym.

She explained on her radio show last week how she got carried away running on the treadmill, which left her “hobbling”.

The small-screen star branded herself a “fool” after she pulled her Achilles tendon.

Naga told listeners: “My lesson learned, I went to the gym yesterday and I pushed it.

“I really pushed it, and I was so excited being back and I ran just a little bit too far.

“And I’m now hobbling today because I pulled my Achilles tendon, I think.”

The 5Live presenter confessed the injury had left her feeling “really sore” following the incident.

BBC Breakfast airs daily on BBC One at 6am.