Of the many types of documentary films, Oscar-nominated director Gianfranco Rosi has identified one genre he describes as “complaining and explaining.”

That’s not his school. When Rosi settles on a theme for a film, he leaves the rest to chance—traveling to a place and then meeting people who capture his attention. Such was the case with his latest documentary, the Oscar-shortlisted Notturno. Rosi spent three years on the borders of Iraq, Kurdistan, Lebanon and Syria to gain a distinct experience of the Middle East.

“I wanted the film to be a film of encounter,” Rosi tells Deadline. “I wanted the film to start where the reportage stopped and to follow the patterns of the borders—those borders that for years were somehow dominated by violence, by fear, and yet the borders, they’re full of life…The people I met were completely accidental, moments of people passing by—a face, a situation, a landscape.” 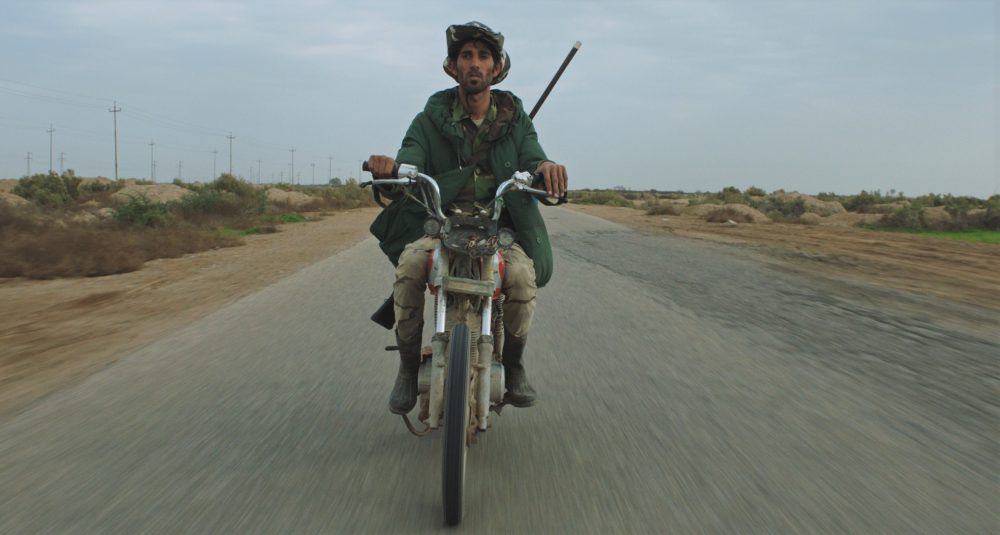 Unusually for a filmmaker, Rosi at first leaves his camera behind—for example, when he made a perilous journey to Southern Iraq.

“I wanted to go there because three million people died in the war between Iran and Iraq under Saddam Hussein,” Rosi tells Deadline. “I was still at the moment where I was putting together stories. I love to be without the camera when I do that.”

Over time, Rosi filmed arresting sequences across the border regions. In one scene, a group of women gather in an abandoned prison where their sons were tortured and killed by ISIS militants. One mother moves her hands across the wall of a barren cell, as if to commune with her murdered child.

“This prison is for the wicked and you were good,” she moans. “I feel your presence in this room.”

In another scene, children of Iraq’s Yazidi minority—an ethnic group targeted for extermination by ISIS—tell a teacher about the atrocities they witnessed: beheadings, burning of Yazidi people, children tortured and threatened with death.

“Anyone who was crying they were told they’d be killed,” a girl recalls. A traumatized boy stammers, “It was very bad, teacher.”

Another of the people Rosi met was Alì, a teenaged boy charged with scraping together food for his many younger siblings. He says very little in the film, yet his eyes are as eloquent as a portrait from a Renaissance artist. 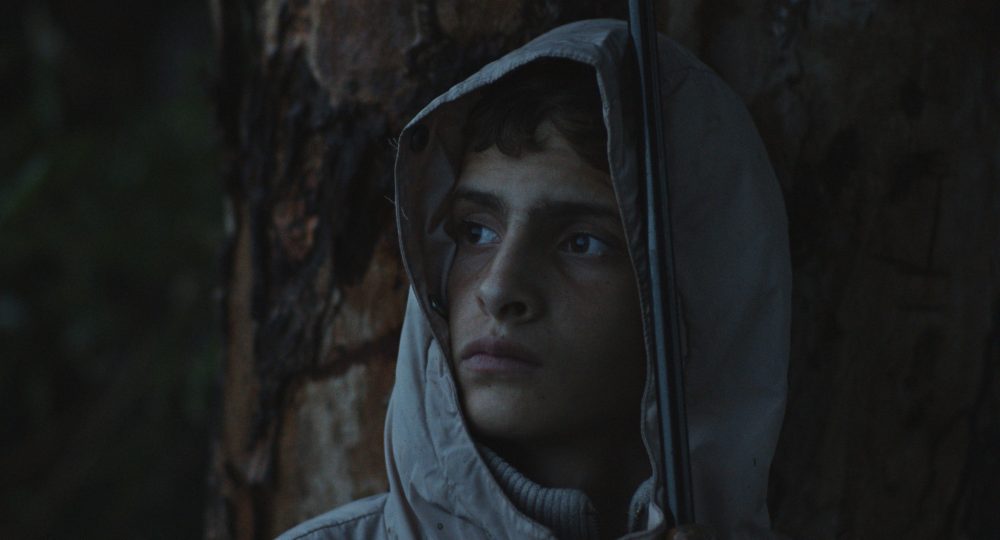 Rosi filmed female Peshmerga soldiers on the watch in Kurdistan, but there are no scenes of combat in Notturno, by design. In the background of some scenes gunfire stutters, a bracing punctuation to life in this part of the world.

Notturno eschews the explanatory devices common to many documentaries, like graphical maps, text on screen naming places and people, or narration. 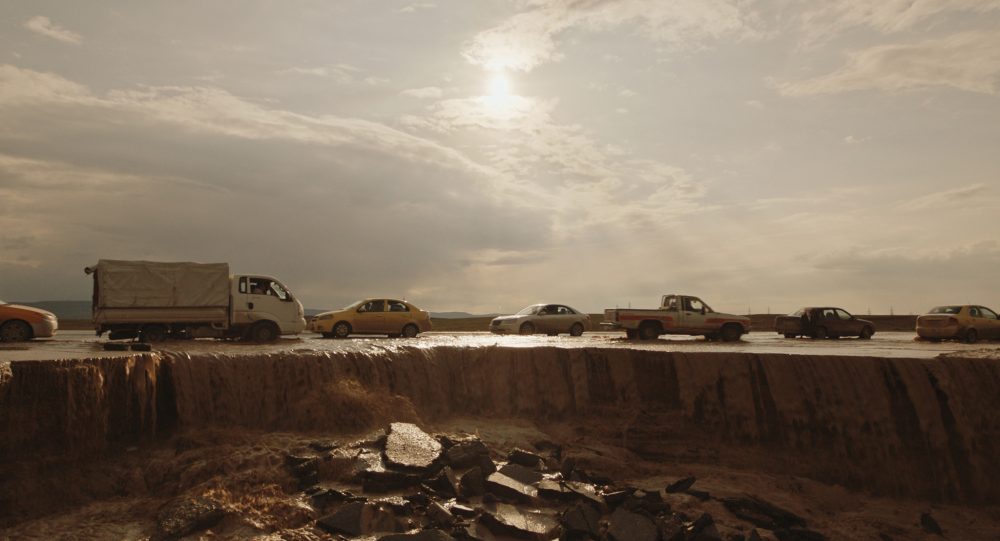 Filming in that part of the world, especially being far from urban centers much of the time, posed great risk. Rosi worked with a local producer in each place to lessen the danger—somewhat.

“The local producer [arranged]…security to go from one place to another place, to give me all I needed to move,” Rosi comments. “And yet they were going crazy because they’d say, ‘Gianfranco, you cannot stay there more than three days, if you stay there more than three days you become a target.’ And for me three days is nothing. I have to be one month there. I was always bargaining with the time I could spend there.”

Notturno is now streaming on Hulu after a virtual cinema launch last month by Super LTD, a boutique division of Neon. It premiered at the Venice Film Festival last September, earning multiple awards including Best Italian Film. Rosi previously won the Golden Lion at Venice for his 2013 documentary Sacro Gra. In 2016 he won the Golden Bear, the top prize at the Berlin Film Festival, for Fire at Sea, which went on to earn an Oscar nomination as Best Documentary.

Rosi is back in Berlin this week serving on the film festival jury with a group made up uniquely of fellow Golden Bear winners. He says they’ll be watching the competition films at the Berlinale Palast, just the six of them in a venue that in normal times would swell with thousands of cinema lovers.

“At least we’re watching a movie on a big screen, not on a bloody iPad or computer,” he muses. “I miss that so much. To see people, to be there, to be sharing this in the theater.”

That was the original idea with his latest film, of course, a documentary filled with stunning images.

“When I was filming Notturno, I was not thinking iPad, I was thinking a huge screen in Sala Grande in Venice. Or in Cannes or in Berlin,” he says, “with like 4,000 people breathing with you, laughing with you. Not with me but with what they’re watching, to become part of the storytelling. And this is the moment that for me is fantastic.”