Home » Celebrities » Paris Hilton Denies She’s Pregnant Hours After Reports: ‘I Want You To Hear It Directly From Me’

Paris Hilton Denies She’s Pregnant Hours After Reports: ‘I Want You To Hear It Directly From Me’

There’s no baby on the way for Paris Hilton just yet! The socialite denied that she is pregnant following reports that she’s expecting her first child.

Paris Hilton is not pregnant! The 40-year-old socialite denied that she is a mom-to-be on July 27 following a report from Page Six  that she is expecting her first child with fiancé Carter Reum. Paris made the clarification on Tuesday’s episode of her This Is Paris podcast. “I’m waiting until after the wedding,” said Paris, who got engaged to her beau on February 13. “My dress is being made right now so I want to make sure it looks gorgeous and fits perfectly. So definitely waiting for that part,” she added, per the Daily Mail.

Paris went on to say that she eventually hopes to have a baby girl named London. “I love London and Paris together,” she said. “And for my boy I want to name him after a city, or a country or a state as well. I have the name but I’m not going to say it yet. I might keep it a surprise, I don’t want anyone stealing my baby name for that one.” 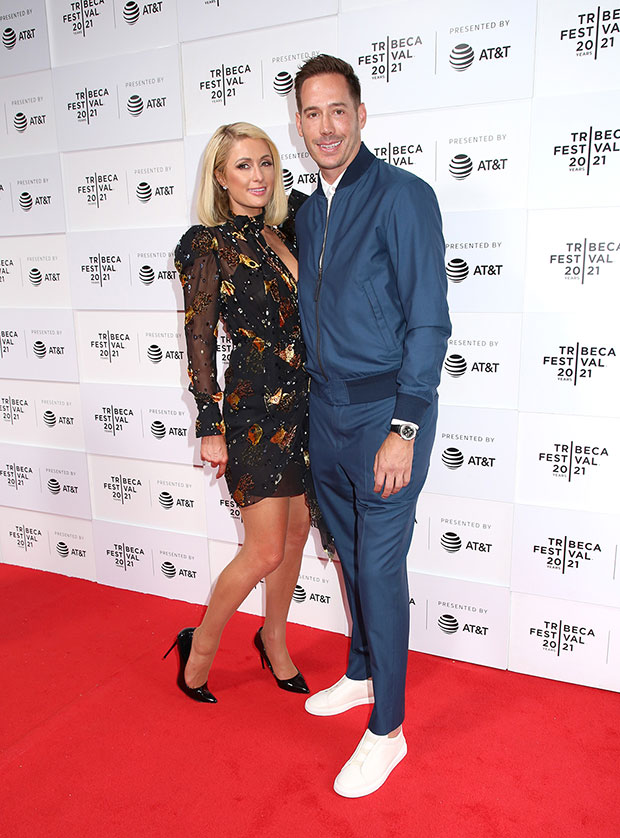 Paris has wanted to be a mom for a long time. In January, she revealed that she had started undergoing IVF treatments to have a baby (or babies)! “I can pick twins if I’d like,” Paris explained. “[Carter and I] talk about [getting married] all the time and planning our babies’ names and all of that. I’m really excited to just move on to the next step of my life.” She also decided to freeze her eggs back in 2018 while she was engaged to Chris Zylka.

Paris has been dating Carter, an entrepreneur who has invested in various well-known startups, since the end of 2019. They sealed the deal on their relationship when Carter proposed on Feb. 13 while he and Paris were celebrating her 40th birthday on a private island. The couple shared the news of their engagement with Vogue for a Feb. 17 interview. “I am excited about this next chapter and having such a supportive partner,” Paris told the mag. “Our relationship is one of equals. We make each other better people. He was absolutely worth the wait.” 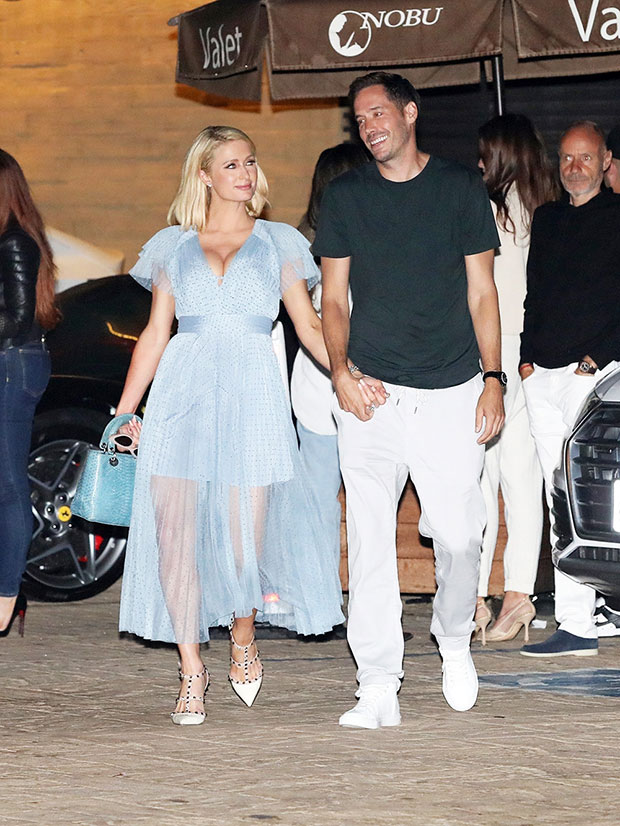 For the proposal, Paris was wearing a white dress with a plunging neckline and thigh-high slit, while Carter wore a white suit when he got down on one knee and presented the birthday girl with a massive, emerald-cut diamond ring. There were also family members on the island, including Paris’s sister, Nicky Hilton, to help the lovebirds celebrate afterwards.