Fox News Flash top headlines for May 11 are here. Check out what’s clicking on Foxnews.com

Peggy Lipton, the actress who first gained fame on “The Mod Squad” in the 1960s and then attracted a new generation of fans on “Twin Peaks,” has died, according to reports. 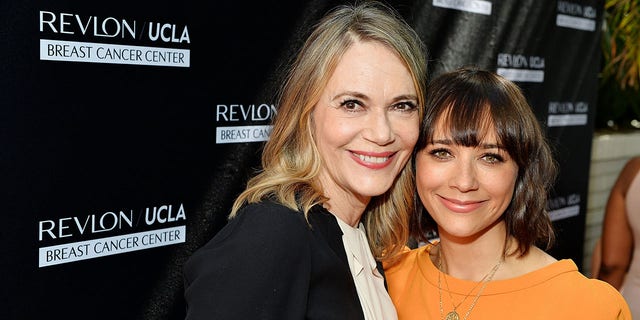 Her death was announced Saturday by daughters Kidada and Rashida Jones.

“She made her journey peacefully with her daughters and nieces by her side,” Lipton’s daughters said in a statement, according to the L.A. Times. “We feel so lucky for every moment we spent with her.”

Lipton was born in New York in 1946 and began modeling at age 15, the L.A. Times reported. When she began acting, she appeared on shows such as "Bewitched," and "The Magical World of Disney," before winning the role of Julie Barnes on "The Mod Squad." The 1968-1973 police drama series was groundbreaking because it was one of the first TV shows to acknowledge the counterculture and also featured an interracial cast, the Times noted.

When Lipton married Quincy Jones, who is black, in 1974, she again found herself as something of a trailblazer.

“I never saw myself as trend-setting,” Lipton told the L.A. Times in 1993. “We were always working. Fame really drove me into my house. I was very paranoid. I didn’t like going out. I had no idea how to be comfortable with the press. I was very young. It was really hard for me.”

In recent years Lipton watched daughter Rashida Jones, 43, become a successful actress, with roles on series including "The Office." Daughter Kidada Jones, 45, is an actress, model and fashion designer.