High there! Pint-sized actor Tom Hollander is left in the shade by lanky cyclist as he strolls along street

He has admitted that being on-screen has made him more self-conscious about his height.

So it’s fair to assume Tom Hollander, who stands at 5ft 5, may have felt a touch uneasy in this real-life scene.

The Bafta award winner, 54, was spotted sizing up a passer-by who dwarfed him in height in Notting Hill, west London, last Thursday. 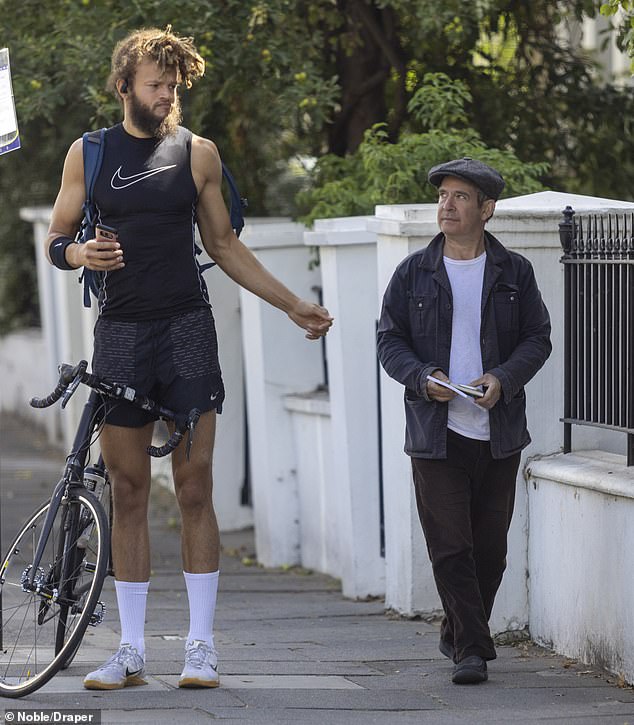 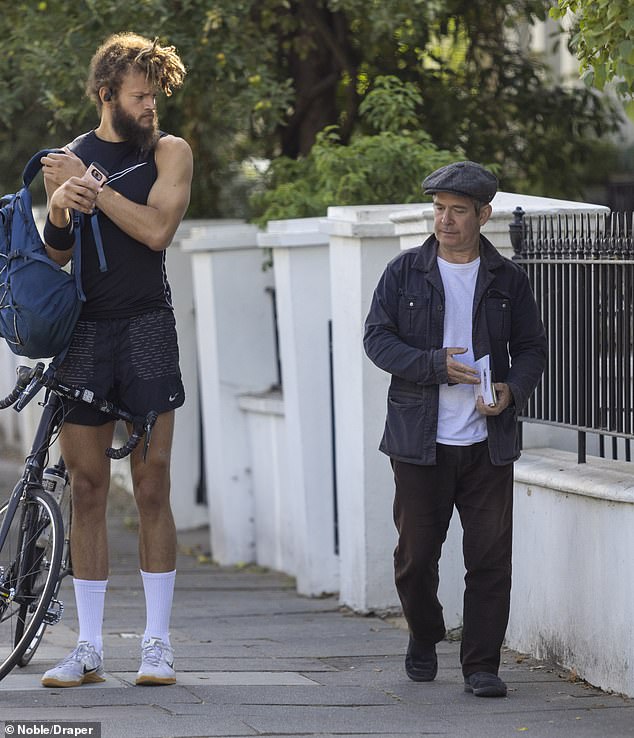 Hollander, who was wearing a grey jacket over a plain white t-shirt with brown trousers and a grey flat cap, stared up and down at the cyclist, who was over 6ft.

The pair then shared awkward eye contact as the actor walked past him on his afternoon stroll.

Hollander has enjoyed a successful acting career, playing leading roles in comedy The Thick of It and Pirates of the Caribbean, and been called a ‘pint-sized virtuoso’.

But he says being an actor has made him much more conscious about his height.

He said: ‘I never thought of myself as being short. Being an actor has made me much more conscious of it than I would have been otherwise.’