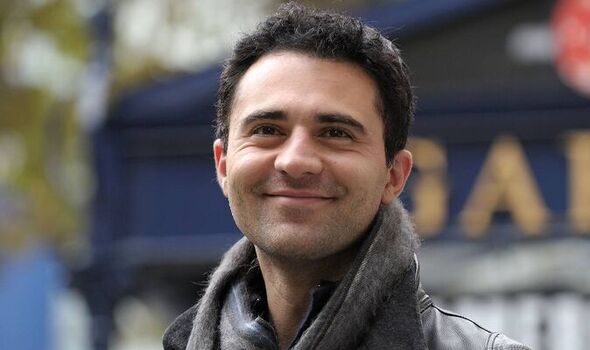 A family statement said: “It is with great sadness that we announce the passing of Darius Campbell Danesh. The local police department have confirmed that there were no signs of intent or suspicious circumstances.”

The Scottish singer-songwriter and actor – who was known as Darius Danesh when he made his first bid for fame in ITV show Popstars in 2001 – also appeared on the first Pop Idol, which was won by Will Young.

Campbell Danesh turned down Simon Cowell’s offer of a record deal and signed with producer Steve Lillywhite, whose credits include the Rolling Stones.

His debut single, Colourblind, was released in July 2002 and went to number one, marking the start of a run of top 10 releases.

He went on to a stage career, appearing in Chicago as Billy Flynn in two runs of the show, as well as Guys And Dolls, Gone With The Wind and more in the West End.

He lived in the US and in 2011 married Canadian actress Natasha Henstridge, whose films include sci-fi hit Species.

The couple divorced a few years later. After coming third in Pop Idol, he went on to win the first series of ITV’s Popstar To Operastar contest, beating Bernie Nolan of The Nolans in the final.

A few months after his win he landed his first major opera role as Escamillo in a new production of Carmen at London’s O2 Arena.

Campbell Danesh was born in Glasgow to a Scottish mother and Iranian father. He studied English literature and philosophy at Edinburgh university.

Although he found fame as Darius Danesh, he later changed his name to include his mother Avril’s maiden name of Campbell.

He became a supporter of cancer charities including Cancer Research UK. He also made a foray into Hollywood as a co-executive producer on the horror film Imperium, starring Daniel Radcliffe, in 2016.