A presenter appearing on Australian breakfast TV show Sunrise has issued a brutal comment on the Johnny Depp and Amber Heard trial after the Aquaman actress took to the stand.

Heard took to the stand on day 14 of the defamation case in the US and testified about her relationship with the actor, who is suing her for libel over a 2018 article she wrote which his lawyers say falsely implies he physically and sexually abused her while they were together.

‘Did you notice that she was crying and there were no tears? That’s always something we look for,’ she asked her co-hosts.

‘That’s always a tell… that actually is a big deal, when somebody is trying to communicate something and it comes across a little bit false.’

She added: ‘I think, most of her testimony, she stuttered through a lot of things, she sounded rehearsed.’ 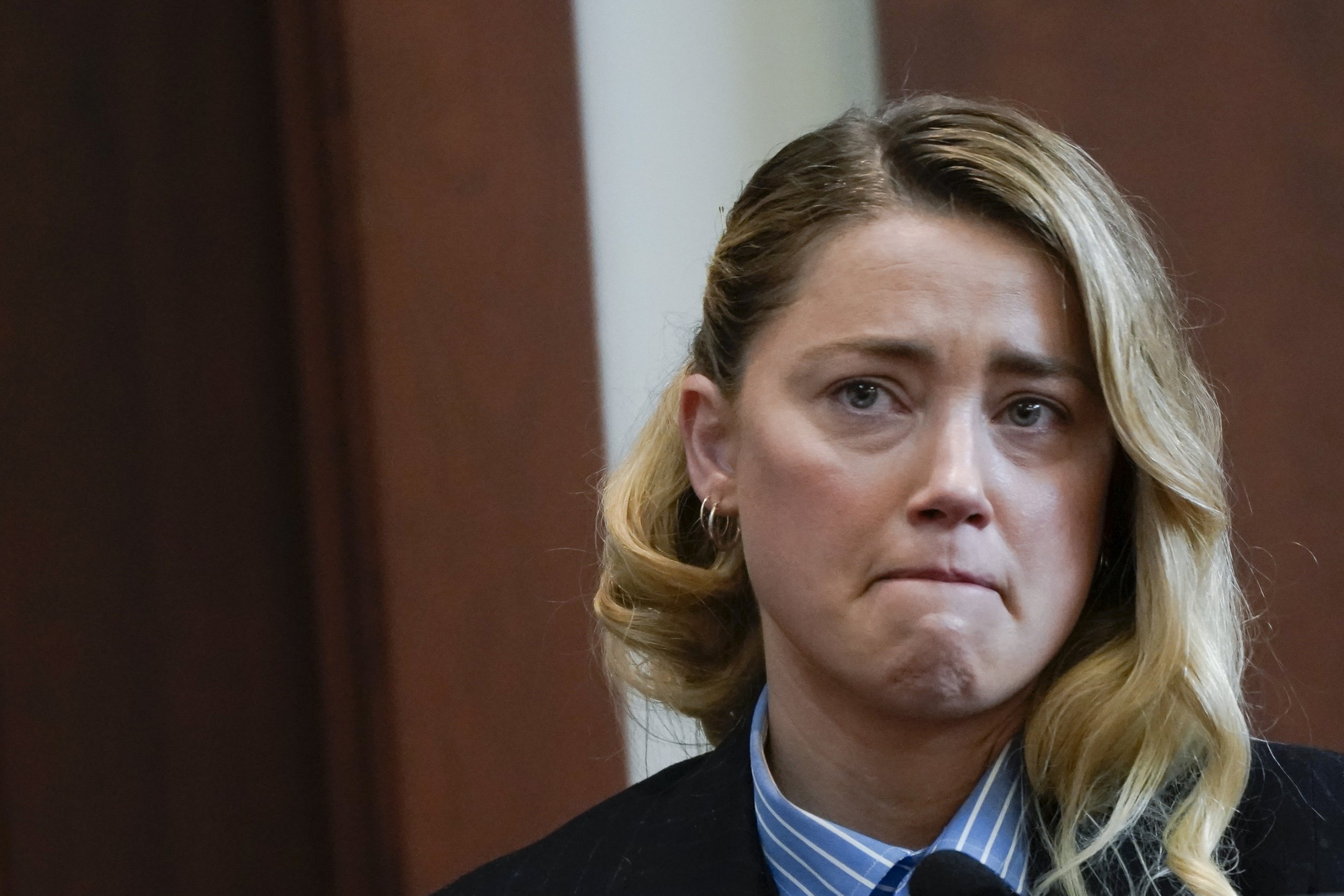 ‘Rather than just having a conversation and telling us her testimony, it seemed like she was trying to remember what [her lawyer had] told her to say,’ the presenter claimed.

Lawrence also prompted a stunned reaction from her co-hosts when she said: ‘I always believe women, I always do. Except then there’s Amber Heard.’

During her testimony, Heard claimed Depp subjected her to a cavity search, and slapped her when she laughed at one of his tattoos.

She also claimed the actor dangled both of their dogs out of the window of a moving car while ‘howling like an animal’.

She also explained that the trial had been ‘the most painful and difficult thing I’ve gone through’.

‘I struggle to have the words to describe how painful this is,’ she told the court.

‘This is horrible for me to sit here for weeks and relive everything, (to) hear people that I knew – some well, some not, my ex-husband with whom I shared a life – speak about our lives in the way that they have.

‘This the most painful and difficult thing I’ve gone through for sure.’

Depp is suing Heard for defamation over the op-ed she wrote four years ago, and is seeking $50million (£39m) in damages.

Although he was not named in the Washington Post piece, his team argued that it implies he was physically and sexually abusive towards her – something he has denied.

The case began last month and is thought to continue for several more weeks.