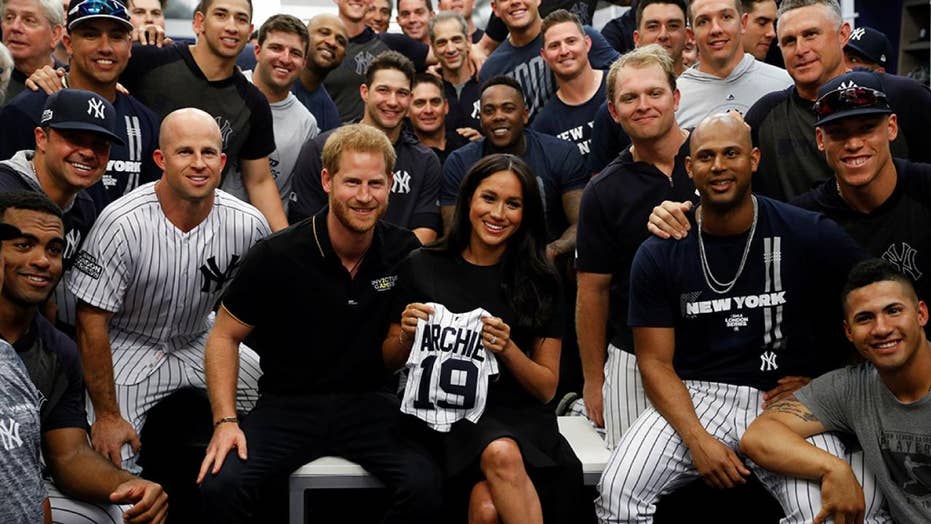 Meghan Markle and Prince Harry met the Yankees and Red Sox at the first MLB game in London.

Meghan Markle had another awkward encounter with her husband Prince Harry while attending the first Major League Baseball game held in London on Saturday.

The Duchess of Sussex, 37, and the Duke of Sussex, 34, watched the New York Yankees play the Boston Red Sox and even visited the teams in their locker rooms before the game.

But a few eagle-eyed fans noticed that while watching the game Markle, at one point, seemingly appeared to turn and speak to Harry, however, he didn't react as he was having a conversation with someone else. She then turned her focus back to the game.

"Is it my imagination or is Harry ignoring her?" one social media user wrote.

"The look on her face as she turns around after being completely ignored was priceless," another person said.

"He totally ignores her," a third commenter wrote.

The new parents of son, Archie, made a surprise appearance at the first of the two-game series. They chatted with Yankees pitcher, CC Sabathia, and Red Sox player, Chris Sale, while members of the Invictus Games Foundation, which Prince Harry founded, threw the first pitch.

The Duke and Duchess also received personalized gifts from each team for newborn Archie. The Yankees gave him a customized pinstriped shirt and the Sox gifted the baby a mini red bat and red onesie.

The occasion marks the second time Markle has made a public appearance since the birth of her child. The first was in June at the annual Trooping of the Colour, which celebrates the Queen's birthday.

In the video, fans spotted Prince Harry appearing to correct his wife when she turned around twice to speak to him while on the balcony in front of the cheering crowd.

According to a lip-reading expert from the DailyMail, Prince Harry allegedly told Markle to "turn around" and "look" forward before England's National Anthem started playing.