Home sweet home! Prince Harry was ready to get back to wife Meghan Markle after his trip to England for Prince Philip’s funeral, a source exclusively tells Us Weekly.

“Harry couldn’t wait to return to his heavily pregnant wife and Archie,” the insider says. “[He] is happy to be back in Montecito.”

Us confirmed on April 12 that Harry, 36, had landed in the U.K. and was quarantining at Frogmore Cottage after the Duke of Edinburgh’s death on April 9 at the age of 99. The Duke of Sussex, 36, arrived back in California on Tuesday, April 20, following his grandfather’s memorial on Saturday, April 17. 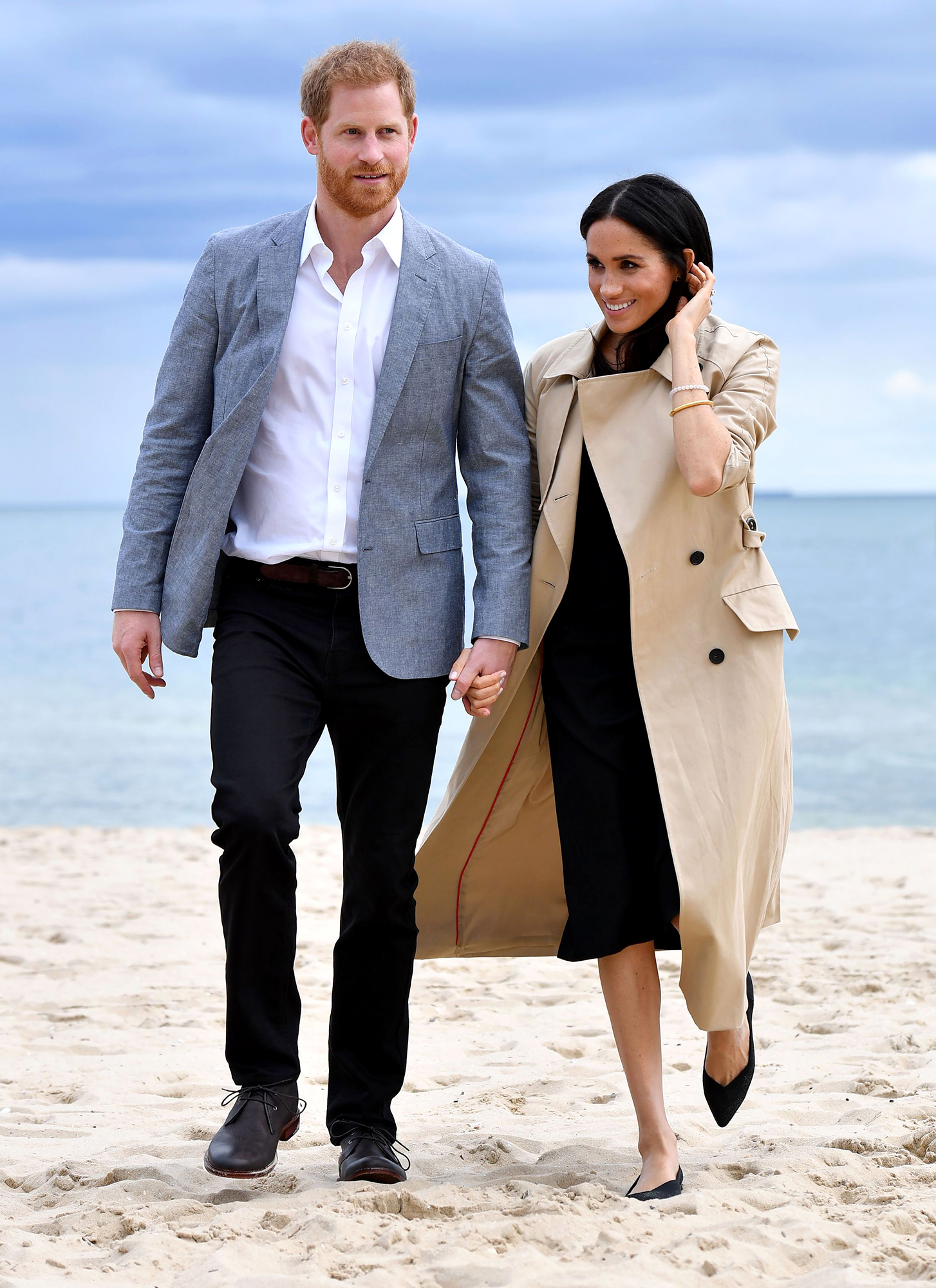 Us previously reported that Meghan, 39, did not travel to England because she didn’t get clearance from doctors amid the final months of her second pregnancy. The couple’s 23-month-old son, Archie, also stayed back in the U.S. while Harry reunited with his grandmother Queen Elizabeth II and the rest of the royal family for the first time since the couple stepped back from their senior royal duties in early 2020.

While honoring Philip over the weekend, Harry made headlines when he was spotted chatting with brother Prince William and William’s wife, Duchess Kate, after the services. The trio were then seen walking together from St George’s Chapel, sparking speculation that the siblings’ longstanding rift was on the mend.

Body language expert Elaine Swann exclusively told Us on Monday, April 19, that the way the Duke of Cambridge, 38, leaned in toward his younger brother after the funeral was a “very hopeful [sign] for these two young men.”

The brothers, whose relationship was worsened after Harry and Meghan’s tell-all interview aired in March, appeared to be in good spirits as they reunited on Saturday.

“William did his best to open his body language toward his brother,” Swann explained of the siblings’ post-funeral walk. “You have to look at the fact that he turned it toward him. And so, in that opening, that’s saying, ‘Come on in. Let’s talk, let’s chat.’ He didn’t walk side by side, but he actually turned toward his brother.”

Royally Rocky: Inside William and Harry’s Relationship Over the Years

Harry, for his part, “was doing his best to say, ‘Hey, you know, bro, we’re, we’re still here. I’m still here. I still love you,’” according to the Swann School of Protocol founder.

The former military pilot also got face time with the queen, 95, with Harper’s Bazaar confirming on Wednesday, April 21, that the pair spoke privately on two separate occasions. A source tells Us that Harry was also able “say goodbye to the Queen before her birthday” on Wednesday, leaving her a “gift and card from him and Meghan.”