The Duke of Cornwall and Cambridge has now left Balmoral following the death of his grandmother the Queen. She died at the age of 96 on Thursday afternoon.

Prince William arrived at Her Majesty’s bedside on Thursday where he was joined by other immediate members of the royal family following concerns for her health.

Meanwhile, the Duchess of Cambridge had remained in Windsor at their home with their three children.

WATCH: The Duke of Sussex arrives at Aberdeen airport to fly home

Prince George, Princess Charlotte and Prince Louis have been settling into their new school following their recent move to Windsor from Kensington Palace in London.

Prince William will now join them.

MORE: The Queen’s death: Day-by-day guide to what happens next

Queen Elizabeth II was surrounded by the love of her family when she died peaefully at her summer royal residence in Scotland. 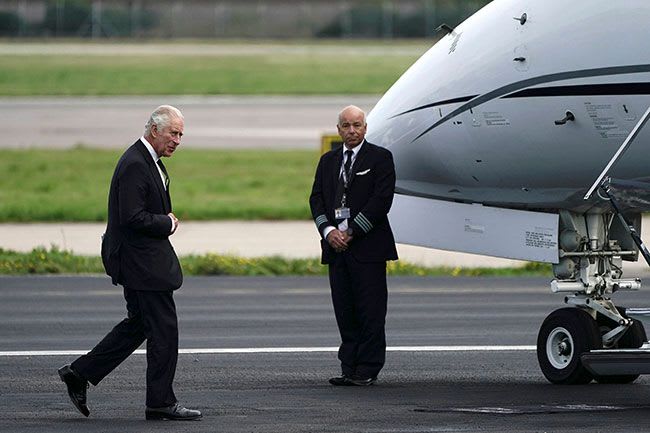 Before Prince William, Prince Harry had left Balmoral on Friday morning shortly after 8am.

The Duke of Sussex was later seen comforting airport staff before he got on his commercial flight to London.

There has been an outpouring of love since the sad announcement from Buckingham Palace on Thursday evening. 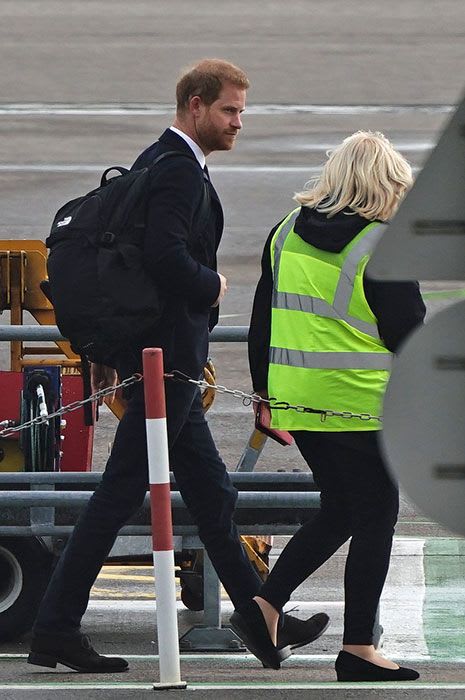 Tributes have been paid from world leaders, European royals and celebrities as the world says goodbye to the Queen who was so well loved.

Flowers have been laid outside Buckingham Palace as the period of mourning begins in the UK to celebrate her astonishing legacy.

Earlier this year, the Queen marked the 70-year milestone with the Platinum Jubilee celebrating her amazing reign.

The royal family are grieving the loss of the Queen

Speaking from the heart, Prince William has often spoken fondly of his grandmother and the incredible woman she was.

They shared a close bond and enjoyed spending lots of time together. He previously said of the Queen: “Growing up, having this figurehead, having this stability above me has been incredible.

“I have been able to explore, understand, slightly carve my own path. I greatly appreciate and value that protection.”