Jax Taylor was spotted wearing his wedding ring as he left the gym in L.A. on Friday, August 30, days after his wife, Brittany Cartwright, denied any tension in their marriage.

After the Vanderpump Rules star, 40, was spotted twice without his wedding band, Cartwright, 30, explained to Us Weekly that her husband takes off his ring, which includes a diamond from his late father’s ring, when she works out so he “doesn’t mess it up.”

“I love his ring, I love seeing it on him,” told Us as she promoted her new ShoeDazzle collection on Tuesday, August 27. “He’s always wearing it, he hasn’t lost it or anything yet, I was really worried about that.” 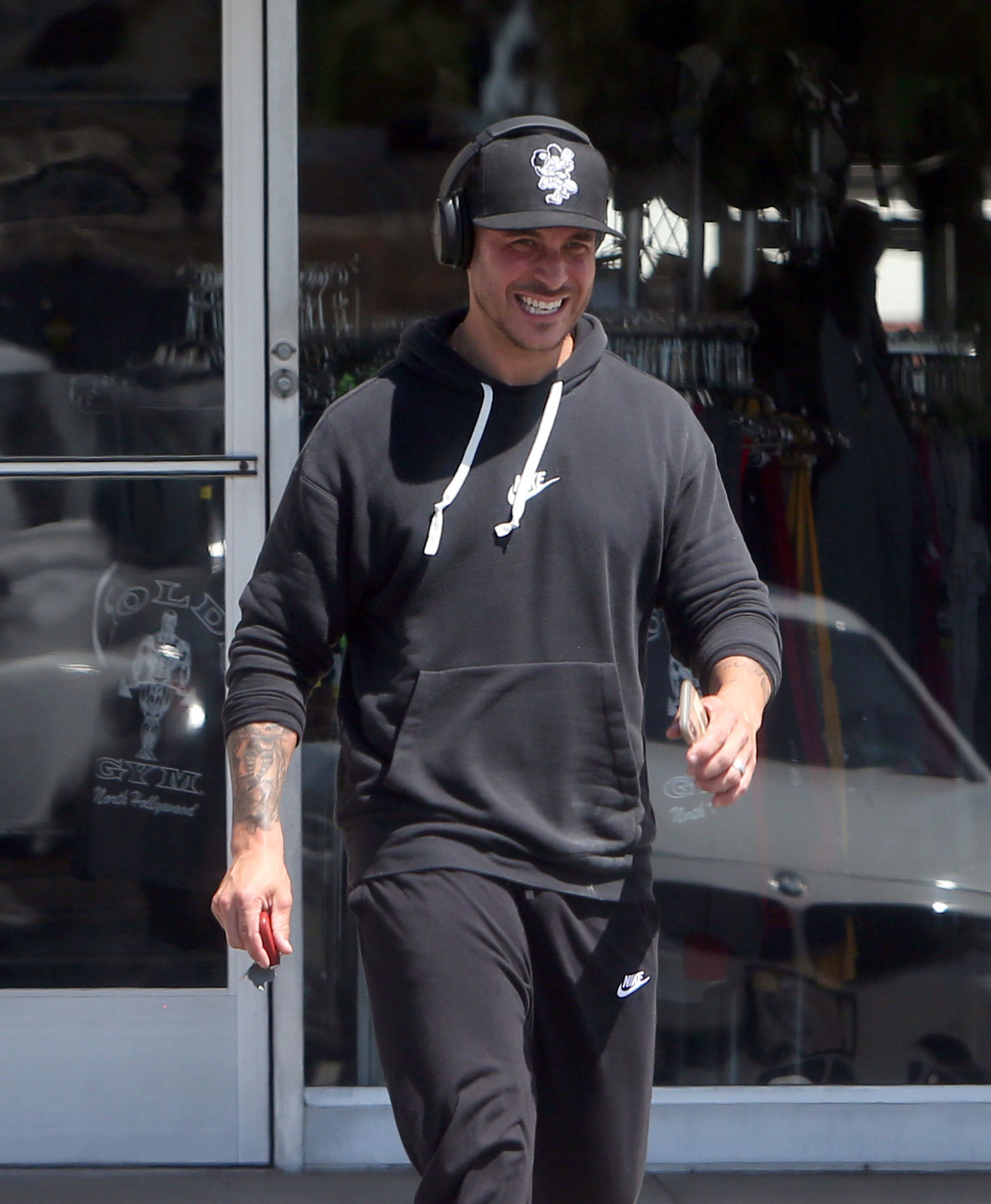 Cartwright added that Taylor, who she wed in Kentucky in June, works out twice a day, so “he’s even gonna get workout rings that he can wear to the gym.”

The Sur waitress also dismissed speculation that their relationship is on the rocks.

“We have to laugh about stuff because, I mean, there are articles saying that our marriage is in trouble and stuff like that. I’m just like, ‘Oh my goodness,’” Cartwright said. “We have been so solid. I don’t even worry about it because as long as we’re happy and we’re doing good, that’s all that matters, you know?”

The couple, who moved into a five-bedroom L.A. home that set them back almost $2 million earlier this year, after enjoying being newlyweds and focusing on their future together.

“Married life is awesome,” she told Us on Tuesday. “I think we’ve settled in very well. I’m just so excited. I love Jax so much so everything’s been going great. Hopefully we’ll be able to have a family and stuff. We’re doing great. We are very, very, very happy right now.”

Taylor opened up in December about having children, telling Men’s Health that he’s “determined to be the best father that I can possibly be.”

“I really want to be at every PTA meeting, every soccer practice, every ballerina class. My dad was there,” he added.

Cartwright told Us that they “aren’t officially trying just yet,” but she also has babies on the brain: “I’ve always wanted to be a mom and Jax can’t wait to be a dad, so we’re just seeing how it goes and maybe within the next year we’re going to start trying.”