'QAnon Shaman' Gets 41 Months in Prison Over Capitol Riot 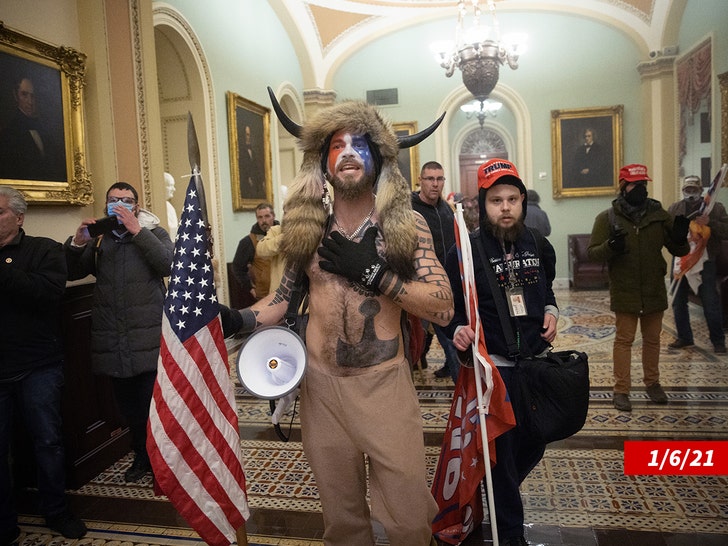 The so-called “QAnon Shaman” will be in prison for a while for his part in the Capitol riot from Jan. 6 — the guy just got sentenced, and he’s looking at a few years behind bars.

Jacob Chansley was handed 41 months Wednesday during sentencing, which comes out to about 3 years and change. The guy’s been in federal custody this entire time.

Prosecutors were gunning for a lengthy prison stint here, as they wanted to set an example for those charged with felonies over this matter — and now that Chansley’s fate has been determined, it could be a sign of what’s to come for others whose cases are still pending. 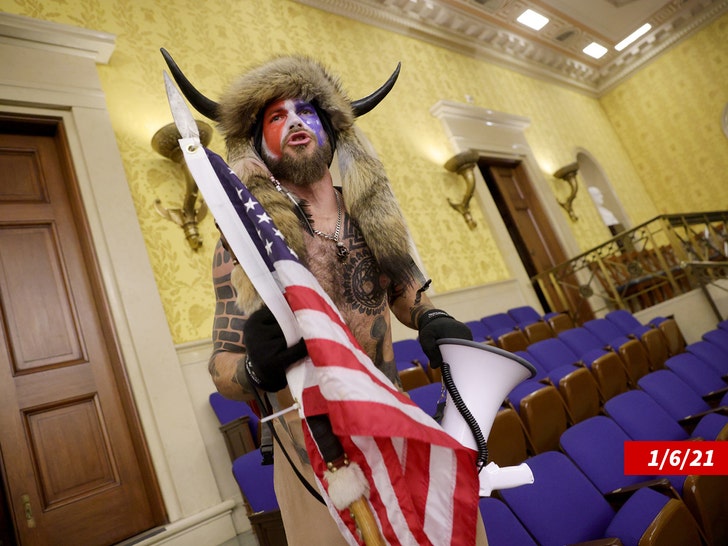 As we previously reported, Chansley struck a plea deal with prosecutors, who laid out a window of 41 to 51 months they said they’d recommend. The judge sentenced him on the lighter end of that bench.

As we reported … Chansley — who was one of the hundreds of people who stormed the Capitol, dressed in a bizarre Viking-style outfit — pled guilty to obstructing an official proceeding before Congress … this after initially being arrested for knowingly entering/remaining in a restricted building or grounds without lawful authority, among other counts. 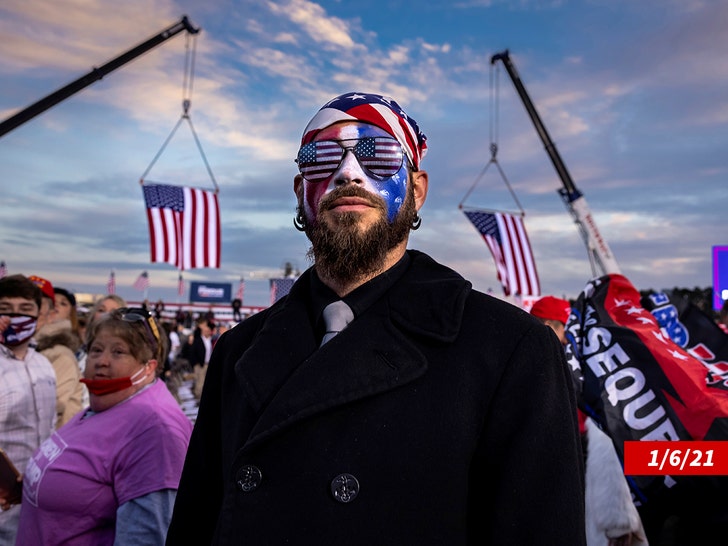 Chansley has griped about his living conditions while in jail … including an alleged crappy diet, which he claimed was affecting his health. Nevertheless, he was never released on bond … despite his repeated pleas.

He’s been cited as a prominent figure in the fringe QAnon movement, which is rife with conspiracy theories … and which seems to pledge allegiance to Donald Trump.