Do your friends tell you you’re "celeb obsessed"? Do you follow your favorite celebs’ every move? Know their Instagram histories so well that you can rattle off their inner circle by name and IG handle? If yes, Elite Daily’s new series, SideClique, is just for you. We’re bringing you everything you’ve ever wanted to know about the people living their lives right alongside our favorite celebs.

On Khloé Kardashian’s reality show Revenge Body, people’s lives are transformed by digging deep into their emotions, new fitness routines, and finding their inner strength. The series’ participants work with trainers to revamp their lives from the inside out. The show only films the trainers for a couple days, but there’s a lot more going on beyond what the cameras catch. Revenge Body trainer Autumn Calabrese tells Elite Daily that there is no such thing as an average day for her while working on the show.

Calabrese is featured on the upcoming third season of Revenge Body, but you might already know her from one of her many other fitness ventures. The Beachbody trainer has developed several fitness and nutrition programs, including 80 Day Obsession and 21 Day Fix. Her celebrity clients have included Kendall Jenner, Tom Bergeron, Brooke Burke, and Rachel Zoe. But, her time on Revenge Body gave her the opportunity to have some more focused time with one, specific client.

"I don’t get to work with people one-on-one often anymore because of how busy my schedule is with creating programs and such for Beachbody," Calabrese says. "That is a very hard environment. Once you’re one the show, you’re not guaranteed your spot. You really have to perform. And so my challenger coming in, doing as well as she did, and sticking to it with all of her circumstances that she had going on was definitely a good surprise. She was able to handle it all." 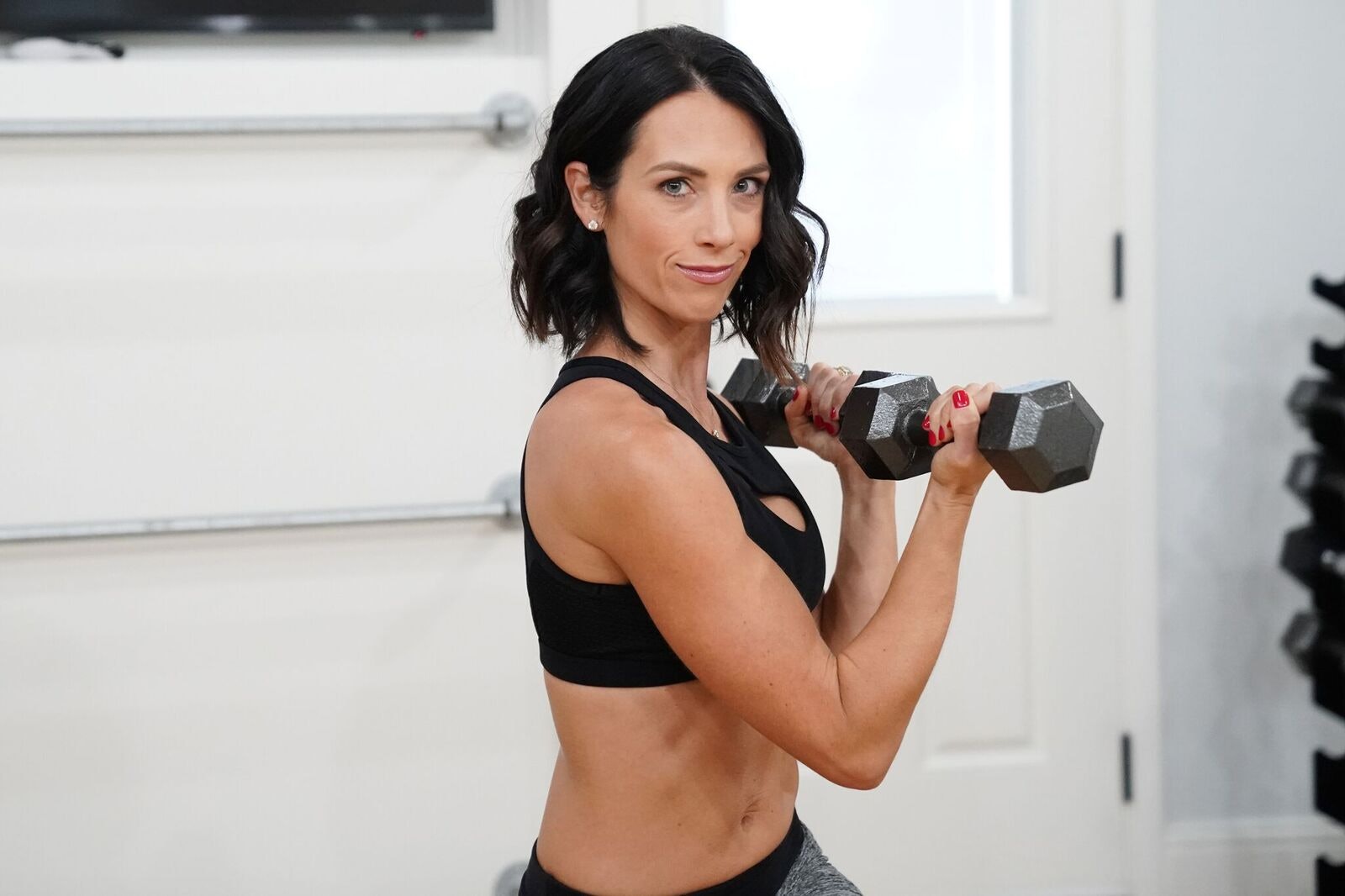 While working on Revenge Body, Calabrese’s filming schedule might not be what fans expect. "It’s not a day-to-day process. It’s obviously a reality show, but it’s not filmed every single day. Even though they cover the course of training, the cameras aren’t on us 24/7," she explains. "I was working with my contestant Tara the whole time, so I would see her multiple times a week for training sessions. We would talk daily via text – you know, did she get her workout in, what was her nutrition like, did she stay on track, does she have questions. And then once a week, maybe once every two weeks, the cameras would sort of come to check in on Tara, to see where she’s at."

Calabrese also spent a bit of time with Kardashian, who is the official host of the show. Revenge Body is about people in tough situations finding ways to improve their lives, and Calabrese says Kardashian clearly expresses that during filming. "She really does care about these people and what they’re going through," Calabrese shares.

Revenge Body is just one of the many pieces of Calabrese’s busy life. She’s constantly juggling several projects. From filming fitness videos on set to writing scripts for nutrition programs to photoshoots, she’s always on the go. Of course, Calabrese makes time for her own personal workout; she’s "always dressed in workout clothes," so she’s ready to exercise wherever, whenever. But, no matter what her day begins and ends with her 10-year-old son. 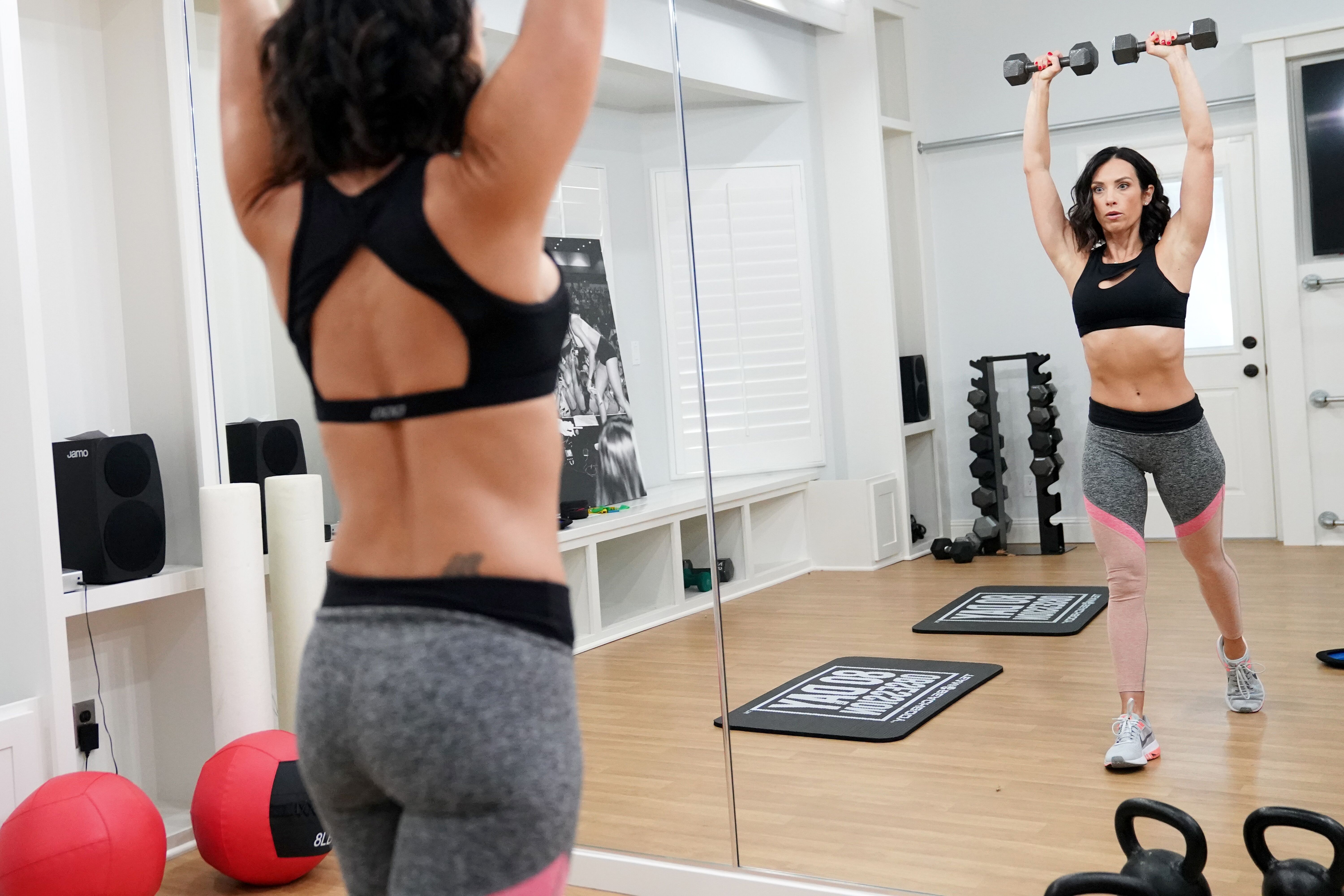 Positivity plays a big role in Calabrese’s fitness ethos. She believes that keeping a positive outlook is the key meeting your goals.

"Life really is all about perceptions," Calabrese says. "We all have the same 24 hours in the day. We all have challenges that we’re gonna face. And if you can just look at them in a little bit different light, in a little bit more positive manner, that doesn’t mean that everything’s gonna be coming up roses all day every day. But it just means not letting yourself get weighed down and stuck in the negative side of a situation."

You can see Calabrese’s fitness routine in action when Season 3 of Revenge Body With Khloé Kardashian premieres on Sunday, July 7 at 9 p.m. ET on E!.