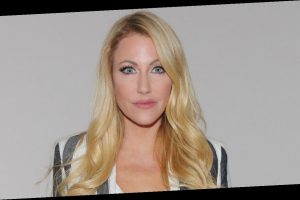 Stephanie Hollman is one of millions of Texans whose home was affected by the brutal winter storm this week.

The Real Housewives of Dallas star lives in Dallas with her husband, Travis Hollman, and their two children, sons Cruz and Chance. She exclusively spoke with ET on Thursday about how her and her family have been handling the state’s bitter temperatures, power outages and more.

“We just got our power back late last night, so we are finally able to stay in our house,” Hollman revealed. “We had no power for three days, and our kitchen sink was frozen. We’re so lucky because we have a fireplace and were able to use that downstairs to kind of keep a little warm, but it’s been crazy here.”

“A lot of people are still without electricity and power, who have it a lot worse off,” she continued. “I think it’s the elderly, and children, who are the most vulnerable, and that people really need to watch out for. You see on the news all these people trying to stay warm and keep their kids warm, who are dying from carbon monoxide poisoning. It’s just so, so sad and so unnecessary, to be completely honest.”

CBS News reported on Wednesday that nearly 3 million households did not have power in Texas, which is the only state that has its own power grid not regulated by the federal government. Many residents, past and present, have spoken out about the state’s failure to weather-proof power-generating facilities, raising awareness for how unprepared Texas was for a weather emergency of this caliber.

“I never knew that this was a problem, and we don’t have a generator because I never thought we needed one,” Hollman admitted. “It’s scary how unprepared we were and I am still not 100 percent sure what happened. It’s scary that people are literally dying trying to stay warm and freezing to death. It just feels very unnecessary and really sad that we just feel unprepared. We hear certain areas having power and people who have not had power for four days. It just does not make a lot of sense to me.”

“Every tip I’ve gotten is from a fan. They’ve told me what to do and how to stay warm,” she added. “And great ideas, like using pool noodles around your outdoor water source to keep them insulated and breaking up the ice on our pool to make sure it doesn’t freeze. I truly had no idea, but we have so many people that live in states where it snows a lot and they’re just [more] prepared.”

The Real Housewives of Dallas airs Tuesdays at 9 p.m. ET/PT on Bravo. For more on how you can help Texas residents in need, follow these helpful links, curated by CBS News, below: