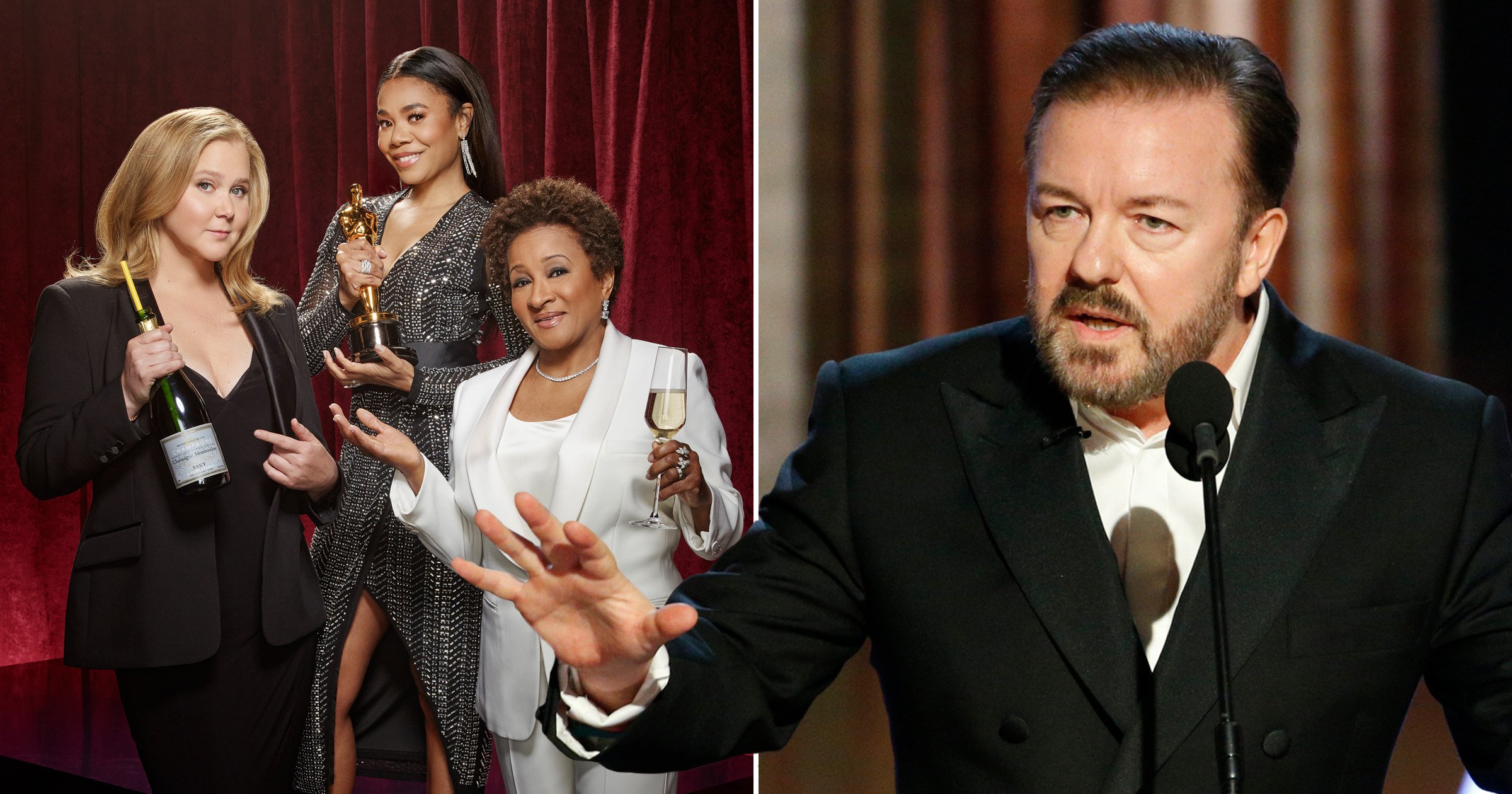 Ricky Gervais has ripped into the gift bags given to nominees at the Oscars, saying he would have referenced them in his opening speech if he had hosted.

The After Life star has hosted the Golden Globes five times but has never hosted the Academy Awards. This year’s ceremony was hosted by Amy Schumer, Wanda Sykes and Regina Hall.

Responding to a fan who said they wished Ricky had hosted, he 60-year-old imagined his opening speech, tweeting: ‘I’d start with “Hello. I hope this show helps cheer up the ordinary people watching at home. If you’re unemployed for example, take some comfort in the fact that even if you had a job, your salary probably wouldn’t be as much as the goody bag all the actors have just been given.”

‘”I’m proud to announce that this is the most diverse and progressive Oscars ever. Looking out I see people from all walks of life. Every demographic under the sun. Except poor people, obviously. F**k them.”‘

The comedian went on to say that he’d ‘be asleep’ during the ceremony – but he must have caught up on the Will Smith and Chris Rock drama, stirring the pot by tweeting a clip of a joke about alopecia from The Office (seemingly referring to Jada Pinkett Smith’s condition).

Oscars bosses reportedly went all out this year for the bags, packing the offerings full of products reportedly worth around $100,000 (£76,000), including actual land and multiple – yes, multiple – hotel stays.

Speaking of this year’s bag, Distinctive Assets founder Lash Fary said in a statement: ‘While this gift bag does, as always, have an impressive value, that is neither our focus nor goal.

‘A great gift has nothing to do with a price tag.