What happens when you combine the powers of The Hulk and Goku?!?

You get a sick leg sleeve tattoo!!!

At least, that’s the case for Robert Griffin III … ’cause TMZ Sports has learned the Baltimore Ravens quarterback just got the heroes inked on his leg — and the artwork is INSANE!!

We’re told Griffin is a HUGE fan of cartoons and comic books … and hit up Nic Westfall recently to immortalize his love for some characters on his left leg.

And, it’s clear the artist didn’t disappoint … check out the piece — Goku and Hulk look real as hell!!! 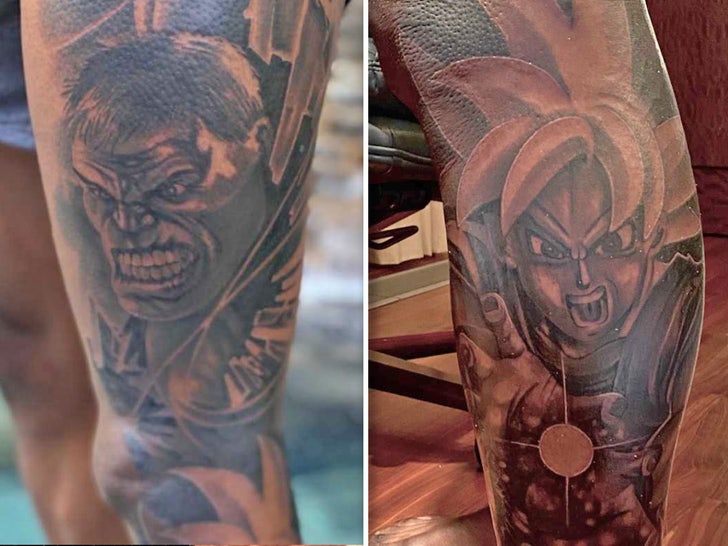 In total, Westfall tells us Griffin sat for 10 HOURS to get the tat done … and says the former Heisman Trophy winner is still planning on adding more to the piece this offseason.

Westfall says RGIII wants some Teenage Mutant Ninja Turtles on the inside part of his leg — and tells us the QB could add some more Dragon Ball Z characters too.

Unclear what the 30-year-old is paying for the artwork … but Westfall says RGIII loved it all so much, he gifted a dope autographed jersey!!! 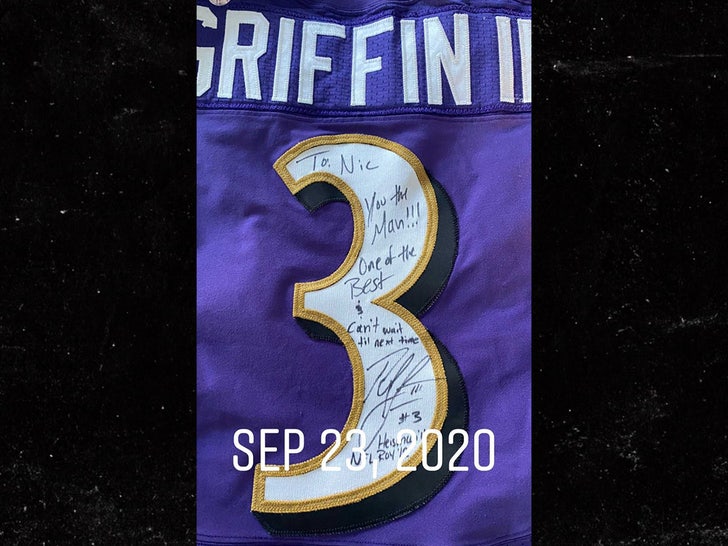