Home » Celebrities » See All the New Celebrity Couples of 2021 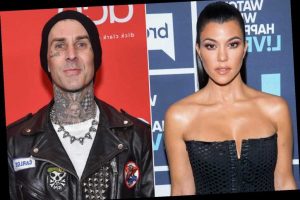 The longtime friends — both parents of 3—recently got serious, even taking a trip to Palm Springs together. “They’ve been dating for about a month or two,” a source told PEOPLE. “They’ve been friends for a long time but it’s turned romantic.” Though the couple had been rumored to be together for months, they didn’t confirm it until early January, with a pair of Instagram posts portraying their romantic holiday celebrations. The recently-split actress and the pop star, who grew close on the set of Don’t Worry Darling (she’s directing, he stars), made their couple debut in a major way: at a close friend’s wedding. The couple kicked things off before the holidays, but didn’t make it “Instagram Official” until early January with a steamy shot from their Hawaiian hotel room balcony. The former Young & the Restless costars were rumored to have been together as early as June 2020, but they didn’t make it Instagram official until New Year’s Eve. After her fair share of heartbreak in 2020, King was excited to share a new romantic development in her life: She was now seeing “friend-turned-boyfriend” Roos.

“For now, we’re just friends. And by ‘friends’ I mean super close besties who also kiss and hug,” the former Bravo star wrote. “Ok, so I don’t mean ‘friends’ at all. Life is funny.”