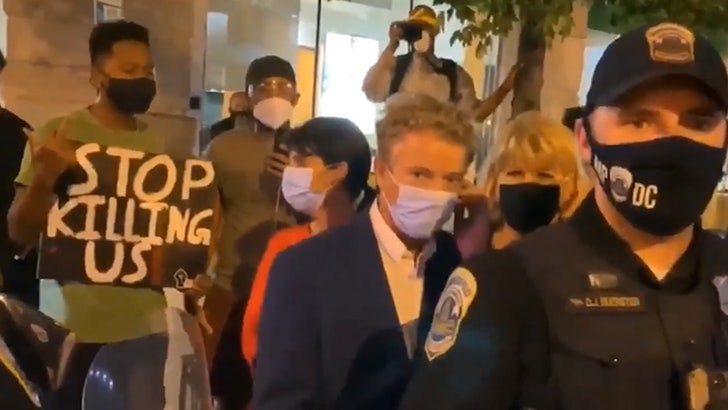 Rand Paul was surrounded by a crowd of protesters shouting at him about the killing of Breonna Taylor … which led to a tense scene as police escorted him away.

The Kentucky Senator and his wife, Kelley, were leaving the Republican National Convention Thursday night in D.C. when they were confronted by the large group … who reminded him there’s still been no justice for Breonna.

Demonstrators were peaceful as they yelled “Say her name” and “Her name is Breonna Taylor” at Paul, but at one point, an officer used his bicycle to ram a protester … and the man retaliated by pushing back.

It was an incredibly tense moment, but it didn’t escalate from there as Paul and his wife left safely — but immediately after the incident, the Senator claimed he was attacked.

He tweeted … “Just got attacked by an angry mob of over 100, one block away from the White House. Thank you to @DCPoliceDept for literally saving our lives from a crazed mob.”

Speaking of attacked … Breonna was shot and killed by Louisville police in her own home back in March. There have still been no arrests.