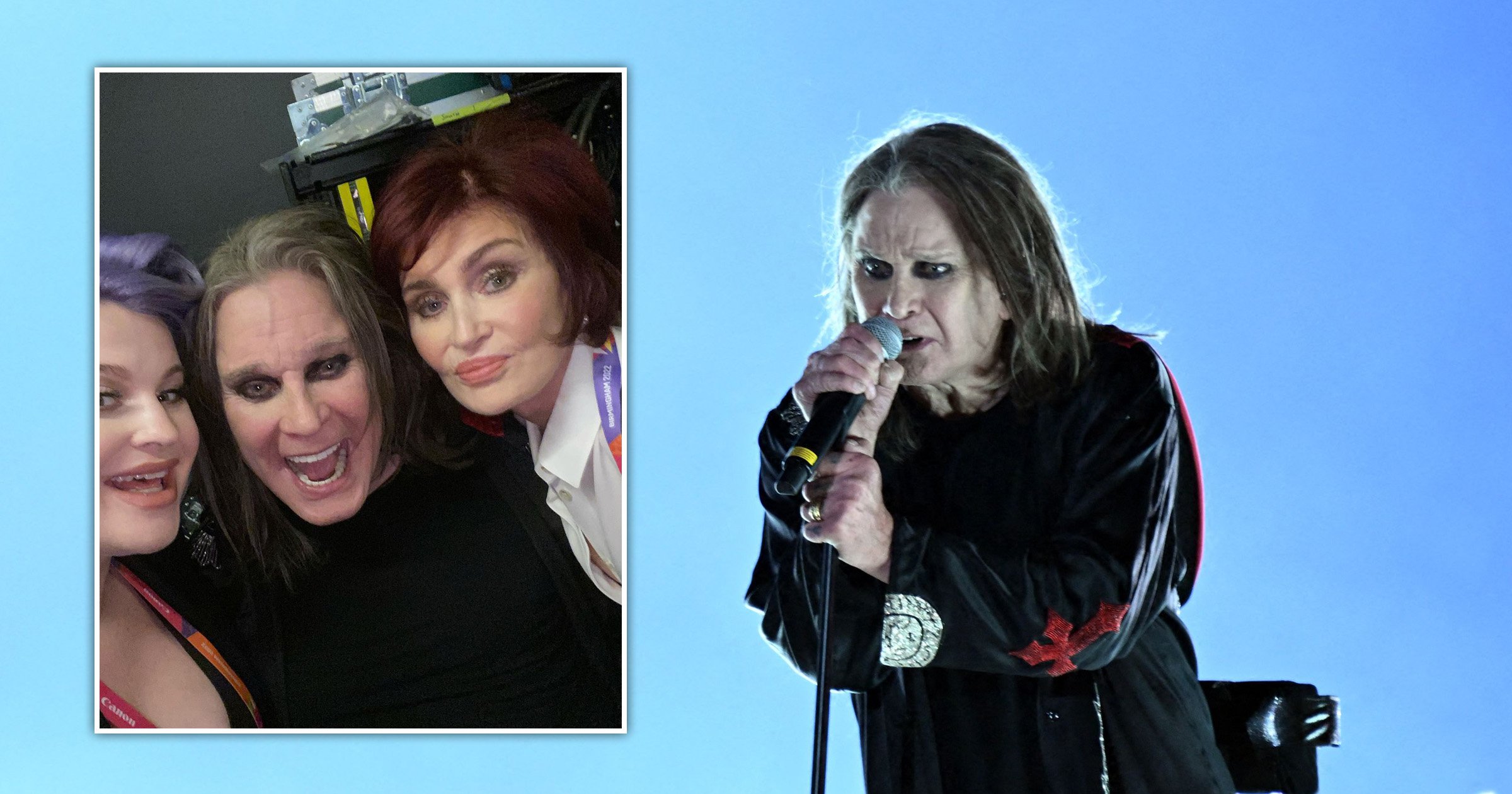 Sharon Osbourne has shared a proud post after her husband, rocker Ozzy Osbourne, stunned audiences at the Commonwealth Games.

The rock legend, 73, made a surprise appearance on stage at the closing ceremony of the Games, which this year was held in his home city of Birmingham.

He was joined by members of his band, Black Sabbath, as he belted out hit song Paranoid before proudly claiming ‘Birmingham forever!’

Ozzy’s appearance at the event, not to mention an incredible performance, was unexpected to say the least, as the singer recently battled a series of health issues.

The star was joined by both his wife Sharon and daughter Kelly, who is expecting her first child with boyfriend Sid Wilson.

Now Sharon has shared some brilliant snaps from the night, showing the family to be in high spirits and with her and Ozzy as in love as ever.

In one sweet picture, she and Ozzy can be seen walking hand-in-hand together backstage, the rocker still in the savage black and red outfit he had performed in and Sharon in a smart white shirt.

A second family photo sees Sharon, Ozzy and daughter Kelly pull faces for the camera as they pose for a selfie.

Sharon, looking as glamorous as ever, pulls a pout, while a heavily eyelinered Ozzy appeared to be in the middle of a whop.

Lilac-haired Kelly, meanwhile, looked as though she was laughing as she posed alongside her famous parents.

Sharing the post to Instagram, former X Factor star Sharon wrote: ‘Thank you #CommonwealthGames2022 it was an honour.’

The family were spotted in London in the days leading up to the closing ceremony, with the Black Sabbath frontman making a rare appearance after undergoing surgery in June.

He said recently that the surgery – which would ‘determine his life’ – was a ‘slow climb back’ to feeling normal.

Presenter Sharon also opened up about her husband’s health, explaining in June that he was due to go under the knife.

Speaking on the Talk, she told guest star Vanessa Feltz that she would be by his side in hospital for the operation, which comes after he continued to battle other medical issues.

‘He has a very major operation on Monday and I have to be there,’ she said at the time.

’It’s really going to determine the rest of his life.’

Ozzy was diagnosed with Parkinson’s disease in 2003, but only revealed he had the condition in January, 2020.

He also suffered a fall at home in 2019, which aggravated injuries from a 2003 quad bike accident.

While he previously admitted it was difficult not to be social as he recovered, as he ‘likes to see people,’ he was also visibly happy as he spoke in the same interview about becoming to grandfather to Kelly’s first child.

He proudly added: ’Kelly is big and she’s beautiful and I love it.’

Sharon and Ozzy recently celebrated their 40th wedding anniversary, and have been together for a whopping 52 years overall.

Marking the milestone anniversary in July, Ozzy shared their wedding photos to Instagram and wrote: ’40 Years Ago Today! Happy Anniversary My Love.’

Sharon, meanwhile, shared a more recent photo of the pair and told followers: ‘2022 is a special year for me. It marks 40 years of marriage to my darling Ozzy.

‘We first met when I was 18, over 52 years we have been friends, lovers, husband & wife, grandparents and soulmates. Always at each other’s side.’