Sophie Turner and Joe Jonas: Are these the Game of Thrones star’s second wedding plans? Sophie Turner, 23, and Joe Jonas, 29, surprised fans when they walked down the aisle of The Little White Chapel in Las Vegas this week to spontaneously tie the knot. However, sources close to the Game of Thrones star and the Jonas Brothers singer have said the couple are planning on celebrating their nuptials again with a bigger ceremony in France. PEOPLE Magazine reports the two decided to get married in Vegas to make their union “legal” in the US ahead of their reported wedding in Europe. An insider told the publication: “They had to get married in the States to make it legal, but the wedding is still in Europe.”

The date for the pair’s second wedding is said to be set for June 29, with the grand occasion being spread across four days.

It has also been claimed the more formal ceremony could potentially take place in Paris.

Another source informed Entertainment Tonight: “Joe and Sophie are a couple that loves to have fun and live in the moment, and that’s exactly what getting hitched in Vegas was.

“The couple does plan to have a more formal wedding with their family and friends, but this ceremony was just fun. Joe and Sophie are planning to get married in Paris later this year.”

Furthermore, according to Cosmopolitan, life coach Mike Bayer posted an image in a now-deleted Instagram story of what appeared to be a wooden wine box, which was engraved with the words “Sophie and Joe 2019 France,” and tagged the couple.

On Wednesday night, Sophie, who is best known for playing Sansa Stark in Game of Thrones, exchanged vows with Joe while an Elvis Presley impersonator officiated the ceremony. 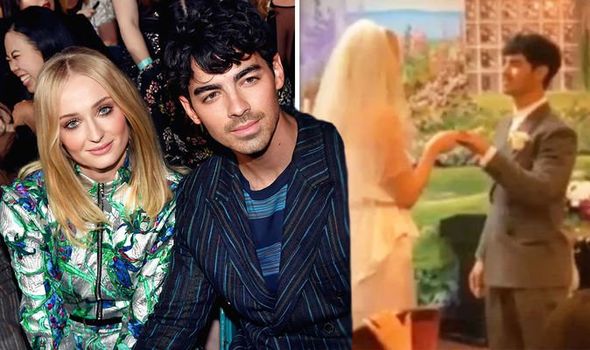 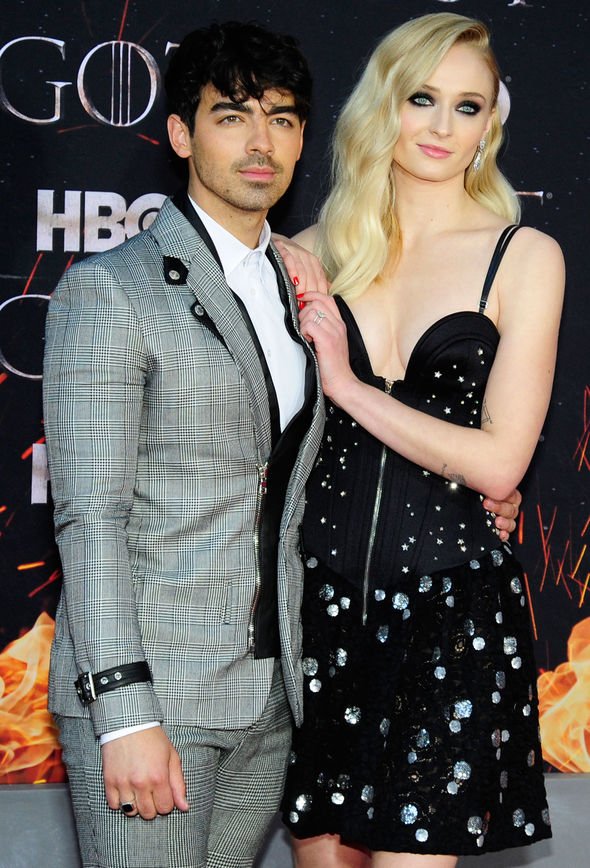 Diplo filmed parts of the ceremony and shared them with his 5.2 million followers in a series of Instagram stories.

In one of the clips filmed by the Close To Me hitmaker, Sophie could be seen walking into the famous wedding venue in a flowing white dress to meet her husband-to-be and his brothers at the altar.

According to the MailOnline, another clip, which Diplo live-streamed via his Instagram, showed Sophie repeating: “I thee wed… and I love you… and I thank God he gave me you.” 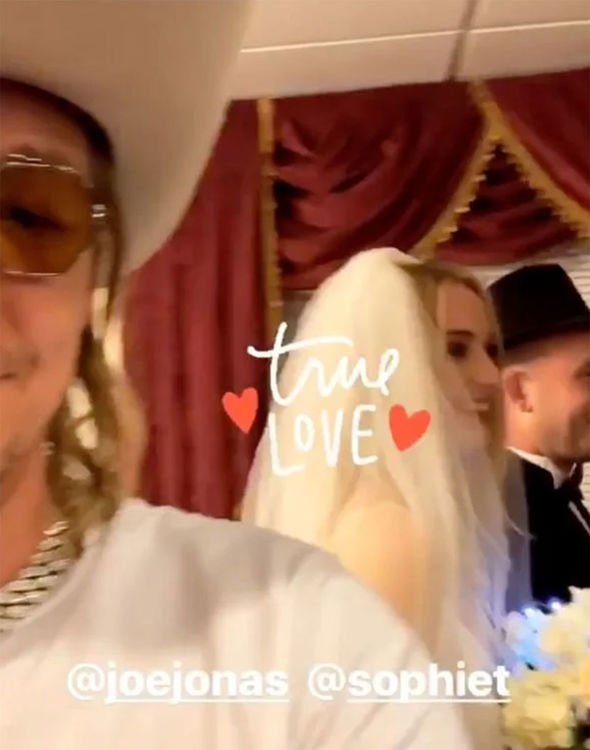 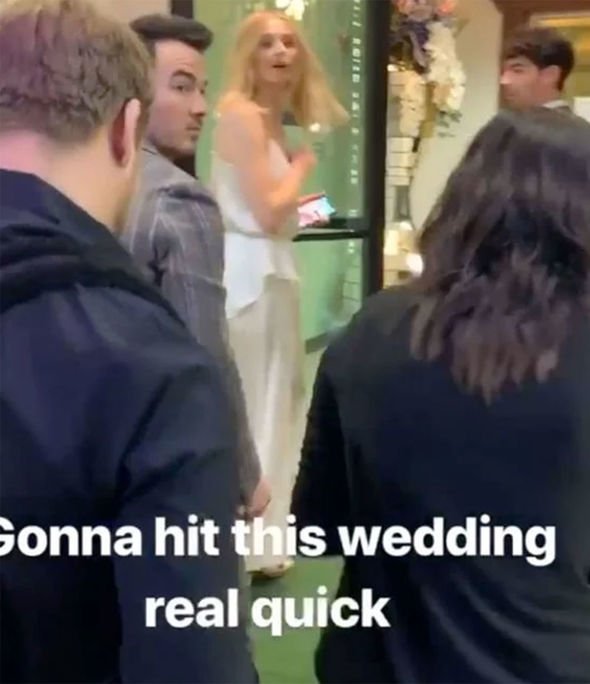 The publication said the couple then repeated in unison: “I promise you, I will never leave you. I will love and trust you all the days of my life.”

The British actress reportedly told her mum she was getting married to Joe moments before their unexpected Las Vegas wedding.

She revealed the news of the ceremony in a breathless transatlantic phone call.

Speaking about the moment to MailOnline, Sophie’s mother, Sally, 62, revealed: “Sophie did call me before. She said, ‘Mum, I’m getting married in Vegas.’

“I am absolutely delighted and so is my husband Andrew.”

Unfortunately, Sally, who lives in Leamington Spa, Warwickshire, has been unable to speak to her daughter since the ceremony.

She added: “The time difference makes it difficult.”

Express.co.uk have approached a representative for Joe and Sophie for comment on the news of their second wedding.