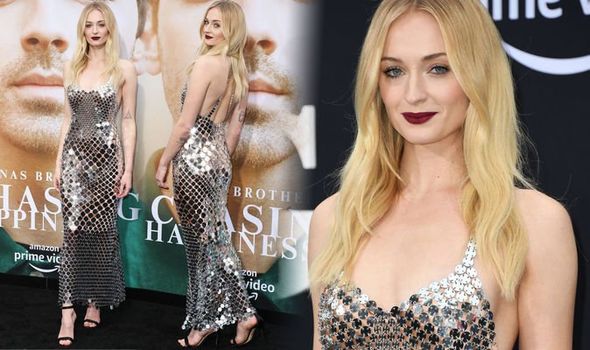 Sophie Turner, 23, looked incredible when she stepped out in Los Angles last night.

The English actress, who is best known for playing Sansa Stark in Game of Thrones, dazzled in a silver chainmail-style dress at an Amazon Prime event.

The newlywed star opted for the risqué number, which featured a plunging neckline and circular silver discs which shimmered in the light, to show her support for her new husband Joe Jonas, 29.

She wore nude-coloured underwear underneath her backless gown which appeared to show her bare skin through the gaps.

The X-Men star joined her Jonas Brothers beau at the world premiere of his band’s behind-the-scenes documentary Chasing Happiness, which will be available to download Amazon Prime.

Wearing her long hair in soft waves, the blonde beauty added a pop of colour to her ensemble with a slick of dark red lipstick and highlighted her pretty eyes with lashings of mascara and fluttery eyelashes.

Sophie finished off her eye-catching look with a pair of strappy sandals and put on a loved-up display with her husband while posing on the red carpet.

The couple were also joined at last night’s premiere by sister-in-law Priyanka Chopra, who is married to Joe’s younger brother Nick.

The 36-year-old movie star put on an extremely leggy display at the California event in a an incredible black satin dress with a a daring split on the right side which went all the way to her thigh. 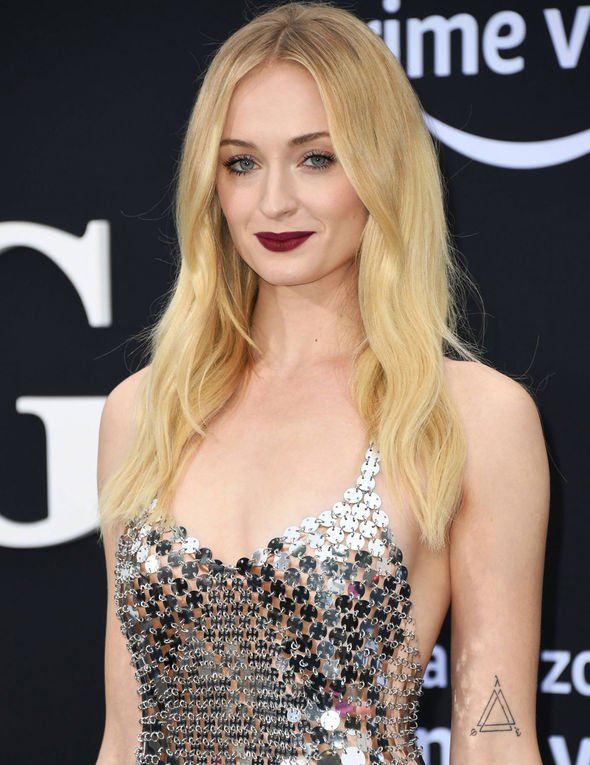 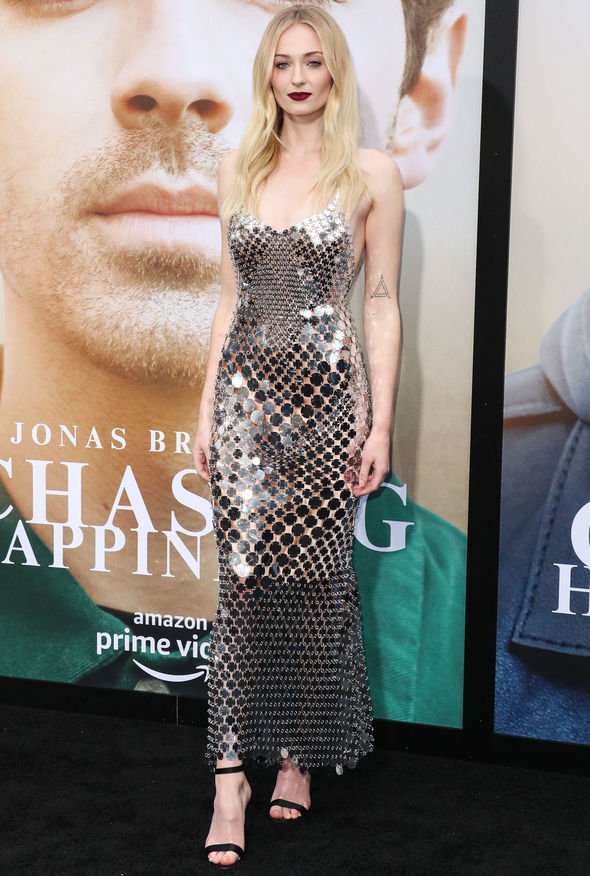 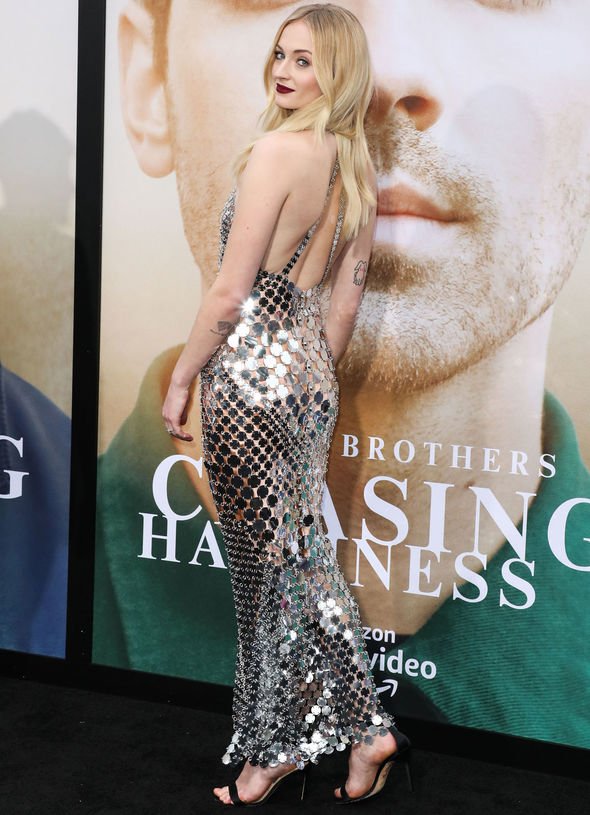 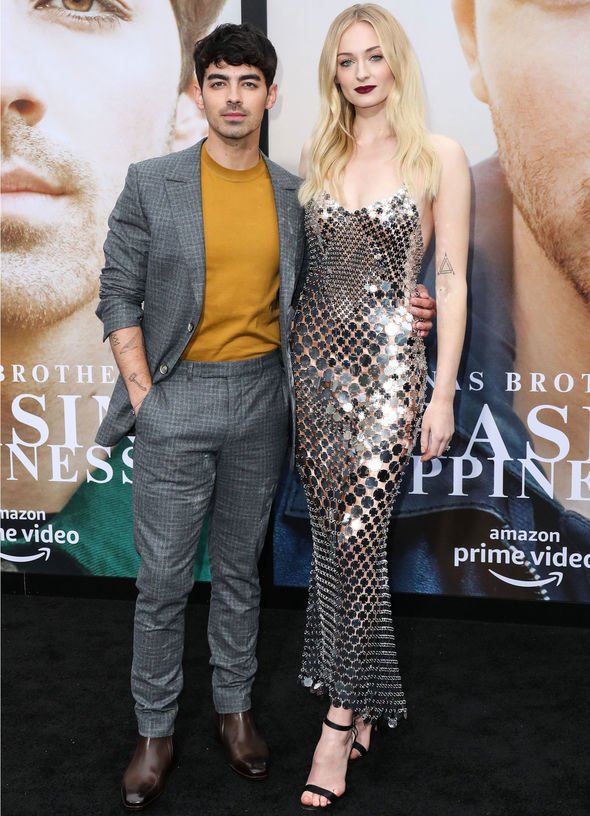 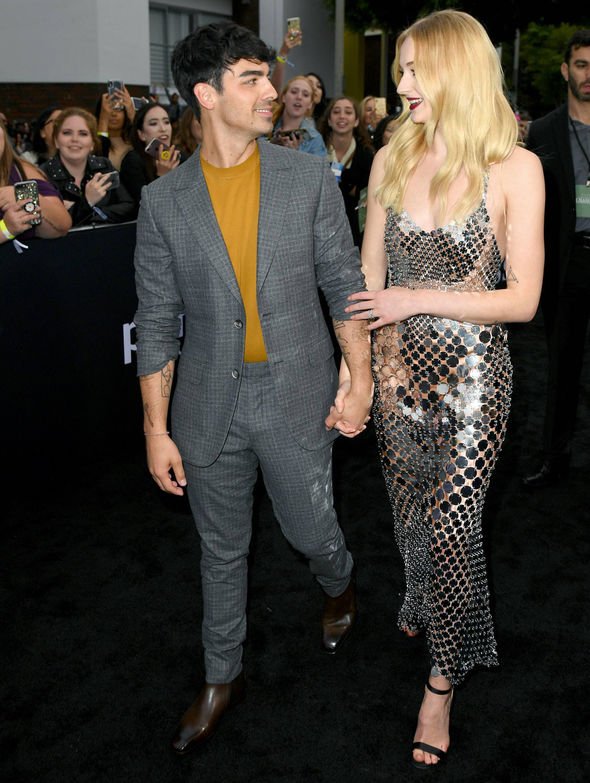 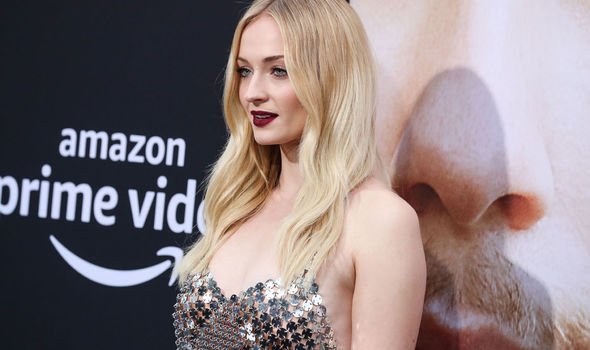 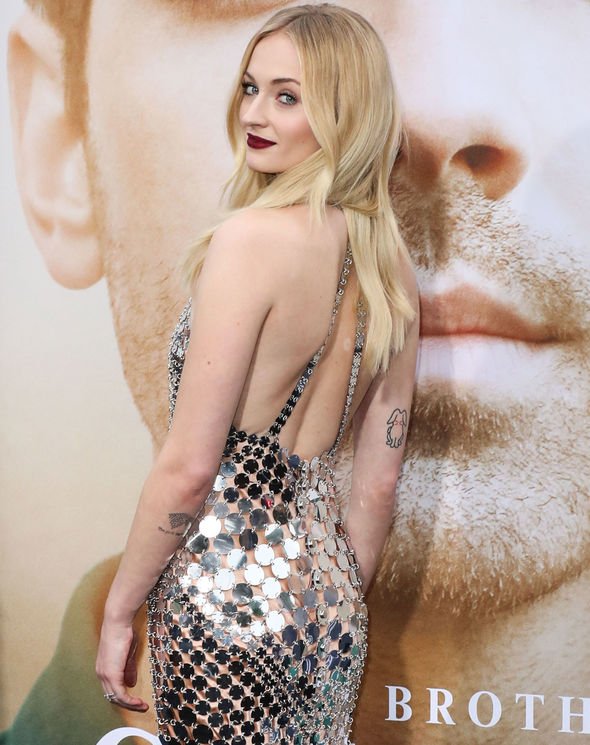