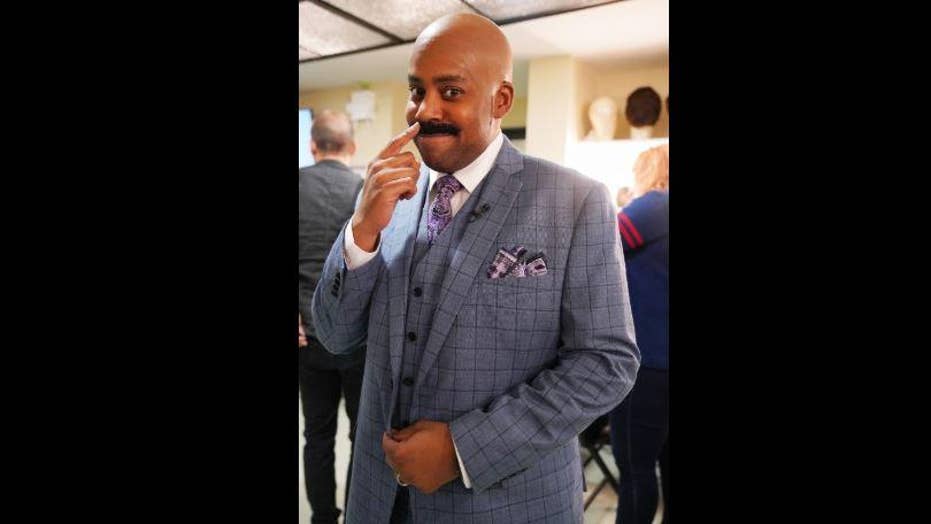 Steve Harvey jokingly warns Kenan Thompson about the SNL star’s impression of him.

NEW YORK – Kenan Thompson is one of the busiest entertainers in Hollywood.

The actor/comedian's new sitcom on NBC called "The Kenan Show" was just picked up for its first season and will premiere "post-fall," the network announced. Thompson has also confirmed he will stay on as a cast member of "Saturday Night Live" and be part of the upcoming unscripted reality competition series "Bring The Funny," also on NBC.

"It's all NBC. It's up to them to schedule it out, work it out," Thompson told Fox News at the People/Entertainment Weekly upfront party in New York City.

As for what fans can expect from the new series, the 41-year-old said, "Good laughs. It also has a lot of heart to it. Andy Garcia is great, we have a good rapport and the girls who are playing my daughters are so talented."

"The show is going to be fun to watch and also be emotional, which isn't that common in other sitcoms." he continued.

One impersonation Thompson is known for doing is longtime TV host and producer Steve Harvey. Thompson and the rest of the "SNL" actually did a short "Family Feud" sketch at the NBCU Upfronts presentation on Monday morning.

Harvey knows about Thompson's impression and jokingly has warned him to watch out.

"I just saw [Steve Harvey] when we were shooting 'Bring The Funny' and he was on the next stage doing 'Family Feud,' so I sat down with him and he was like, 'You better watch yourself,'" Thompson admitted. "I love Steve. I've known him for a super long time."

The "All That" star has been in the business for decades, learning with every experience, and he feels that's the reason why he's been successful.

"Comedy is a craft. It's something that you sharpen over time so the more you educate yourself about topics and references the better [your comedy] will be and the more appealing it'll be to a wider audience," Thompson mused. "Your comedy skills get better over time but you have to work at it."

But don't expect to see him in a Netflix comedy special anytime soon. "I've never had time to build a real comedy stand-up set because I don't have the time, but I respect it," he said. "That's why I've never just put out a special just because I have a name."