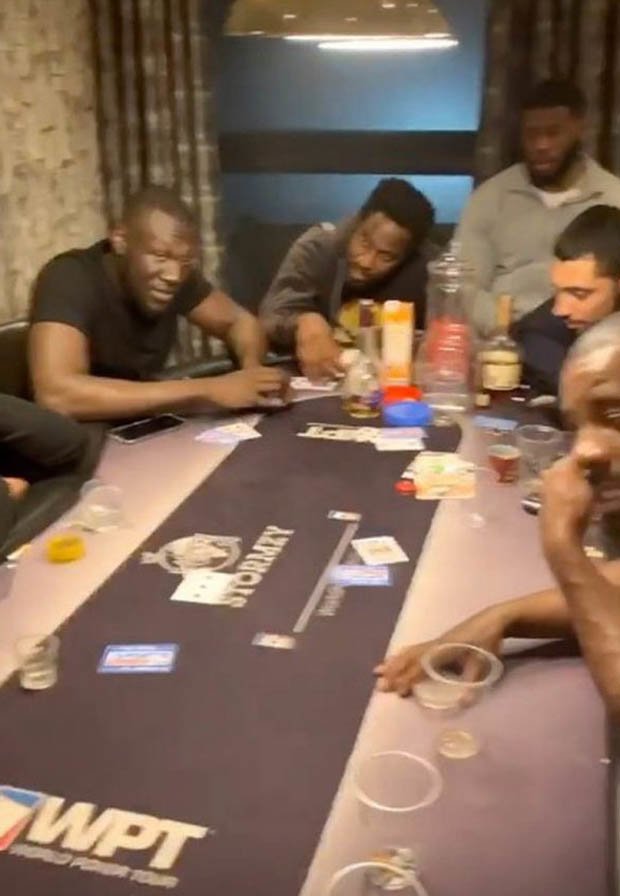 The Glastonbury headliner was filmed taking part in a game of poker with pals by girlfriend Maya Jama in a since-deleted Instagram video.

Stormzy, 25, and his mates were sat around the table, which had an assortment of plastic glasses and drink bottles on top of it, for the evening’s festivities.

Clearly visible on the poker table, which had Stormzy’s name emblazoned on it, was a bag containing a mysterious substance.

The pouch was placed on the far side of the table from the Vossi Bop rapper.

There is no suggestion that anyone there was taking illegal substances.

The video comes a year after Stormzy denied cocaine was spotted at his home.

A statement from his rep in March last year read: “There was 100% no coke or class A drugs present at the house.

“Stormzy does not take, has never taken, and does not associate himself with or in any way promote or condone class A drugs.” 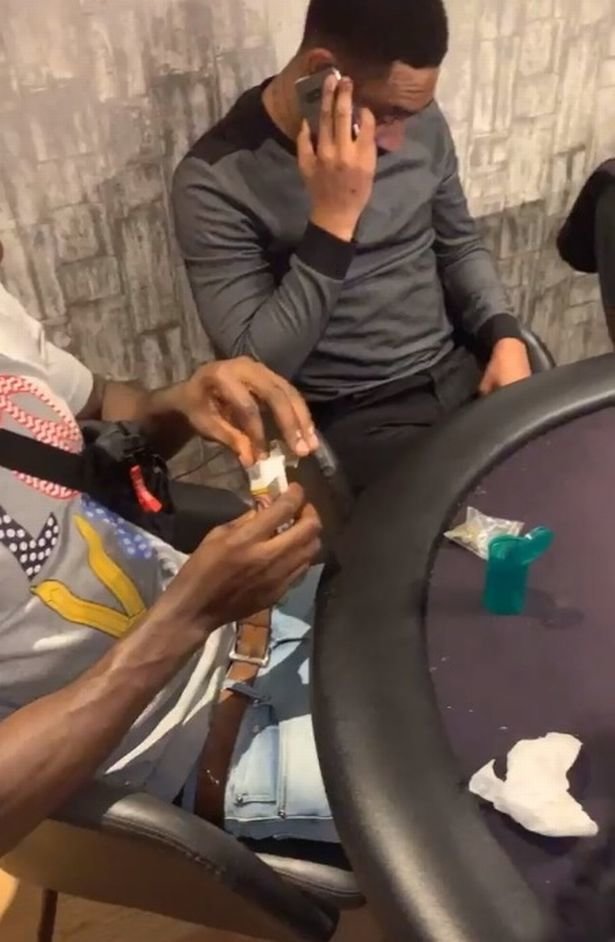 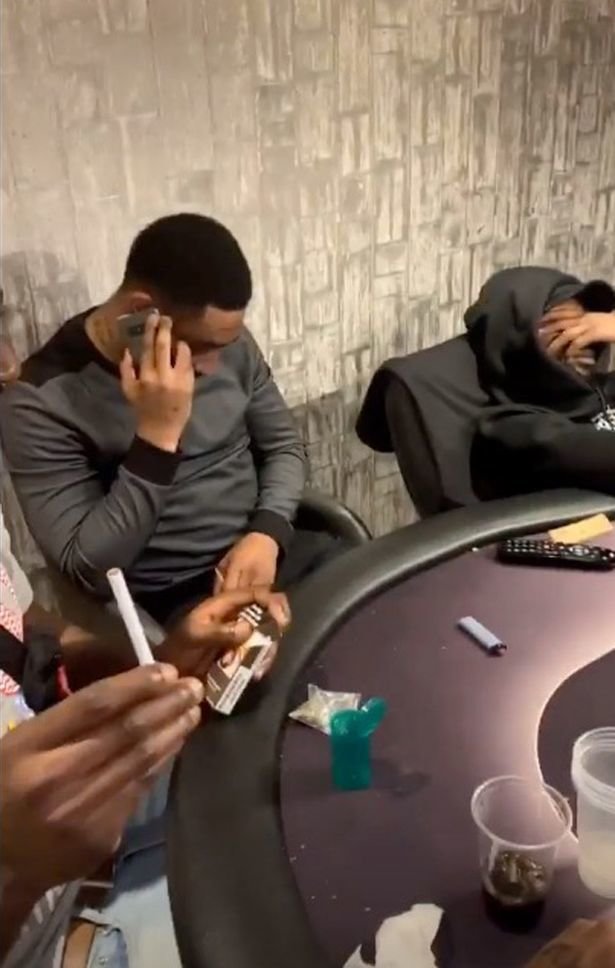 It’s set to be an epic summer for the London-based rapper as he is headlining legendary festival Glastonbury.

Stormzy was the first headliner confirmed in November last year – he will be taking the main stage on Friday June 28. 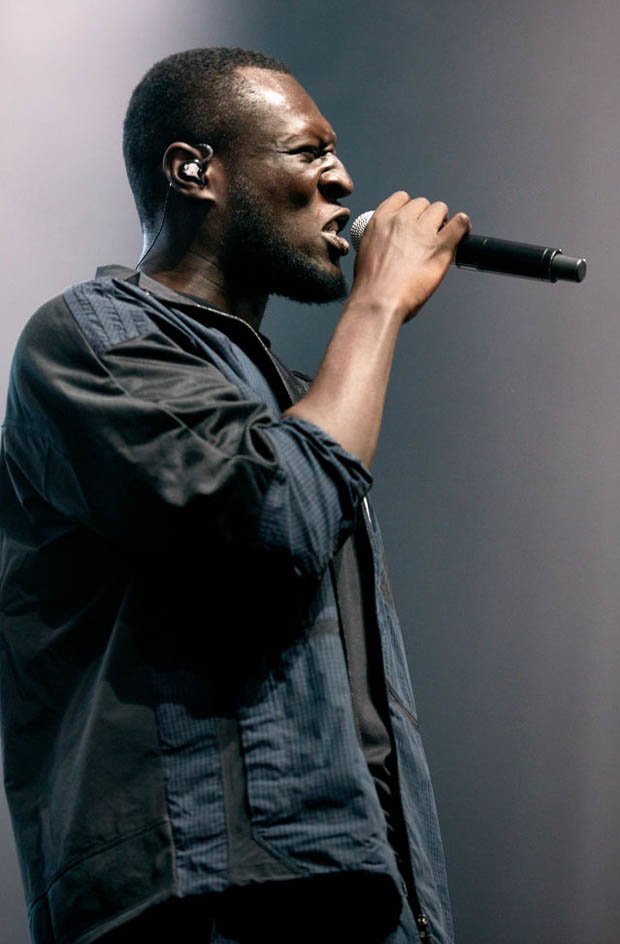 The announcement was made via posters in the windows of Oxfam shops located in Glastonbury town centre and in Streatham, near where Stormzy grew up.

In a statement at the time, Glastonbury co-organiser Emily Eavis said: “He’s one of the most exciting British artists to come along in years and after seeing him play here in 2017 we knew next time he had to come back and headline the Pyramid. See you there Friday night!”