Susanna Reid has opened about first working with Piers Morgan on ITV’s Good Morning Britain, which saw him join in 2015. The former BBC Breakfast host said things were not good at first and the reaction she received online was “deeply upsetting”. The 48-year-old said the vitriol she was getting on Twitter because of things the outspoken journalist, 54, had said really effected her. Revealing how they left her tearful, the broadcaster reflected on how things improved, especially between the stars of the morning programme.

“I couldn’t believe I was getting attacked for what he actually said,” Susanna commented, in a joint interview with Piers for Daily Mail’s Event Magazine.

“People were saying horrific things about me, saying I wasn’t a feminist… I found the whole thing deeply upsetting.”

When asked why she cared by her companion, he stated: “I don’t. I couldn’t give a toss if people don’t like me.”

But she continued: “But I do. That’s why I do this job. Because I actually care what people think.

“He is the most irritating man in the world, but I’m a professional. I can work with anyone, but it was a shock to the system, and I did find it difficult to sit there trying to be neutral in my opinions while Piers spouted forth about whatever he thought, and then I would be attacked for it.”

They went on to reveal how they went for a drink “to discuss things”, a suggestion made by Susanna. 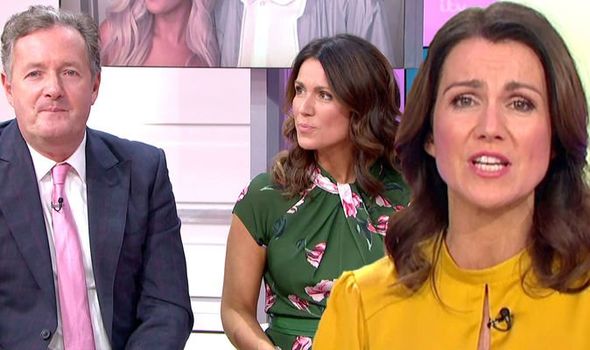 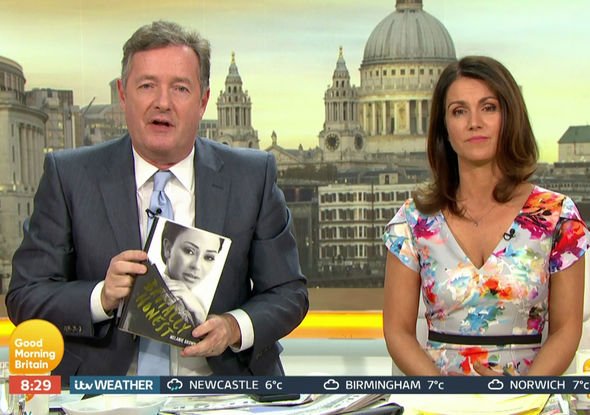 Piers recalled: “Basically we got drunk in The Groucho Club and behaved appallingly. Then we went off to a load of gay bars in Soho and got even more drunk. And everything got sorted out.”

Susanna added: “I’d spent 20 years in broadcast news being very aware of keeping my opinions very neutral, but from that point I decided to put over my point of view.

“… I’m always conscious of how things can come back on me but I don’t hold back. That has been liberating.”

During the candid chat, Piers Morgan quipped of Susanna Reid: “If we were both single we’d be at it like stoats in a sack.”

It comes just weeks after the pair returned to GMB following a summer break, with the father-of-four spending his final time off on a yacht in the south of France. 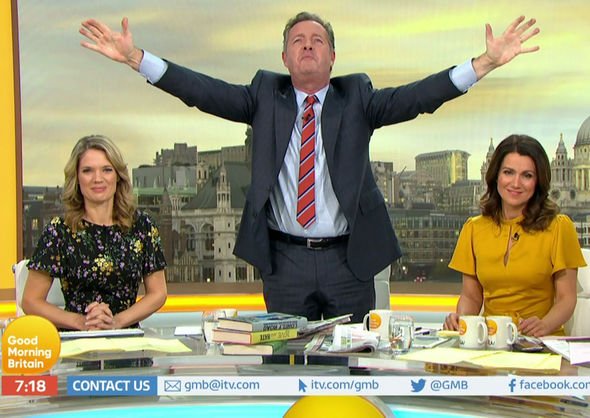 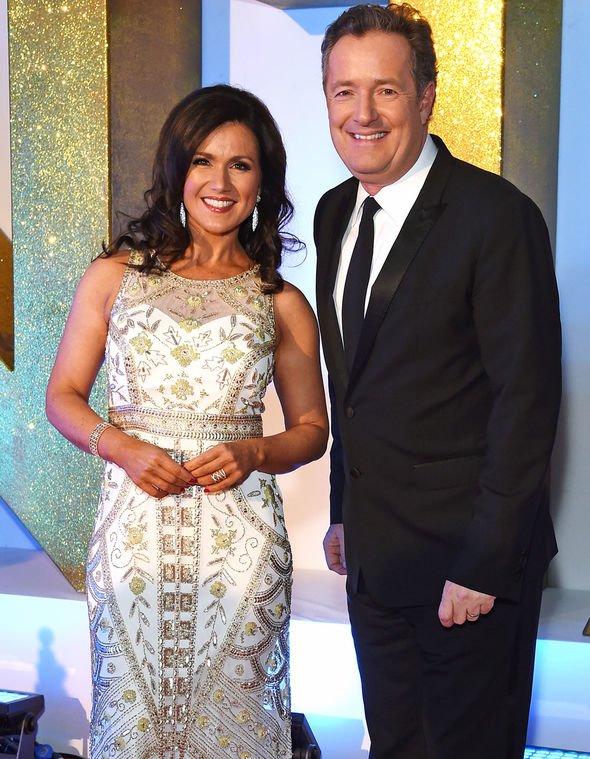 Taking to the TV Choice Award 2019 stage to present Lorraine Kelly with an outstanding contribution gong, he turned to the duo to fume.

He lashed out: “I hate you, you snivelling little b******! Every time we come to these things we get told it’s our time. It’s never our time, it’s always their time.”

Piers and Susanna had walked the red carpet together with the latter opting for a royal blue, strapless gown.