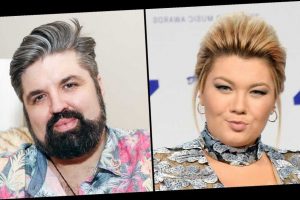 Taking action. Amber Portwood was granted a restraining order against her ex-boyfriend Andrew Glennon over a custody issue, Us Weekly confirms.

Amber Portwood Through the Years

Judge Sheryl Lynch of the Marion Circuit Court in Indianapolis signed off on the order on Monday, January 11, after the Teen Mom OG star, 30, filed a motion against the cinematographer, 36, on December 23, 2020, “to prevent interference with parenting time,” according to online court records.

Portwood claimed in court documents obtained by The Sun that she was supposed to have custody of the former couple’s 2-year-old son, James, from noon to 9 p.m. on Christmas Day and again later that week. However, Glennon allegedly informed her through OurFamilyWizard, an app that allows coparents to communicate their schedules, that he would be traveling with James from December 22 to December 27.

A Timeline of ‘Teen Mom’ Mugshots

The MTV personality requested in her filing that Glennon pay her attorney fees and be “held in contempt of court” for failing to follow their court-ordered custody schedule, according to the website. She also asked that the time she lost with James over the holidays be “made up” in the future.

The pair dated from July 2017 to July 2019 and have had joint legal custody of their son since their split. The California native has primary physical custody of James, while Portwood typically sees him at least three times a week in addition to previously agreed-upon holidays.

The 16 and Pregnant alum and Glennon separated after she was arrested in July 2019 for domestic battery. An Indiana police spokesperson told Us at the time that the duo “were having a disagreement” when Portwood hit her then-boyfriend “while he was holding” James. She reached a plea deal in the case that October and was ordered to serve probation in lieu of jail time.

“I’m remorseful for what I did,” the reality star said in an April 2020 episode of Teen Mom OG as the drama played out. “I don’t want to be that person and I never did.”

Us Weekly has reached out to Portwood and Glennon for comment.