Kelly Clarkson is proving she’s “Miss Independent” with new court documents revealing her staggering earnings from “The Voice.” The Grammy-winner, who’s been a coach on the NBC show for seven seasons, has been ordered to pay a staggering amount of alimony to her estranged husband, Brandon Blackstock. According to papers obtained by The Blast, Clarkson has been cutting the check for Blackstock since April 1.

Meanwhile, Blackstock has taken up a new career amid their ongoing divorce, now working as a full-time rancher. Previously, the 44-year-old worked for his father’s talent management company Starstruck, representing clients such as Blake Shelton, per Us Weekly. Filings say Blackstock “made a very deliberate choice to change his life and become a rancher full-time” by sponsoring rodeos and working at their property in Montana. Clarkson originally asked for permission to sell the sprawling country estate, but the court denied it, per The Sun.

Ranch drama aside, how much will Clarkson pay Blackstock monthly? We reveal the arguably high amount below. 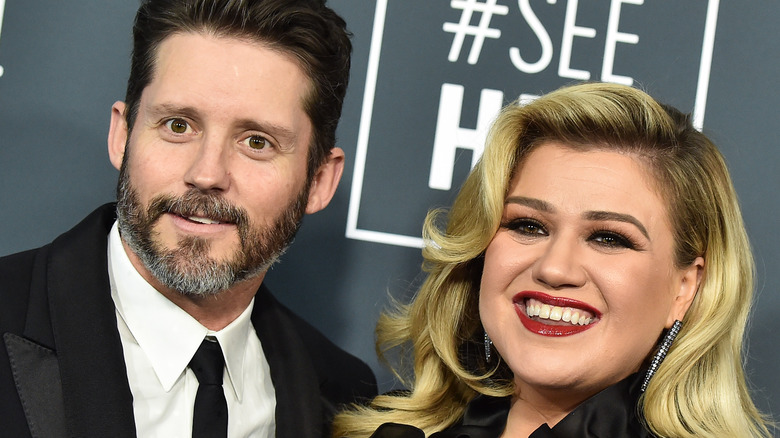 When Kelly Clarkson told Khloe Kardashian she was finding her divorce “tough,” per Us Weekly, we didn’t expect her to literally pay the price for it. But first, let’s recap the drama. Clarkson filed for divorce from Brandon Blackstock in June 2020, citing “irreconcilable differences” following almost seven years of marriage. Blackstock, who has two teenage children from a previous marriage, also shares two young children with Clarkson. “It’s just a difficult thing because we’re in different places, and it’s like, we both agree on the main things, but it’s a hard thing when you’re not together all the time, for me personally,” she said on the “Kelly Clarkson Show” back in February.

So now that we’re familiar with how much the divorce cost Clarkson emotions-wise, let’s look at the financial cost. The star must pay Blackstone $150,000 per month in spousal support and an extra $45,601 for child support, totaling almost $200,000, according to The Blast. She’s also expected to foot the bill for Blackstone’s $1.25 million attorney fees. Wow!

But it’s safe to say Clarkson will be OK no matter what. Court documents reveal her enormous “The Voice” salary clocks in at $1,583,617 a month. Not too bad! And although Clarkson — who’s reportedly worth $50 million — wasn’t allowed to sell her and Blackstone’s Montana mansion, documents note he will be “responsible” for the property’s finances. Also, The Blast noted that the support is “temporary” and could change amid the divorce battle.