Ana Navarro is mourning the death of her mother after weeks of illness that she opened up about on The View. The ABC talk show’s panelists sent their condolences during the live show after learning the sad news regarding Navarro’s mom.

Joy Behar took the top of the hour-long show to inform viewers that Navarro’s mother had died. The comedian also told fans that Navarro would be appearing on Friday’s (Dec. 17) episode because it was pre-taped earlier in the week.

“We’re very sorry to hear about Ana’s mother. She’s been ill in Nicaragua for a while,” Behar said.

After reading Navarro’s message on social media, Sunny Hostin also sent her condolences to her colleague.

“Ana will not be going to Nicaragua at her parents’ request because of the political unrest there and how the government feels about the media,” Hostin added. “Her father has asked her not to go to Nicaragua and that’s why she wasn’t able to be with her mother when her mother passed.”

Hostin continued, “It’s been very, very difficult for Ana. Her mother has been ill for some time. She’s been on our show and she’s been cheerful and doing what she does best, which is giving political commentary, and being such an asset to the show.”

The former prosecutor also said that when her husband’s parents died, Navarro was there for both of them.

“Manny and I both extend our condolences to her,” she continued. “I reached out to her earlier today because she’s really been struggling with this and I’m sure that our viewers love her just as much as we do.” 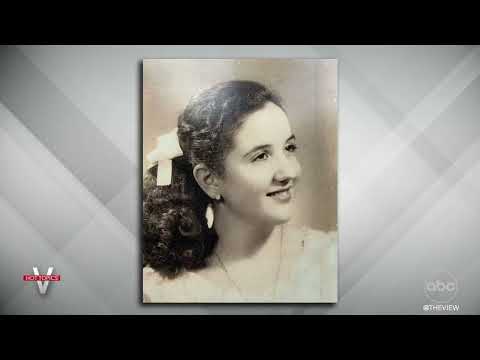