Celebs shut down fake news stories about them on the reg’, but we never expected Tom Hanks would have to!!

Typically, the legendary actor uses his Instagram account to share images of his wife Rita Wilson, lone gloves in front of store windows, and other pure photos all signed off with “Hanx.”

But one thing he does NOT endorse is CBD products (not publicly, at least). Unfortunately for Hanx, he has been subject to advertisements using his photo and a fake quote for MONTHS!

On Tuesday, the 63-year-old captioned the fake ad:

“This is false and an intentional hoax. I’ve never said this and would never make such an endorsement. Come on, man! Hanx!”

The promo in question reads:

“The advances Doctor Oz has made in the CBD industry are remarkable. I wouldn’t believe it if I hadn’t had the chance to try it out for myself. After using CANNAPRO CBD for two weeks I was already feeling like a new me.”

See the fraudulent advertisement for yourself HERE.

The TV host chimed in via Twitter, also shutting down the CBD plug:

“Could not agree more with @tomhanks. This is a fake and misleading advertisement intended to take advantage of consumers using false claims and our likenesses illegally. I am not involved with any cannabis companies.”

But this isn’t the first time the Forrest Gump star has had to shut down another ad! Back in July, he posted a very similar photo on his Insta account which read:

“The advances Tony has made in the CBD industry are remarkable. I wouldn’t believe it if I hadn’t had the chance to try it out for myself. After using Cali Naturals for two weeks I was already feeling like a new me.”

He accompanied the pic with the caption:

This should serve as a lesson to all to always do your due diligence when researching your products. Especially sketchy CBD ones which use fake celeb endorsements!!

Back in November, Ellen DeGeneres and Sandra Bullock teamed up for a joint lawsuit against 100 anonymous defendants for using their likeness and names for unauthorized backing. Specifically, the suit is targeted at websites using their appearances to increase sales for anti-aging serums, weight-loss products, and more. Maybe Tom and Mehmet should get in on that, too!!

Stay safe out there, Perezcious readers!! 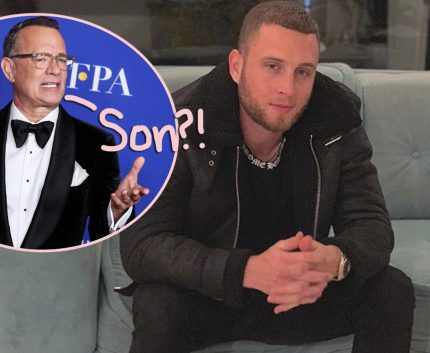 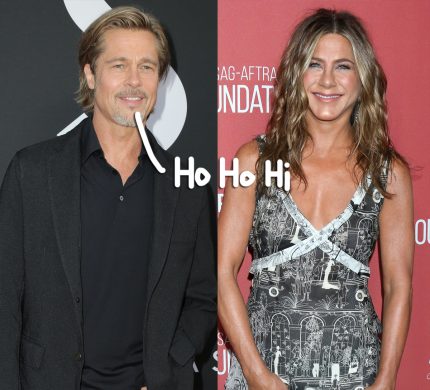 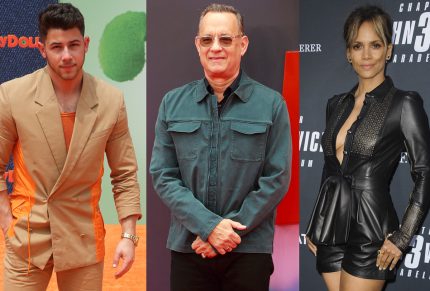