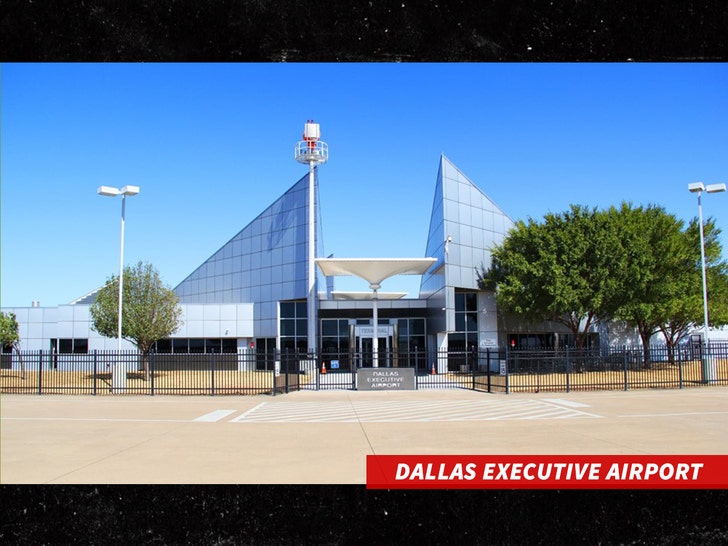 7:56 AM PT — 11/13 — The Dallas County Medical Examiner has confirmed that all 6 crew members died in the mid-air plane collision.

1:32 PM PT — Air Force officials tell TMZ … there were 6 people total affected by the crash, although their status remains unclear at this point. 5 crew members were on the B-17, and one was on P-63.

An apparent tragedy is unfolding in Dallas, where two planes collided while in the air and then hit the earth in a fiery crash … this amid a performance for Veterans Day weekend.

The horrific incident unfolded Saturday around 11:30 AM PT outside of the Dallas Executive Airport, where a WWII-themed airshow was being put on for the public … Wings Over Dallas. It looks they were flying aircraft from back then … single-engine bombers and the like.

The FAA says the planes in question were a Boeing B-17 Flying Fortress and a Bell P-63. As the B-17 (the larger aircraft) is heading toward the airport, the smaller P-63 seems to come out of nowhere and clips the back of it … which sends both of them plummeting.

Tons of people were filming this moment, BTW, and you can hear their utter shock when the two planes collide and start going down. They’re even more freaked out when they each hit the ground and fireballs explode in the air. Almost immediately, you can also hear sirens.

There are several angles all over the internet — it looks like the larger plane was split in half on impact. This was happening relatively close to a crowd of people too … who were watching from the outskirts of the airport. A man came on the intercom and tried keeping everyone calm, telling them to remain in place and refrain from too much cell phone activity.

It’s unclear for now how many people were onboard each plane, or what sort of injuries were sustained. We know first responders are on the scene, and the area’s been roped off.

We’re reaching out to officials in Dallas to get an update on the status of things. An investigation by the FAA and the National Transportation Safety Board is underway.