Tyra Banks became the first black model to land on the solo cover of Sports Illustrated 22 years ago.

Proving age is just a number, the 45-year-old has made a mammoth comeback in one of the most explosive cover shoots.

Posing up a storm for the swimsuit issue released on Wednesday, the supermodel shared one of the covers with Instagram star Camille Kostek and US football player Alex Morgan.

Coming out of modelling retirement for the special shoot, the brunette ramped up the sex appeal for her beach-styled shoot.

Championing the micro-bikini trend, Tyra didn’t leave much to the imagination in her skimpy yellow two-piece.

Turning seductress, the bombshell playfully tugged at her cascade of curls as she flashed a sultry stare at the camera.

Looking as glam as ever, Ms Banks drew attention to her eyes with a splash of eyeliner and mascara.

Adding extra allure, she painted her sexy pout in a light pink shade of lipstick. 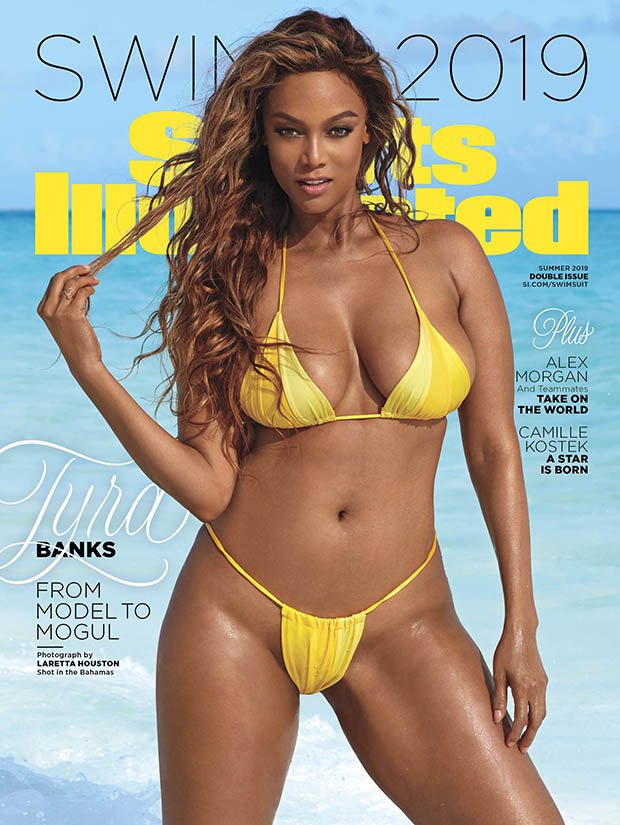 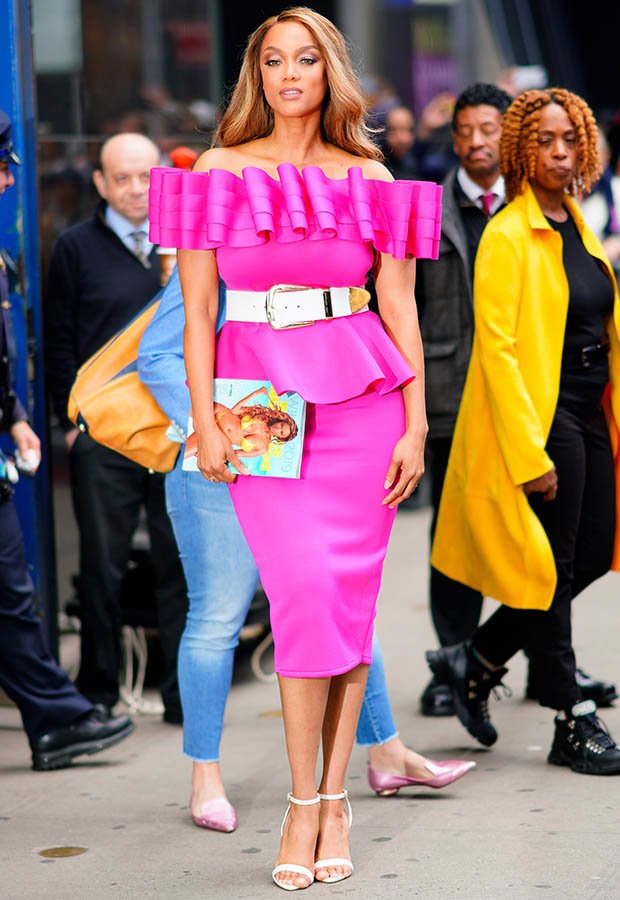 Speaking about the cover release on Good Morning America, Tyra said: “My first cover was 22 years ago, how crazy is that?

Talking about her original cover from 1997 when she stripped down to a red and pink polka dot bikini, Tyra shared that she was now 25 pounds heavier.

“We couldn’t find the exact ones on the archives. I recreated [the shoot] 25 pounds heavier”, she added. 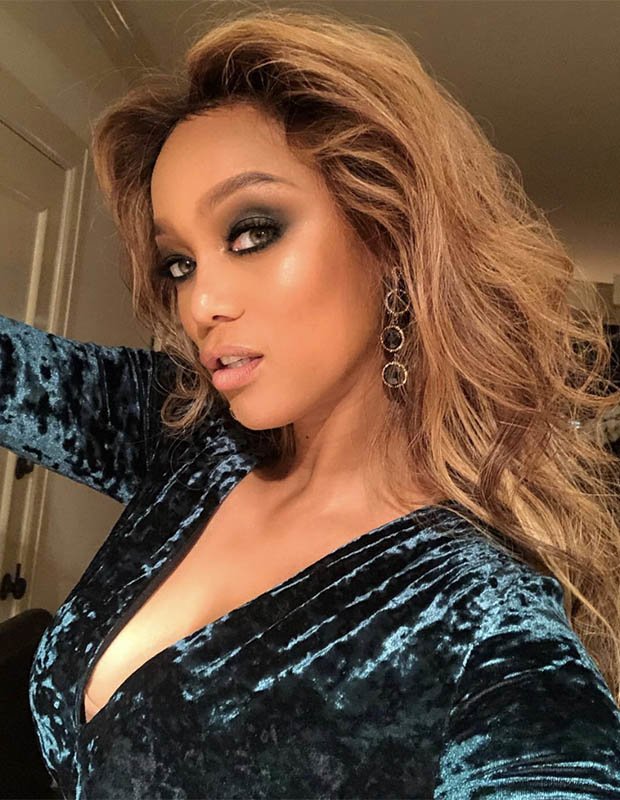 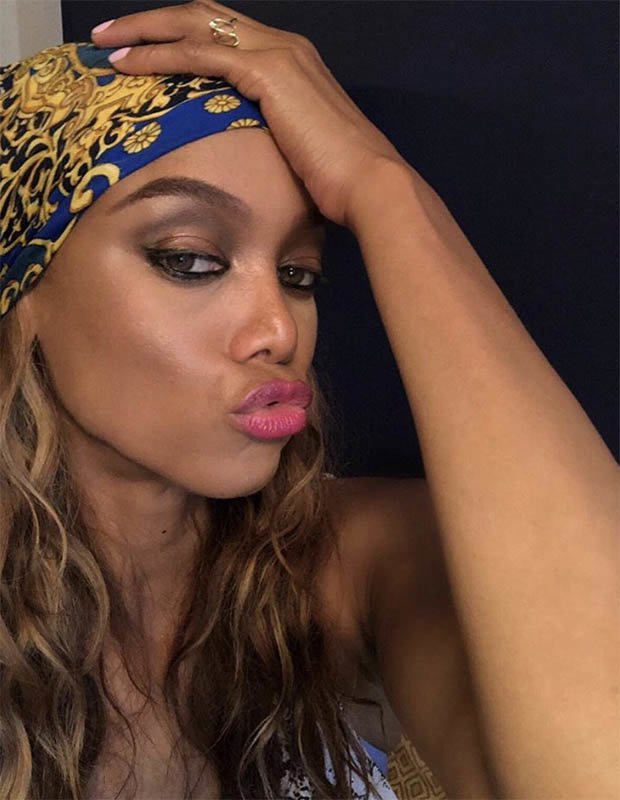 Tyra officially retired from the industry 14 years ago, but when she was offered the latest shoot the star jumped at the chance.

Inspiring body positivity with the sizzling shoot, she told Sports Illustrated: “There is this stereotype that only a 20-year-old woman in a bikini is hot.

“Like once we reach a certain age, we are no longer desirable. But I want to show that modelling has no age.”

“I am coming out of retirement to practice what I preach.”