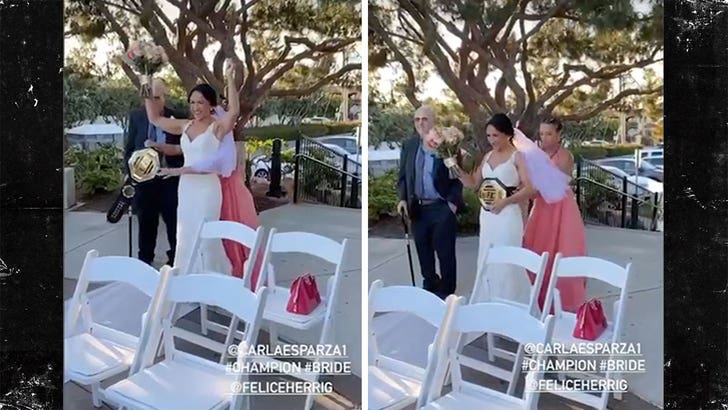 UFC fighter Carla Esparza was rockin’ more than just a ring at her wedding ceremony over the weekend — she threw on her new championship belt as she walked down the aisle!!

Carla — AKA the “Cookie Monster” — won the title at UFC 274 last week … when she defeated 29-year-old Rose Namajunas via split decision. 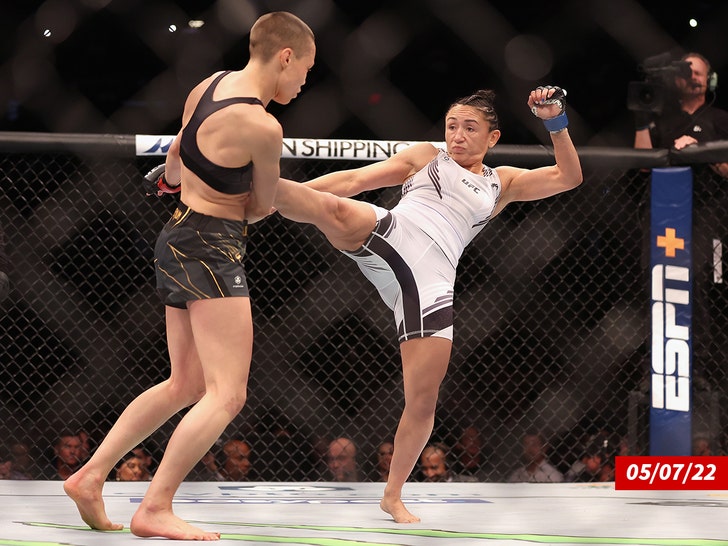 The 34-year-old improved her career record to 20-6-0 with the dub — and the timing couldn’t have been better … as her wedding day was approaching.

Esparza wore a beautiful white dress for the ceremony — in addition to the shiny new title — and was all smiles as those in attendance cheered for her special moment.

In video from the ceremony, you can see fellow fighter Felice Herrig place the title around Carla’s waist as she prepares to walk down the aisle … with the crowd cheering for the champ.

Carla said that fans gave her the idea to wear the belt if she was victorious against Rose … and she did just that!! 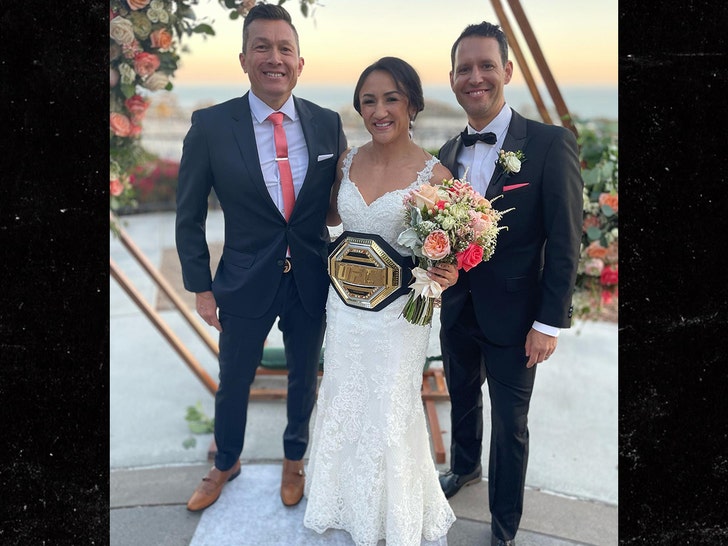 All in all … it was a joyous day for the 2-time strawweight champion — she got married to her husband, Matt, in front of her manager Brian Butler-Au, who officiated the ceremony.