What We Know About Kaitlyn Bristowe And Jason Tarticks Upcoming Wedding

Kaitlyn Bristowe and Jason Tartick have only been engaged since May, but it looks like their wedding plans are already in full swing! Kaitlyn was clearly over the moon when she shared engagement photos on Instagram and wrote, “Don’t pinch me.” Jason shared a similar sentiment, adding, “Choosing your forever is the most important decision in the world, @kaitlynbristowe you made that decision so easy! Love you to death and forever.”

Kaitlyn and Jason have “The Bachelor” franchise in common, which actually brought them together. Kaitlyn hosts Season 17 of “The Bachelorette” (via USA Today) and originally competed on Season 12 of “The Bachelor.” She was previously engaged to Shawn Booth, who asked for her hand on Season 11 of “The Bachelorette,” per CNN. They called it quits in November 2018, but Kaitlyn met Jason in October 2018 when he appeared on an episode of her “Off the Vine” podcast. They made their romance official in January 2019 and have been in love ever since.

So what did Kaitlyn have to say about walking down the aisle? Keep reading for more details. 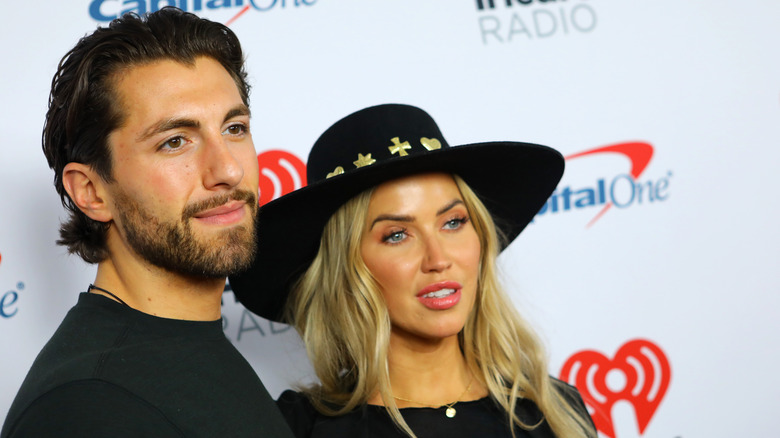 Kaitlyn Bristowe is more than ready to marry Jason Tartick — she already set a wedding date! “Our wedding plans are good,” she told Us Weekly in early August 2021. “We have created a guest list. We have created a website. We have a date set. So, we’re [doing] all the right things.” The couple currently calls Nashville home, but deciding on a location for the big day looks like a challenge. “It’s hard because our families are so on opposite ends, you know?” she said. “[My family is] in Canada on the west coast. His family is east coast [in Buffalo, New York]. So, we were thinking Nashville is probably a fun area to go.”

As for starting a family of their own, it seems like it can’t come soon enough. “I’ve had baby fever for, like, 10 years,” she gushed. “Jason and I already [said], like, ‘We’re making one as soon as we get married.'” It’s no secret these two are crazy in love!

about, Bri, Kaitlyn, Know, We, What
World News