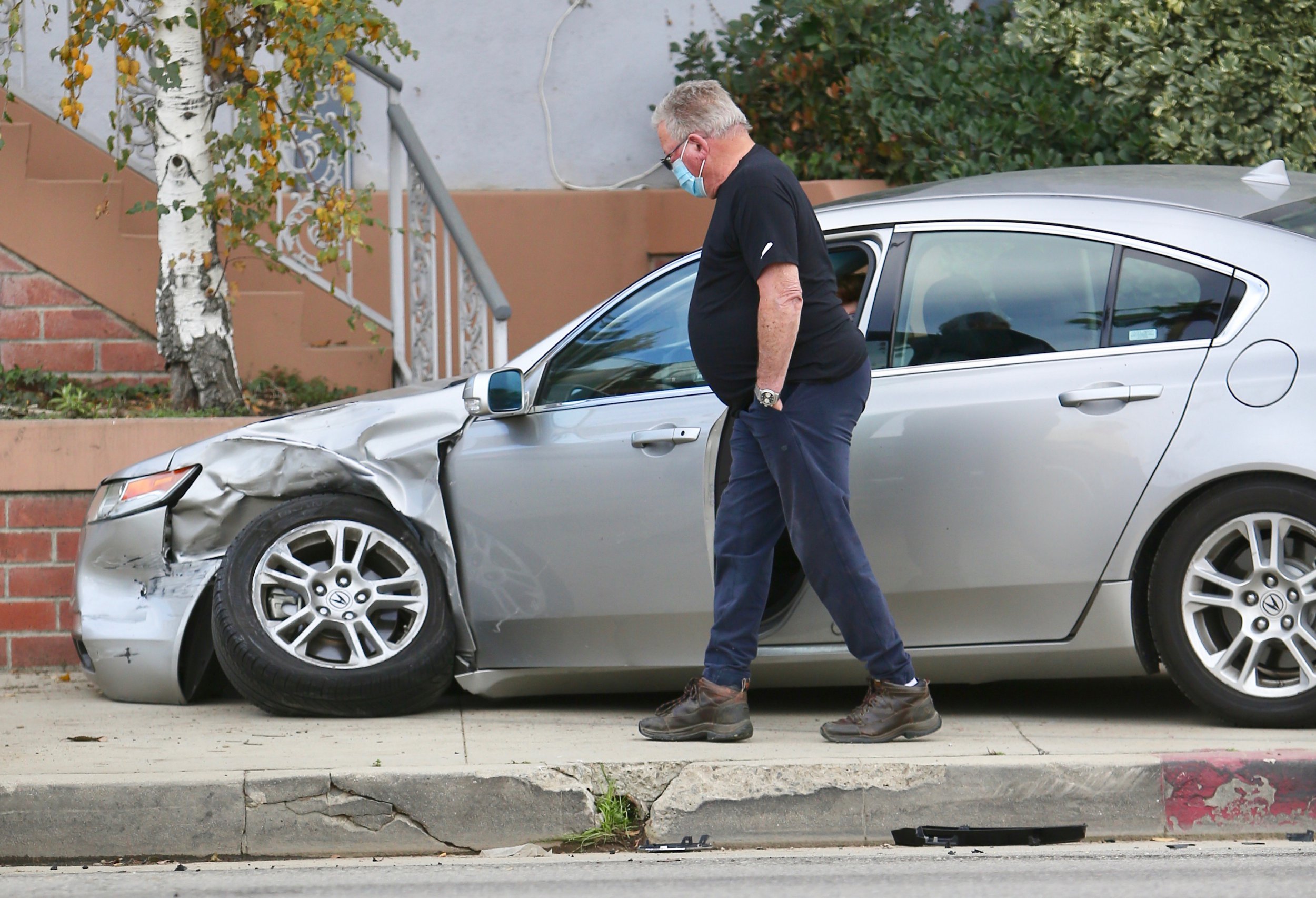 William Shatner was involved in a car crash in Los Angeles on Tuesday, with the Star Trek legend thought to be unharmed.

The 90-year-old, who recently took part in a brief trip to space, was involved in a two-car collision in the Studio City area of LA, according to MailOnline.

He was seen immediately after the incident, wearing a mask as he made a phone call and waited outside one of the cars.

The front of one of the vehicles involved in the collision had crumpled, a silver Acura, with officers from Los Angeles Police Department later arriving at the scene.

A black Mercedes SUV was also involved in the crash, with its bumper mangled following the incident.

The actor was joined by a female companion, who was seen alongside Shatner as he made calls.

The James T Kirk actor recently made history as the oldest person to fly to space, when he launched in Jeff Bezos’ Blue Origin.

Shatner became emotional after landing back on solid earth, with the star saying: ‘Everyone in the world needs to do this.

‘It was so moving to me. This experience has been unbelievable.

‘In a way it’s indescribable,’ he revealed, stating that it was ‘the most profound experience I can imagine’.

‘I am so filled with emotion about what just happened, it’s extraordinary. Extraordinary. I hope I never recover from this. I hope I can maintain what I feel now. I don’t want to lose it. It’s so much larger than me.

‘It has to do with the enormity and the quickness and the suddenness of life and death.’

William is best known for playing the indomitable Captain Kirk in the Star Trek franchise, and appeared in the original TV series in the 1960s as well as the hugely popular film series.

Metro.co.uk has contacted reps for William Shatner and the LAPD for comment.