Alcohol to gambling – women have turned to harmful vices during lockdown

THE tell-tale sound of smashing glass echoed down her street and Tara Boyle felt shame wash over her.

It was a Monday morning in April 2020, and the evidence of another hard week of her lockdown drinking was being removed by the bin men. 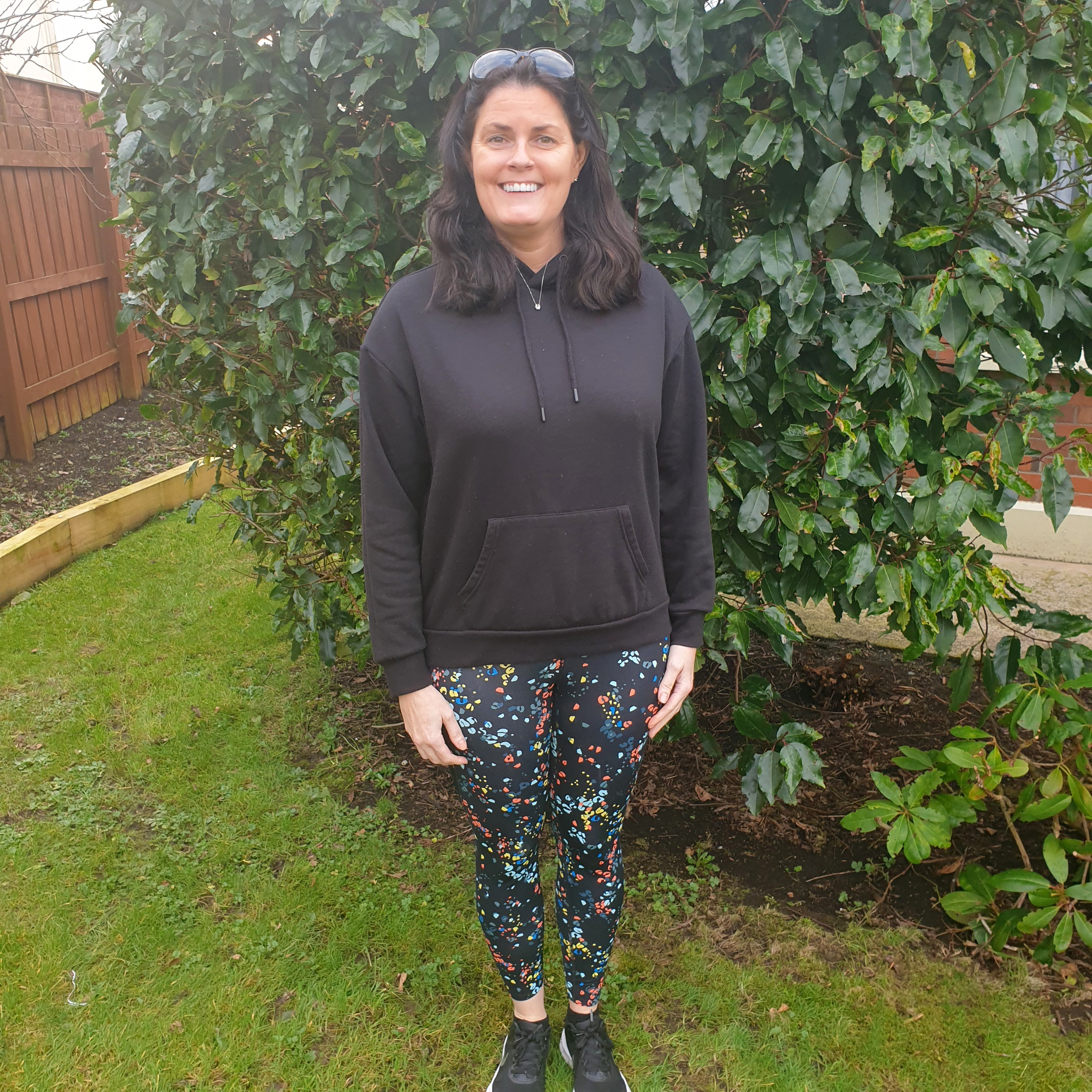 Like so many across the UK, Tara, 45, had been sinking bottle after bottle of wine as a way of coping with the pandemic.

“During the first lockdown, I went from drinking a few glasses of sauvignon blanc on Saturday and Sunday, to having up to four bottles every weekend, to then drinking during the week too.

“Before I knew it, I was sinking up to 50 units in total – more than three times the recommended limit of 14 for women,” says Tara, who lives in Omagh, County Tyrone.

“Drinking was a way of handling all the terrifying Covid news and the impact it was having on my life.

"It quickly began to spiral out of control, leaving me afraid that it was becoming a dangerous addiction.”

Tara is not alone. In September, the Royal College of Psychiatrists said the number of high-risk drinkers (those consuming more than the recommended limit) had nearly doubled since February, from 4.8 million to 8.4 million, while the Office for National Statistics revealed last month that alcohol-related deaths climbed 16% between January and September last year.

And it’s not just alcohol abuse – in September, Priory centres across the UK recorded a 150% rise in enquiries compared to the previous April about a variety of addictions.

Consultant psychiatrist Dr Niall Campbell, an addictions expert at London’s Priory Hospital in Roehampton, confirms that he and colleagues have seen a sharp spike over the last 12 months. 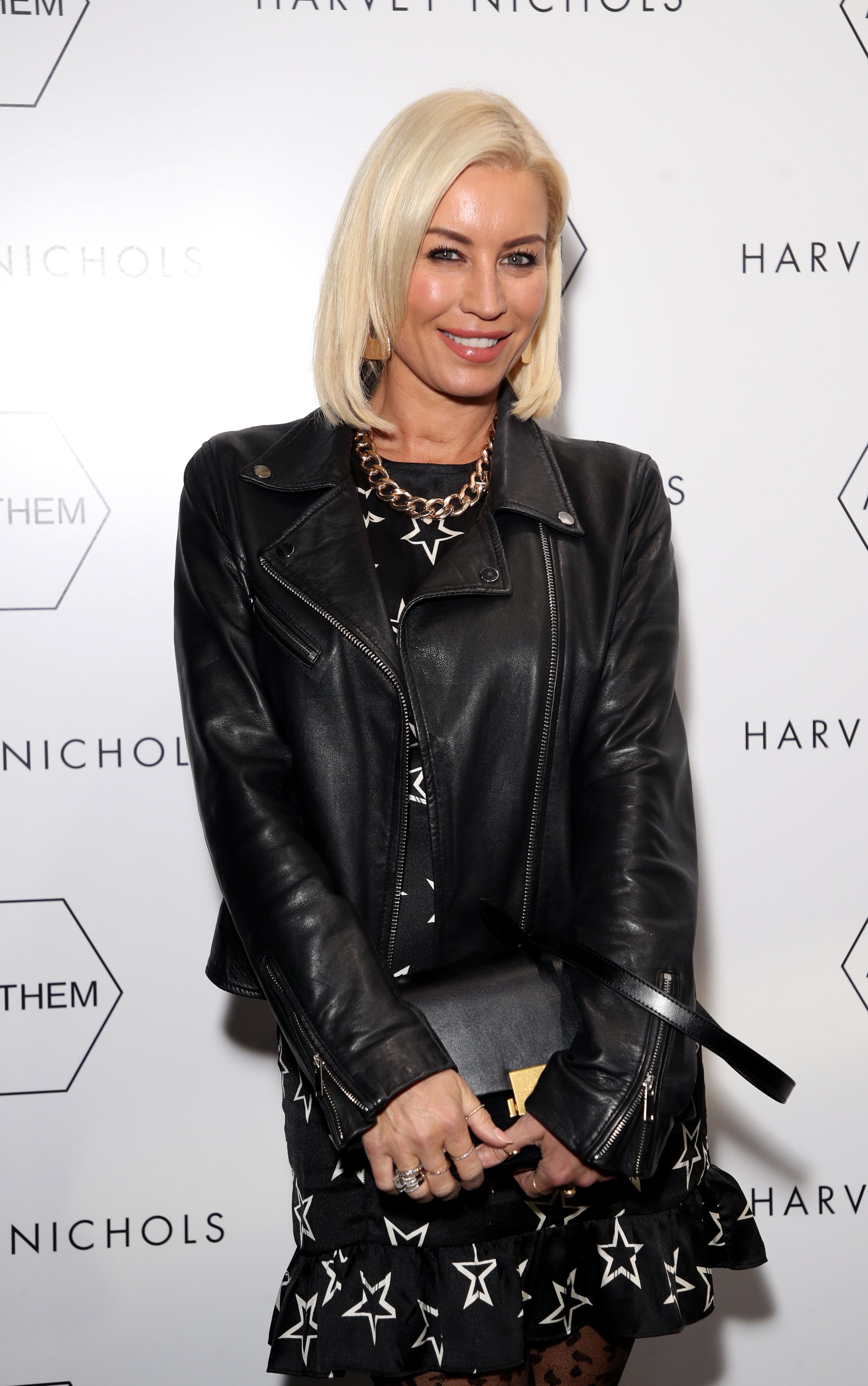 “One patient told me that the expression ‘working from home’ had just become ‘drinking from home’,” he tells Fabulous. “It’s mostly been alcohol and drug addictions, but we’re treating things like gambling addiction, too.”

Locked-down celebs also found themselves drinking more heavily. In June, presenter Denise Van Outen, 46, admitted she’d had three weeks “off the wagon” after a year sober (she’d quit alcohol after using it as a coping mechanism when she broke her foot in 2018).

And in November, singer Miley Cyrus, 28, said she was two weeks sober again after “slipping” and drinking during the pandemic.

For Tara, a manager at a cancer drop-in centre, alcohol never posed a threat until last March.

“I didn’t drink much pre-Covid. I wouldn’t touch a drop on Friday nights because I always did Parkrun on Saturday mornings, and then I only had a glass or two on a Saturday and Sunday evening,” she says. 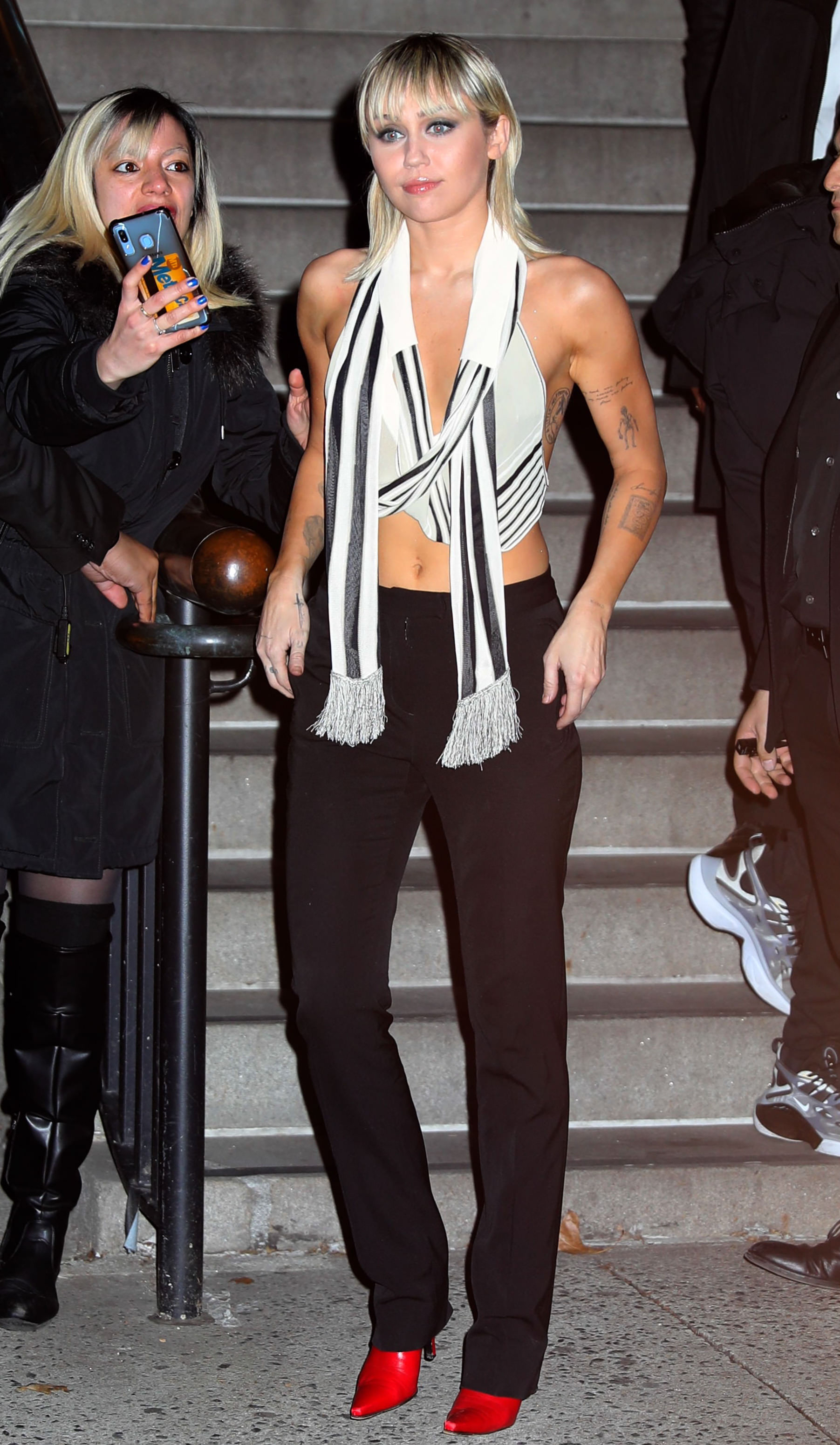 Tara lives with her dad Eugene, 89, after moving in to help care for her late-mum Carmel, who died of multiple sclerosis in 2015.

Her dad has the lung condition COPD, and the combination of his age and illness left him especially vulnerable to Covid, so to protect him, Tara didn’t meet up with friends or her boyfriend of four years, Kevin, 47, an innovation manager.

“It was really difficult, but I was so worried about infecting my dad,” says Tara. “That fear, combined with the PM’s grim daily briefings, led me to cope by drinking more and more.

“There was no Parkrun any more, so Friday nights became about having a bottle while watching TV and falling asleep by 9pm,” she remembers.

'I FELT ANXIOUS ALL THE TIME'

“I’d sit outside with a couple of beers on a Saturday afternoon, before drinking a whole bottle of wine in the evening. That spilled into Sunday, when I’d open another bottle.”

Before long, it had affected the rest of her week, too.

“What used to be purely a weekend treat became a regular weeknight thing,” she says. “I’d crack open a bottle if I’d had a tough day or I needed a ‘reward’ to get me through.

“I’d fall asleep, intoxicated, but then be awake at 2am and toss and turn all night. The awful hangovers meant I felt anxious and irritable all the time and stopped exercising.

"I tried to eat healthily to mitigate the wine calories, but I still put on nearly a stone, going from a size 12 to a 14.

“At work my concentration definitely suffered, my productivity was lower, and I always felt tired and groggy if I’d had the best part of a bottle the night before.

"Every time I woke up with a throbbing head I’d say: ‘No more’, but the next week I’d repeat the cycle. I started to question whether I was becoming an alcoholic, but drinking had become my comfort blanket.”

Online shopping addiction has shot up during the pandemic, too, with many people opting to stagger payments through “buy now, pay later” services like Clearpay and Klarna – endorsed by celebs such as Love Island stars Anna Vakili and India Reynolds.

According to a Financial Conduct Authority report last month, sign-ups to such schemes trebled over the past year, leaving millions facing mounting debt.

As The Sun revealed in January, Scarlett Moffatt’s mum Betty, 50, reportedly stole £50,000 from her daughter to try to win back losses she’d racked up in online casinos. 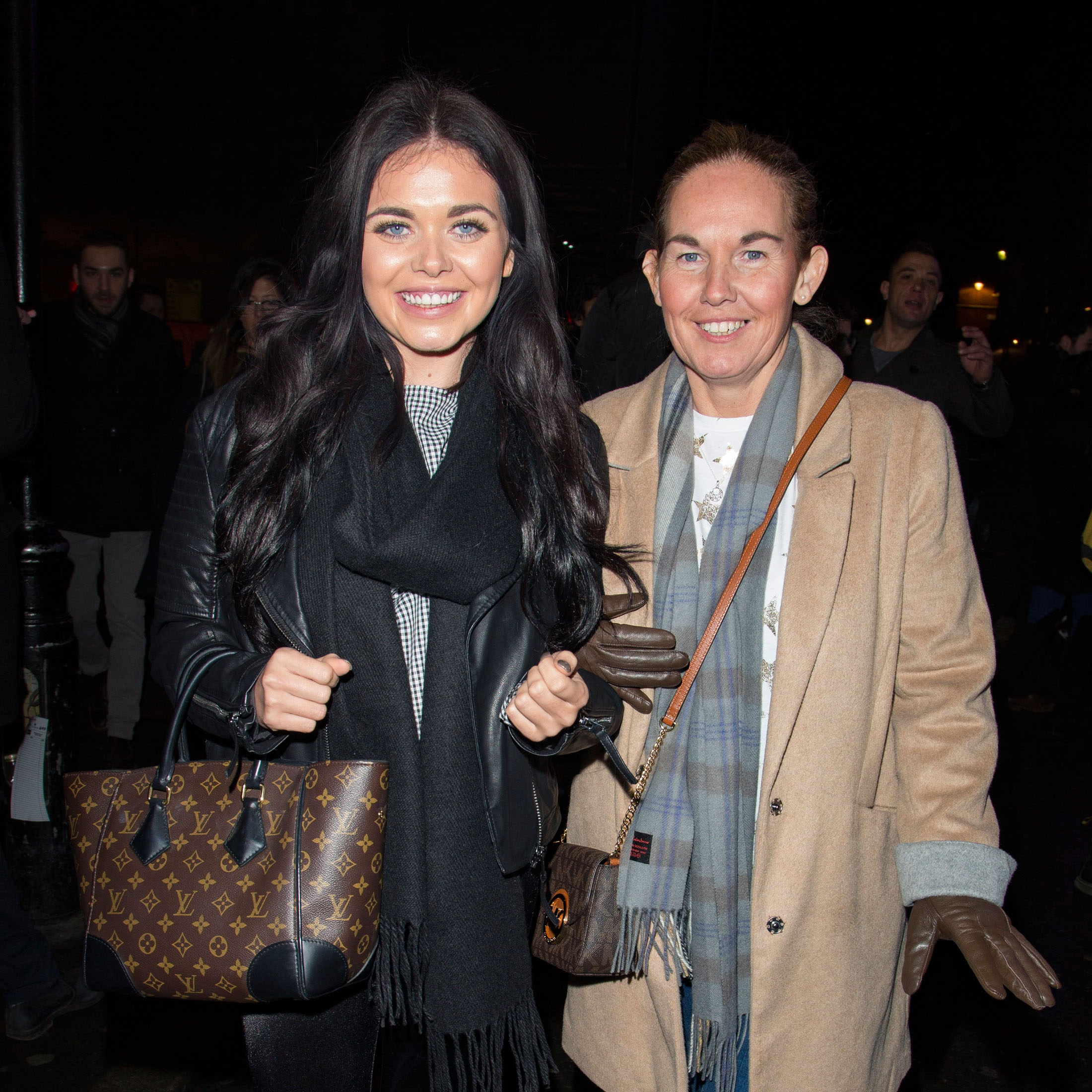 For accounting student Nicola Murphy, 25, from Glasgow, online gambling had only ever been an occasional flutter – until the pandemic hit in March 2020.

“I’m a massive Celtic fan, and had enjoyed an odd bet every now and again,” she says. “But in the first lockdown I started betting every single day of the week – either on football, horse racing or the lottery and Monopoly apps.

“I started off at just £1 or £2 a day, but that quickly jumped up to £10, and I probably would have spent more if I’d had it. As I had no uni classes and was on furlough from my bar job, it was partly boredom, but also to distract me from the pandemic news.

“When I won, it was only about £40, but it gave me such a buzz. When I lost, it was the opposite – a horrible feeling that panicked me into thinking I had to win back what I’d lost.”

Nicola quickly grew addicted and continued spending £70 a week on her habit throughout the rest of 2020. “It might not sound like a lot of money to some people, but it was half my £140 a week furlough income,” she says.

Currently single and living with her parents, Nicola struggled to contribute towards household bills and groceries.

“I was so embarrassed, I didn’t say anything to my mum or dad about my gambling – they just thought I was spending what little I had on online shopping. I wish I could have confided in them, as I was worried it was spiralling out of control.” 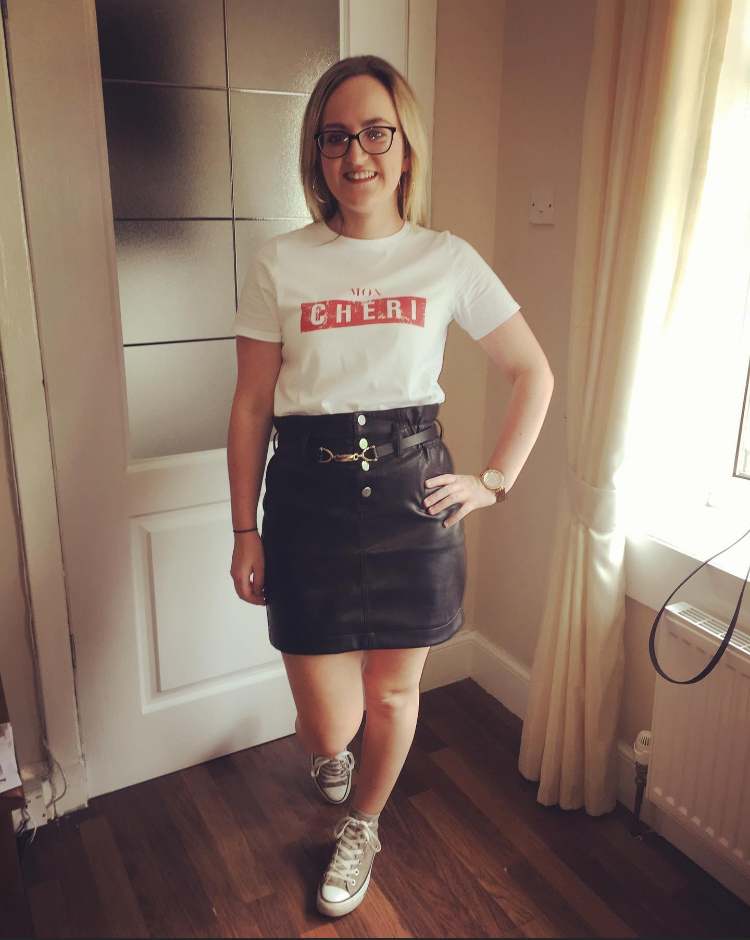 “Twenty years ago, I rarely saw women with this issue, but I’ve seen a rapid rise since this last lockdown,” she says. “By January 2021, the novelty of staying home had disappeared and people were looking for a release.

I’ve treated many women on Zoom who said: ‘I can’t do this. I’m trying to work, look after the kids, and I’m arguing with my partner.’ The only time they can switch off is when they gamble. It offers an escape.”

For Nicola, the escape gambling gave her came to an abrupt end when she couldn’t even afford to buy her parents Christmas gifts – and realised she’d spent around £700 on online betting since the start of the pandemic.

“That was my lowest point,” she says. “Because my parents didn’t know I’d gambled away my furlough pay and thought I just couldn’t afford it, they were so gracious about not having any gifts, which made me feel even worse.

“So in January, I went cold turkey and deleted all the gambling apps from my phone. It was really tough, because there’s always the temptation to go in and have one more little bet, but I still haven’t placed one.

"I haven’t felt able to discuss my problem with friends or family yet, as it was a horrible cycle that I struggled to get out of, but I’m much happier now I’ve stopped. I’ll do my best never to bet again, though I know it will be hard.”

For Tara, her turning point came when her dad and boyfriend grew concerned. “My dad started to say he was worried I was drinking too much, too often, but I justified it by saying everyone was drinking more,” she says 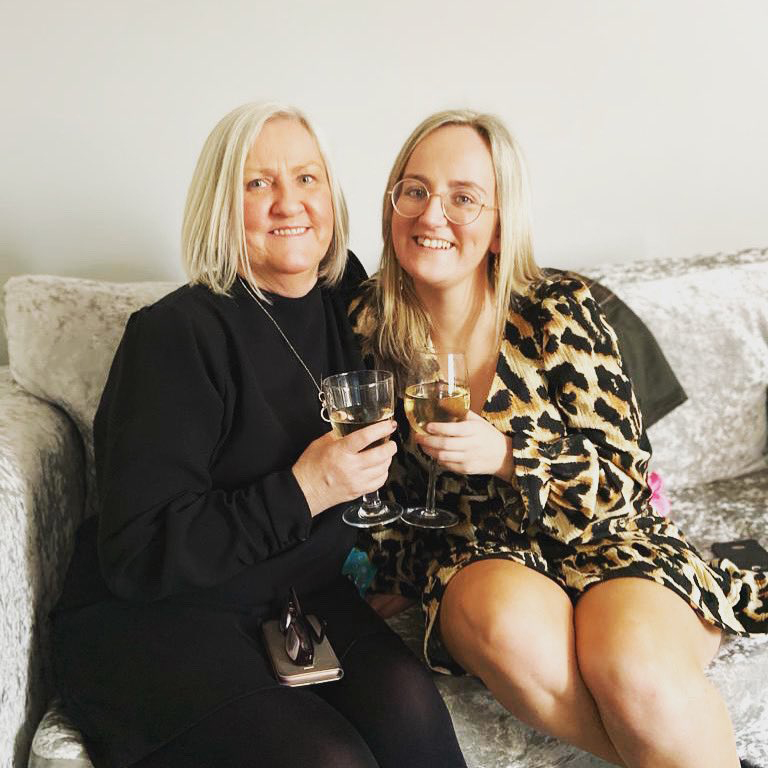 “Then, after restrictions were eased in the summer and I could meet up with Kevin, he’d raise an eyebrow as I continued to top up my wine glass. He’s not much of a drinker, but he’d often arrive at mine on a Saturday at 7.30pm, when I was already nearly a bottle down. Then he’d barely get 15 minutes of conversation from me before I fell asleep.”

As the months rolled by, Tara started to accept she needed to cut back. “I could see that my relationship with wine had become really unhealthy, so I attempted Sober October – but didn’t even last a week,” she says.

“Then, before Christmas, Kevin questioned how it could be affecting my health, which was mortifying as I knew he was right.”

This was the push Tara needed, and she eventually signed up to Dry January using the Alcohol Change app. “It was really hard to resist the urge to open a bottle, but I did it.

"Soon I had much more energy, less anxiety and fewer mood swings. I also started running again and my sleep improved,“ she says.

“I’m determined not to slip back into that pattern, and I gave up booze again for Lent. I think I will drink again in future, but never to that level. It’s frightening how easily it became a dangerous crutch.” 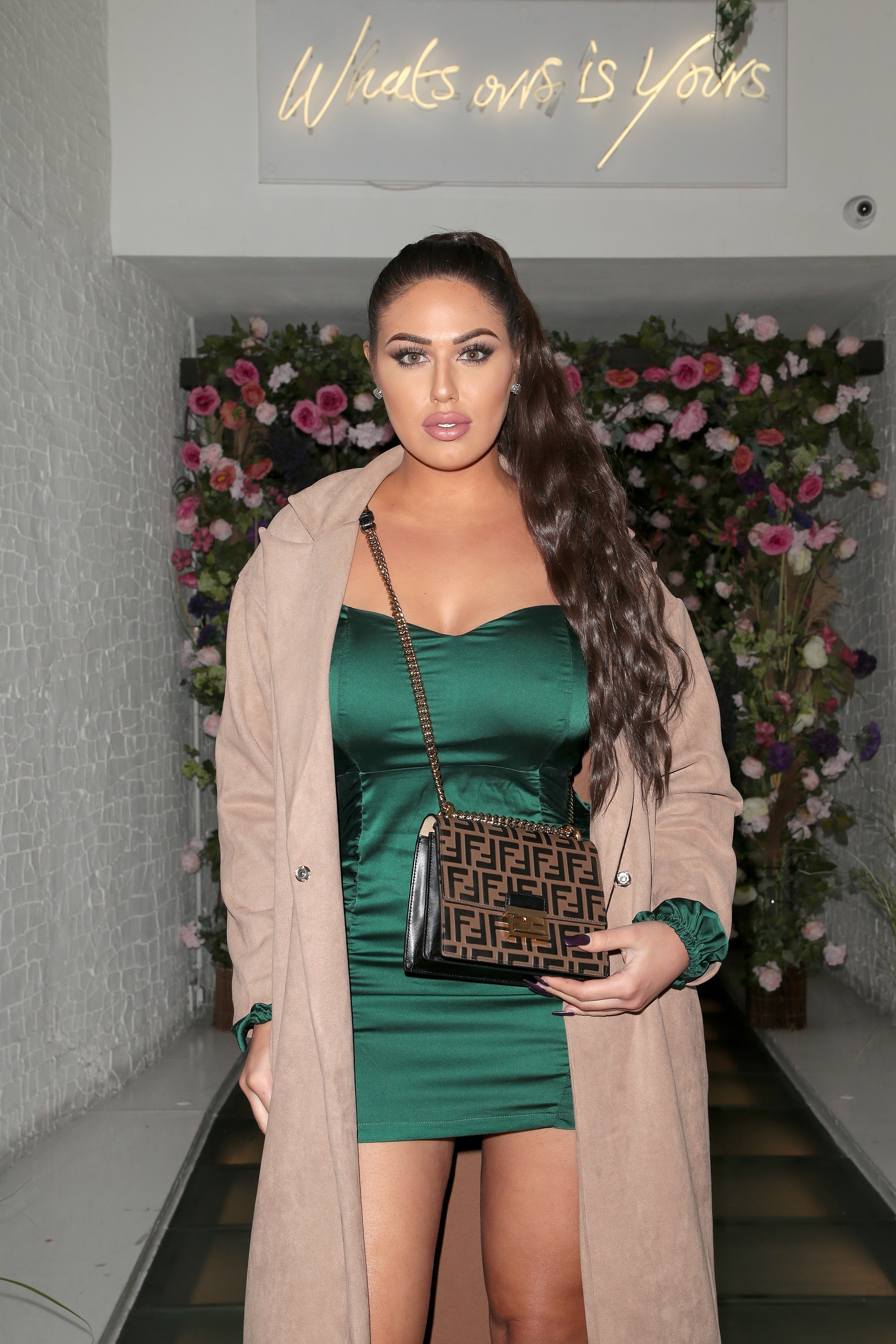 If you’re worried about behaviours that have become addictive, Dr Campbell says there are ways to tackle them, including finding allies to help.

“Spend time with friends who don’t drink, gamble or shop compulsively,” he says. “Take up a new hobby with them – go running together, or swap lagers for lattes.

"And be honest. You need to study your behaviour to assess the true toll on your physical, mental and emotional health. Are you constantly exhausted or falling into debt? This will help you decide to make changes.”

But while Tara and Nicola feel they now have their issues under control, the Royal College of Psychiatrists has warned that addiction services will be unable to treat “huge numbers” of new patients post-pandemic, after being “starved of funding” for years.

“Boredom, relationship stress, frustration, fear, loneliness, grief and insecurity have all played their part in leading many people to self-medicate with drink, drugs or gambling during the Covid-19 pandemic,” says Dr Campbell.

“But even though lockdown and restrictions are now being eased, difficult-to-break addictive habits have formed. We expect a worrying new surge of demand for treatment, which could extend for years.”

Visit Alcoholchange.org.uk for information about the Try Dry app and Sober Spring.